Born to Fight (aka Nato per combattere) is a 1989 action film, starring Brent Huff, John van Dreelen, Werner Pochath and Mary Stavin. The film was shot on Philippines due to low budget in 1988 and is the third time − after Strike Commando 2 (1988) and Cop Game (1988) − when Brent Huff worked with director Bruno Mattei.

Action film is a film genre in which the protagonist or protagonists are thrust into a series of events that typically include violence, extended fighting, physical feats, and frantic chases. Action films tend to feature a resourceful hero struggling against incredible odds, which include life-threatening situations, a villain, or a pursuit which usually concludes in victory for the hero. Advancements in CGI have made it cheaper and easier to create action sequences and other visual effects that required the efforts of professional stunt crews in the past. However, reactions to action films containing significant amounts of CGI have been mixed, as films that use computer animations to create unrealistic, highly unbelievable events are often met with criticism. While action has long been a recurring component in films, the "action film" genre began to develop in the 1970s along with the increase of stunts and special effects. Common action scenes in films are generally, but not limited to, explosions, car chases, fistfights, and shootouts.

Brent Huff is a model, actor, writer and film director.

John van Dreelen was a Dutch-born American-based actor, who frequently performed on television from the 1960s to the 1980s.

Super tough Vietnam Veteran Sam Woods (Huff) is a survivor of a vicious prison camp where he was brutally and painfully tortured before finally managing to escape. When Wood returned to rescue his friends, he found that they were already dead. Some time later a woman named Maryline Kane (Stavin) offers him a tremendous amount of money if he will accompany her back to the area where the prison camp was to do interviews for a documentary story. It all turns out to be a lie − her father is now a prisoner of that same camp where Wood was tortured, and she knows that only a man like Wood can help set him free. Sam adopt a proposal, but then situation came out to be much more complicated, because the camp is now run by an old nemesis Duan Loc (Pochath).

Romano Puppo was an Italian stuntman and film and television actor.

Claudio Fragasso is a film director and screenwriter. Fragasso started in the Italian film industry in the mid-1970s working as a screenwriter and first attempted to make art films in the early 1970s. Fragasso met with director Bruno Mattei which led to partnership of about 15 years with the two working together on films, with Fragasso often going uncredited. Fragasso would also make his own films in the 1980s including Monster Dog with rock musician Alice Cooper and After Death. Fragasso would make the film Troll 2 in 1989 which later went on to become popular enough to have a documentary Best Worst Movie follow the making and cult fandom of the film.

Hart's War is a 2002 American thriller drama film about a World War II prisoner of war (POW) camp based on the novel by John Katzenbach. It stars Bruce Willis as Col. William McNamara and Colin Farrell as Lt. Thomas Hart. The film co-stars Terrence Howard, Cole Hauser and Marcel Iureş. The film, directed by Gregory Hoblit, was shot at Barrandov Studios in Prague, and released on February 15, 2002. The film earned mixed reviews and did poorly at the box office.

Fort Breendonk is a military fortification situated at Breendonk, near Mechelen, in Belgium which is best known for its role as a Nazi prison camp (Auffanglager) during the German occupation of Belgium during World War II.

Mary Ann-Catrin Stävin is a Swedish actress and model who won Miss World 1977 in London. She is the third Swede to win the Miss World crown.

British Army corporals Derek Wood and David Howes were killed by the Provisional IRA on 19 March 1988 in Belfast, Northern Ireland, in what became known as the corporals killings. The undercover soldiers—wearing civilian clothes, both armed with Browning Hi power pistols and in a civilian car—drove into the funeral procession of an IRA member. Three days before, loyalist Michael Stone had attacked an IRA funeral and killed three people. Believing the soldiers were loyalists intent on repeating Stone's attack, dozens of people surrounded and attacked their car. During this, Corporal Wood drew his service pistol and fired a shot in the air. The soldiers were then dragged from the car and taken to a nearby sports ground where they were beaten, stripped and searched. They were then driven to nearby waste ground where they were shot dead.

Pale Horse Coming (ISBN 0-684-86361-8) is a novel by Stephen Hunter published in 2001. It is his second book in the series featuring the character of Earl Swagger.

The Guantanamo Bay detention camp is a United States military prison located within Guantanamo Bay Naval Base, also referred to as Guantánamo, G-Bay, GTMO, and Gitmo, which is on the coast of Guantánamo Bay in Cuba. Indefinite detention without trial and torture have led the operations of this camp to be considered a major breach of human rights by Amnesty International and a violation of Due Process Clause of the Fifth and Fourteenth amendments of the United States Constitution. 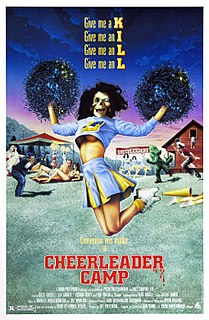 Cheerleader Camp is a 1988 American slasher film directed by John Quinn, and starring Betsy Russell, Leif Garrett, Lucinda Dickey, George "Buck" Flower, Teri Weigel, and Rebecca Ferratti. The plot follows a series of murders that occur over a weekend at a cheerleader camp during a competition.

Music can be used as a tool of psychological warfare. The term "music torture" is sometimes used to describe the practice. While it is acknowledged by United States interrogation experts to cause discomfort, it has also been characterized as having no "long-term effects". 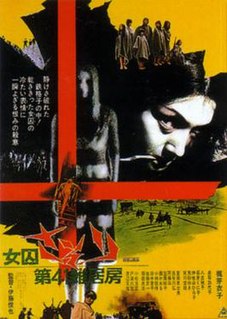 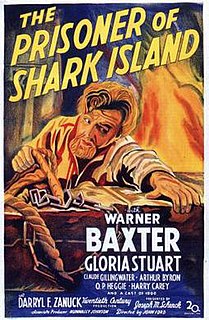 The Gabela camp or Gabela prison was a prison camp run by the Croatian Community of Herzeg-Bosnia and Croatian Defence Council in Gabela. The camp was located several kilometres south of Čapljina. Its prisoners consisted of Bosniaks and Serbs.

Wrong Turn 3: Left for Dead is a 2009 American horror film directed by Declan O'Brien and starring Tom Frederic, Janet Montgomery, and Tamer Hassan. It is a sequel to Wrong Turn 2: Dead End (2007) and the third installment in the Wrong Turn franchise. The film was released on DVD on October 20, 2009.

Camp No is an alleged secret detention and torture facility related to the United States detainment camps located in Guantánamo Bay, Cuba. On January 18, 2010, Scott Horton asserted in an article in Harper's magazine, the result of a joint investigation with NBC News, that such a facility was maintained outside the regular boundaries of the Guantanamo Bay detention camps.

Chongori concentration camp is a reeducation camp in North Korea. The official name of the camp is Kyo-hwa-so No. 12.

Conditions inside North Korean prison camps are unsanitary and life-threatening. Prisoners are subject to torture and inhumane treatment. Public and secret executions of prisoners, even children, especially in cases of attempted escape, are commonplace. Infanticides also often occur. The mortality rate is very high, because many prisoners die of starvation, illnesses, work accidents, or torture.