Boumerdès (Arabic: بومرداس; Kabyle: Bumerdes; Bumardas or Bomardas; formerly Rocher Noir) is the capital city of Boumerdès Province, Algeria. It is located on the Mediterranean Sea. It had a population of 28,500 in 1998 and 15,000 in 1987. [1]

Boumerdès is a seaside city located in the north of Algeria about 50 km east of Algiers and 50 km west of Tizi Ouzou. During French occupation of Algeria, the city was named Rocher Noir, translated from French as Black Rock.

It is the capital city of Wilaya (district) of Boumerdès. The 6.8 Mw Boumerdès earthquake shook northern Algeria with a maximum Mercalli intensity of X (Extreme). More than 2,200 people were killed, over 10,000 were injured, and a moderate tsunami sank boats at the Balearic Islands. The city became the capital of the province, having the same name, according to the administrative division in 1984. 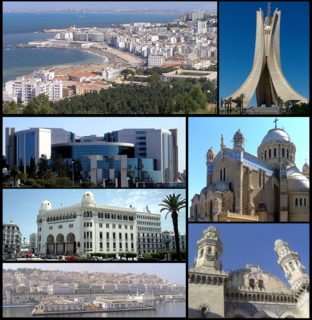 Grenoble is the prefecture and largest city of the Isère department in the Auvergne-Rhône-Alpes region of Southeastern France. It lies at the foot of the French Alps where the river Drac joins the Isère. A significant European scientific centre, the city advertises itself as the "Capital of the Alps", due to its size and its proximity to the mountains.

Oran is a major coastal city located in the north-west of Algeria. It is considered the second most important city of Algeria after the capital Algiers, due to its population, commercial, industrial, and cultural importance. It is 432 km (268 mi) from Algiers. The total population of the city was 759,645 in 2008, while the metropolitan area has a population of approximately 1,500,000 making it the second largest city in Algeria.

The Pieds-Noirs are the people of French and other European origin who were born in Algeria during the period of French rule from 1830 to 1962, the vast majority of whom departed for mainland France as soon as Algeria gained independence, or in the months following. Depending on context, the definition can also include the Algerian Jews, who had been granted French nationality by the Crémieux Decree. 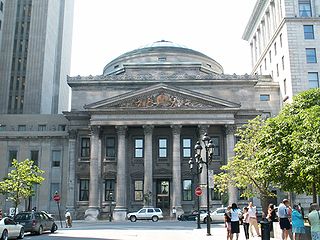 The economy of Quebec is diversified and post-industrial with an average potential for growth. Manufacturing and service sectors dominate the economy. If Quebec were a country, its economy would be ranked the 44th largest in the world just behind Norway. Quebec is also ranked the 21st largest in the Organisation for Economic Co-operation and Development. The economy of Quebec represents 19.65% of the total GDP of Canada. 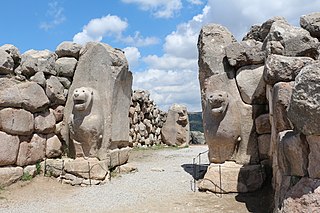 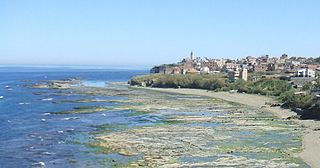 Sarh, formerly French colonial Fort Archambault, is the capital of the Moyen-Chari Region and of the Department of Barh Köh in Chad.

Annaba, formerly known as Bona and Bône, is a seaport city in the northeastern corner of Algeria, close to Tunisia. Annaba is close to the small Seybouse River, and it is in the Annaba Province. With a population of about 464,740 (2019) and 1,000,000 for the metropole, Annaba is the 3rd largest city in Algeria. It is the leading industrial center in Algeria.

Sonatrach (Arabic:سوناطراك) is the national state-owned oil company of Algeria. Founded in 1963, it is known today to be the largest company in Africa with 154 subsidiaries, and often referred as the first African oil "major".

Hassi Messaoud is a town in Ouargla Province, eastern Algeria, located 85 kilometres (53 mi) southeast of Ouargla. As of 2008 it had a population of 45,147 people, up from 40,360 in 1998, and an annual population growth rate of 1.1%, the lowest in the province. Oil was discovered there in 1956 and the town's prominence has grown rapidly since then; it is considered as the First Energy town in Algeria where all the big oil and gas companies have offices and bases. It is an oil refinery town named after the first oil well. A water well, dug in 1917, can be found on the airport side of town. Today there are over 800 wells within a 25 kilometres (16 mi) radius of the town.

Events from the year 2008 in Algeria. 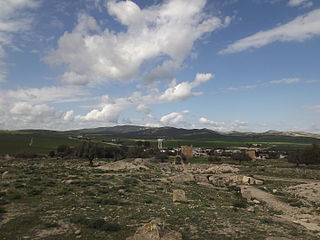 The Algerian Petroleum Institute, is a national graduate institute of petroleum engineering located in Boumerdès, Algeria. Commonly known as "IAP", the school was established in 1965 in collaboration with the French Institute of Petroleum with a mission of providing graduate engineers and high skilled technicians to Sonatrach, the national state-owned oil company of Algeria.

The Faculty of Sciences is an Algerian faculty, located in the city of Boumerdès, Algeria.It is part of the University of Boumerdès. It was established in 1998.