Last updated June 09, 2021
This article is about a commune in Buzău County. For the town in Prahova County, see Breaza.
Commune in Buzău, Romania 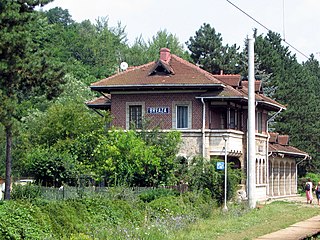 Constantin Dăscălescu was a Romanian communist politician who served as Prime Minister of Romania during the communist rule of Nicolae Ceaușescu until the Romanian Revolution.

Breaza may refer to several places in Romania:

Breaza de Sus may refer to several villages in Romania:

Lisa is a commune located in Brașov County, Transylvania, Romania, in the Făgăraș area. It is well known in the area for its winter holidays customs.

The Luț is a right tributary of the river Mureș in Transylvania, Romania. It discharges into the Mureș near Glodeni. Its length is 48 km (30 mi) and its basin size is 359 km2 (139 sq mi). It passes through the villages Monor, Batoș, Goreni, Breaza and Voivodeni. Its main tributaries are, from source to mouth: 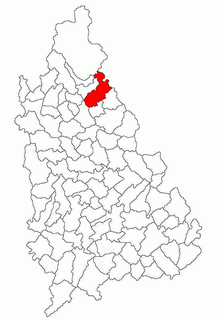 The Breaza is a left tributary of the river Olt in Romania. It discharges into the Olt in Voila. Its source is in the Făgăraș Mountains. Its length is 33 km (21 mi) and its basin size is 65 km2 (25 sq mi). 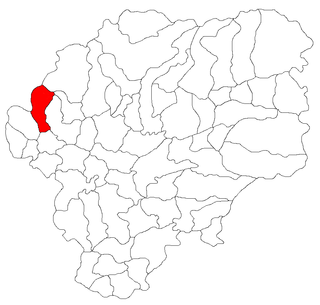 Negrilești is a commune in Bistrița-Năsăud County, Transylvania, Romania. It is composed of three villages: Breaza (Emberfő), Negrilești and Purcărete (Porkerec). These belonged to Ciceu-Giurgești Commune until 2002, when they were split off. 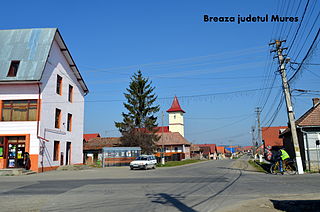 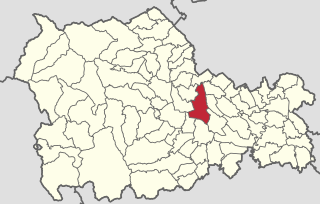 The 2008–09 Liga III season was the 53rd season of Liga III, the third tier of the Romanian football league system.

Fotbal Club Politehnica Iași, commonly known as Politehnica Iași or simply Poli Iași, is a Romanian professional football club based in the city of Iași, Iași County, currently playing in the Liga I.

The Dacian Fortress of Breaza was a Dacian fortified town.

Răzvan Adrian Dâlbea is a Romanian footballer who currently plays for FC Hermannstadt.