Bret Michaels: Life as I Know It

Bret Michaels: Life As I Know It is an American reality documentary television series on VH1 that debuted October 18, 2010 and aired weekly episodes at 10:30 p.m. on Mondays. [1] It is the series following Rock of Love and chronicles the lives of Bret Michaels and his family. [2] [3] Filming of the series began before Michaels' health troubles, and filming was suspended after his hospitalization. Production resumed when it was cleared by his doctors. [2] The pilot for the series aired on May 31, 2010, one week after Michaels was announced the winner of Celebrity Apprentice 3 on NBC. [4] [5] [6]

A music video was produced for "Riding Against the Wind" a song from Michaels' latest album Custom Built that also doubles as the theme song for Bret Michaels: Life As I Know It. The music video contains footage from the series and was released on October 7, 2010 exclusively on Billboard . [7] 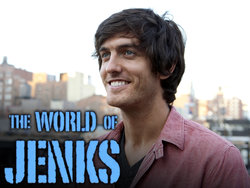 World of Jenks is an American documentary television series on MTV. The series premiered on September 13, 2010 following the 2010 MTV Video Music Awards. The second season of the series debuted on March 4, 2013 and consists of ten one-hour episodes.

Mario Lopez: Saved by the Baby is an American reality television series on VH1 that debuted on November 1, 2010. The series chronicles the life of Mario Lopez and his girlfriend Courtney Mazza as they prepare for the arrival of their baby.

The sixth season of Weeds premiered on August 16, 2010, on the television cable network Showtime, and consisted of 13 episodes. 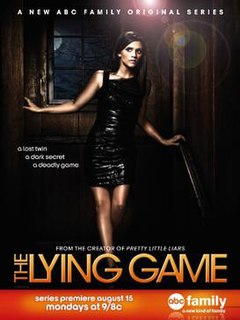 The first season of The Lying Game, based on the book series of the same name by Sara Shepard. The series premiered on August 15, 2011 and concluded on March 5, 2012 on ABC Family. It follows long-lost twins Emma Becker and Sutton Mercer. Separated under mysterious circumstances, Sutton was adopted by the wealthy Mercer family in Phoenix, while Emma grew up in the foster system. When the twins reunite as teenagers, they keep it a secret. While Sutton goes in search of the truth, Emma takes over her life and discovers more secrets and lies than she could have imagined.

The first season of American animated television series Regular Show, created by J. G. Quintel, originally aired on Cartoon Network in the United States. Many of the characters are loosely based on those developed for Quintel's student films at California Institute of the Arts: The Naïve Man From Lolliland and 2 in the AM PM. Quintel pitched Regular Show for Cartoon Network's Cartoonstitute project, in which the network allowed young artists to create pilots with no notes to possibly be optioned as a show. After being green-lit, Quintel recruited several indie comic book artists, plus some of the crew members he had worked with on The Marvelous Misadventures of Flapjack, to compose the staff of the show, as their style matched close to what he desired for the series. Regular Show was picked up by Cartoon Network, who decided to create a twelve-episode first season.

Thintervention with Jackie Warner is an American reality television series which premiered on September 6, 2010, on Bravo. The first season averaged 810,000 viewers. The show did not return for a second season.

The second season of The Real Housewives of New Jersey, an American reality television series, was broadcast on Bravo. It aired from May 3, 2010 until September 6, 2010, and was primarily filmed in Franklin Lakes, New Jersey. Its executive producers are Rebecca Toth Diefenbach, Valerie Haselton, Lucilla D'Agostino, Jim Fraenkel, Omid Kahangi, Caroline Self, Tess Gamboa Meyers and Andy Cohen.