His son, Andrew Ackland-Snow has also gone on to become an art director in films. [4]

This page lists the winners and nominees for the NAACP Image Award for Outstanding Music Video. Currently Alicia Keys holds the record for most wins in this category with five.

This page lists the winners and nominees for the NAACP Image Award for Outstanding Song. The award was first given in 1972, before being retired until the 1996 ceremony. In 2017 the category was divided, honoring traditional and contemporary songs separately. Since its conception, Alicia Keys holds the record for most wins in this category with five.

Cléopâtre-Diane de Mérode was a French dancer of the Belle Époque. She has been referred to as the "first real celebrity icon" and the "first modern celebrity". She was also the first woman whose photographic image, due in particular to photographers Nadar and Léopold-Émile Reutlinger, was distributed worldwide.

The Battle of Cárdenas was a minor naval engagement of the Spanish–American War fought on 11 May 1898 in the port of Cárdenas, Cuba, between an American squadron of 5 ships under Captain Chapman C. Todd and 3 small Spanish vessels under Mariano Mateu. The battle resulted in an unusually costly American reverse that dissuaded the U.S. Navy from undertaking further attacks on the port.

Edward Aloysius Murphy Jr. was an American aerospace engineer who worked on safety-critical systems. He is best known for his namesake Murphy's law, which is said to state, "Anything that can go wrong will go wrong".

Leatherneck Magazine of the Marines is a magazine for United States Marines.

The Snows of Kilimanjaro is a 1952 American Technicolor film based on the 1936 short story of the same name by Ernest Hemingway. It is directed by Henry King, written by Casey Robinson, and starred Gregory Peck as Harry, Susan Hayward as Helen, and Ava Gardner as Cynthia Green. The film's ending does not mirror the story's ending. 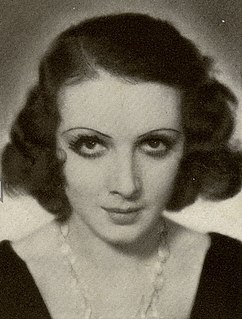 Philippine Amann, known professionally as Betty Amann, was a German-American film actress. Born to American parents in Germany, she began her acting career in the United States with the film The Kick-Off (1926). She is perhaps best known for her role in Asphalt (1929).

Robert MacGregor Dawson (1895–1958) was a Canadian political scientist who served as Professor of Political Economy at the University of Toronto. He is best known as coauthor with Norman Ward of the 1947 textbook The Government of Canada.

Gina Palerme was a French actress and dancer.

Kisses is a term used in the United States, Canada, and Great Britain to describe various items of small sugar confectionery, defined by their shape rather than a similar recipe. The most famous brand using this name is Hershey's Kisses, which were first produced in the US in 1907. It is sometimes applied to confections with a hard exterior and a soft filling, such as chocolate-dipped marshmallows, or two small biscuits or cookies sandwiched together with a soft icing. There are corresponding terms in other countries, such as the Italian bocconetti di mandorla and the Indian cool kiss.

Charles Raymond "C. R." Macauley was an American cartoonist and illustrator. He was also involved in the film business.

Devir (Turkish) Dawr دور (arabic). Is a concept in Alevism translated as cycle. It is the cycle to perfection. It is described by many alevi saints and poets as Devriye. This concept goes together with Tenasuh (turkish) Tanasukh التَّنَاسُخ (arabic) meaning reincarnation and Tekâmül (Turkish) takāmul تكامل (Arabic) meaning spiritual evolution. It is often described with concepts as Wahdat al-Wujud and Wahdat al-mawjud. There are two sides to creation, one from a spiritual centre to plurality, another from plurality to the spiritual centre. When somebody dies in the Alevi community the dede en people from the community say: devri daim olsun (turkish) meaning may his/her cycle be complete.

The Riga Higher Military Political School named after Marshal of the Soviet Union Sergey Biryuzov was a military academy in the Soviet Union located in the capital of the Latvian SSR, the city of Riga. In the years it existed, it trained military personnel in a number of specializations from its headquarters on Ezermalas Street.