Last updated March 06, 2021
Not to be confused with Broadway (microprocessor).
Fifth model generation of Intel Processor

Broadwell is the fifth generation of the Intel Core Processor. It's Intel's codename for the 14 nanometer die shrink of its Haswell microarchitecture. It is a "tick" in Intel's tick–tock principle as the next step in semiconductor fabrication. [2] [3] [4] Like some of the previous tick-tock iterations, Broadwell did not completely replace the full range of CPUs from the previous microarchitecture (Haswell), as there were no low-end desktop CPUs based on Broadwell. [5]

Broadwell is the last Intel platform on which Windows 7 is supported by either Intel or Microsoft; however, third-party hardware vendors have offered limited Windows 7 support on more recent platforms [6] .

Broadwell's H and C variants are used in conjunction with Intel 9 Series chipsets (Z97, H97 and HM97), [7] in addition to retaining backward compatibility with some of the Intel 8 Series chipsets.[ citation needed ]

Broadwell has been launched in three major variants: [8]

Broadwell's Intel Quick Sync Video hardware video decoder adds VP8 hardware decoding [23] and encoding [24] support. It adds VP9 and HEVC 10-bit decoding support through the integrated GPU. [25] HEVC decode is achieved through a combination of the fixed function video decoder and shaders. [26] Also, it has two independent bit stream decoder (BSD) rings to process video commands on GT3 GPUs; this allows one BSD ring to process decoding and the other BSD ring to process encoding at the same time. [27]

On September 10, 2013, Intel showcased the Broadwell 14 nm processor in a demonstration at IDF. Intel CEO Brian Krzanich claimed that the chip would allow systems to provide a 30 percent improvement in power use over the Haswell chips released in mid-2013. Krzanich also claimed that the chips would ship by the end of 2013; [42] however, the shipment was delayed due to low yields from Intel's 14 nm process. [43]

On October 21, 2013, a leaked Intel roadmap indicated a late 2014 or early 2015 release of the K-series Broadwell on the LGA 1150 platform, in parallel with the previously announced Haswell refresh. This would coincide with the release of Intel's 9-series chipset, which would be required for Broadwell processors due to a change in power specifications for its LGA 1150 socket. [44] [45]

On May 18, 2014, Reuters quoted Intel's CEO promising that Broadwell-based PCs would be on shelves for the holiday season, but probably not for the back-to-school shopping. [46]

Mobile CPUs were expected in Q4 2014 and high-performance quad-core CPUs in 2015. The mobile CPUs would benefit from the reduced energy consumption of the die shrink. [47] [48]

On June 18, 2014, Intel told CNET that while some specialized Broadwell-based products would be out in Q4 2014, "broader availability" (including mobile CPUs) would only happen in 2015. [49]

As of July 2014 [update] , Broadwell CPUs were available to Intel's hardware partners in sample quantities. [50] Intel was expected to release 17 Broadwell U series family microprocessors at CES 2015. [51] Also, according to a leak posted on vr-zone, Broadwell-E chips would be available in 2016. [52]

On August 11, 2014, Intel unveiled formally its 14 nm manufacturing process, and indicated that mobile variants of the process would be known as Core M products. Additionally, Core M products were announced to be shipping during the end of 2014, with desktop variants shipping shortly after. [53]

With Broadwell, Intel focused mainly on laptops, miniature desktops, and all-in-one systems. [54] This left traditional desktop users with no new socketed CPU options beyond fourth-generation Haswell, which first arrived in 2013. Even though the company finally introduced two Broadwell desktop chips in the summer of 2015, it launched its high-end sixth-generation Skylake CPUs very shortly thereafter. In September 2015, Kirk Skaugen, senior vice president and general manager of Intel's Client Computing Group, admitted that skipping desktops with Broadwell was a poor decision. Between the end-of-life for Windows XP in 2014 and the lack of new desktop chips, Intel had not given desktop PC users any good reasons to upgrade in 2015. [54]

On October 31, 2014, four more Broadwell based CPUs were launched belonging to Core M Family, increasing the number of launched Broadwell CPUs to seven. [57] 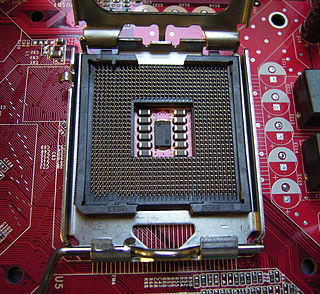 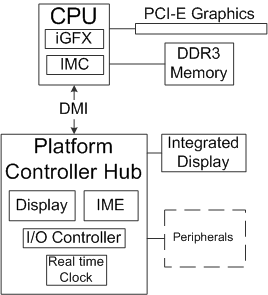 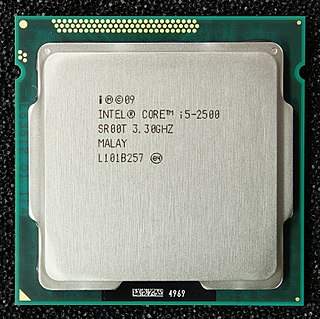 Intel X99, codenamed "Wellsburg", is a Platform Controller Hub (PCH) designed and manufactured by Intel, targeted at the high-end desktop (HEDT) and enthusiast segments of the Intel product lineup. The X99 chipset supports both Intel Core i7 Extreme and Intel Xeon E5-16xx v3 and E5-26xx v3 processors, which belong to the Haswell-E and Haswell-EP variants of the Haswell microarchitecture, respectively. All supported processors use the LGA 2011-v3 socket.