Brookton Highway is a 112 kilometres (70 mi) long undivided single carriageway highway in Western Australia, running from the southern Perth suburb of Kelmscott, through Westdale, to the southern Wheatbelt town of Brookton. It is signposted as State Route 40; however, the route and highway continue on far past Brookton, passing through Corrigin, Kondinin, Hyden, Lake King, and finishing at South Coast Highway, just west of Ravensthorpe.

Near its western terminus, the road passes through thick jarrah forest in the Darling Scarp; however further east, the landscape soon becomes flat, passing through wheat farming regions and wandoo woodlands until reaching Brookton.

The highway is a part of the route linking Perth to Esperance and is identified as a strategic freight and tourist route. [2] For most of the road it is able to cater for heavy vehicle combinations up to 36.5 m (120 ft) in length which generally carry grain and livestock. Tourism traffic, particularly to Wave Rock, is also prevalent along the western stretch of the road. 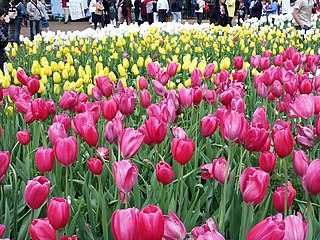 Roleystone is a suburb of Perth, Western Australia in the south eastern corridor. 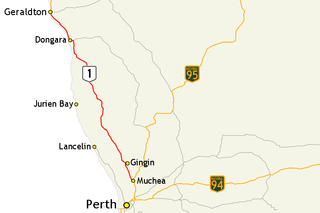 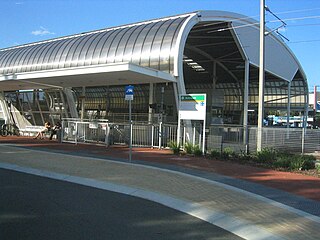 Kelmscott is a southeastern suburb of Perth, Western Australia in the local government area of the City of Armadale. It is 23 kilometres (14 mi) southeast of Perth along the Albany Highway. 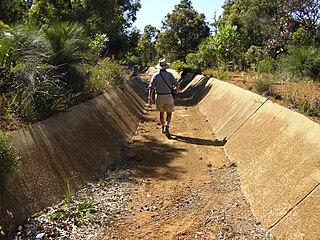 The Canning Contour Channel is a 16 kilometres (9.9 mi) series of man-made concrete channels and steel and cast-iron pipelines in the Darling Scarp in Western Australia constructed between July 1935 and December 1936. The project was a Depression era public works scheme to carry potable water from just below Canning Dam through the hills around and above Roleystone and Kelmscott to a screening, fluoridation and pumping station near Gosnells by following the natural contours of the Canning Valley—hence it was entirely gravity-fed. Where a tributary valley needed to be crossed, suspended or siphoning pipelines were used. From Gosnells, the water entered the city's pipeline distribution system. 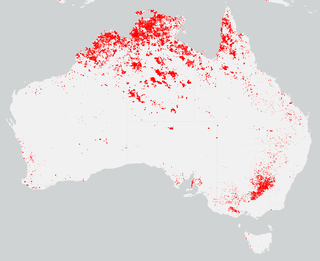 During the summer of 2010–11, a relative lack of bushfires occurred along Eastern Australia due to a very strong La Niña effect, which instead contributed to severe flooding, in particular the 2010–11 Queensland floods and the 2011 Victorian floods. As a result of these weather patterns, most major fire events took place in Western Australia and South Australia. Some later significant fire activity occurred in Gippsland in eastern Victoria, an area which largely missed the rainfall that lead to the flooding in other parts of the state.

Clackline Bridge is a road bridge in Clackline, Western Australia, 77 kilometres (48 mi) east of Perth in the Shire of Northam, that carried the Great Eastern Highway until 2008. It is the only bridge in Western Australia to have spanned both a waterway and railway, the Clackline Brook and the former Eastern Railway alignment. The mainly timber bridge has a unique curved and sloped design, due to the difficult topography and the route of the former railway. The bridge was designed in 1934 to replace two dangerous rail crossings and a rudimentary water crossing. Construction began in January 1935, and was completed relatively quickly, with the opening ceremony held in August 1935. The bridge has undergone various improvement and maintenance works since then, including widening by three metres (10 ft) in 1959–60, but remained a safety hazard, with increasing severity and numbers of accidents through the 1970s and 1980s. Planning for a highway bypass of Clackline and the Clackline Bridge began in the 1990s, and it was constructed between January 2007 and February 2008. The local community had been concerned that the historic bridge would be lost, but it remains in use as part of the local road network, and has been listed on both the Northam Municipal Heritage Inventory and the Heritage Council of Western Australia's Register of Heritage Places. 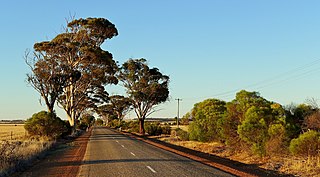