Buck Jones (born Charles Frederick Gebhart; December 12, 1891 [1] – November 30, 1942) was an American actor, known for his work in many popular Western movies. In his early film appearances, he was credited as Charles Jones.

Jones was born Charles Frederick Gebhart on the outskirts of Vincennes, Indiana, on December 12, 1891—some sources indicate December 4, 1889, but his marriage license and military records confirm the 1891 date. [2] In 1907 he joined the United States Army a month after his 16th birthday: his mother had signed a consent form that gave his age as 18. He was assigned to Troop G, 6th Cavalry Regiment, and was deployed to the Philippines in October 1907, where he served in combat and was wounded during the Moro Rebellion. Upon his return to the US in December 1909, he was honorably discharged at Fort McDowell, California.

Jones had an affection for race cars and the racing industry and became close friends with early driver Harry Stillman. Through his association with Stillman he began working extensively as a test driver for the Marmon Motor Car Company. Yet by October 1910 he had re-enlisted in the United States Army. Because he wanted to learn to fly, he requested a transfer to the Aeronautical Division, U.S. Signal Corps in 1913, without knowing that only an officer could become a pilot. He received his second honorable discharge from the Army in October 1913.

Following his military service he began working as a cowboy on the 101 Ranch near Bliss, Oklahoma. While attending equestrian shows he met Odille "Dell" Osborne, who rode horses professionally. The two became involved and married in 1915. Both had very little money, so the producers of a Wild West Show they were working on at the time offered to allow them to marry in an actual show performance, in public, which they accepted.

While in Los Angeles, and with his wife pregnant, Jones decided to leave the cowboy life behind and get a job in the film industry. He was hired by Universal Pictures for $5 per day as a bit player and stuntman. He later worked for Canyon Pictures, then Fox Film Corporation, eventually earning $40 per week as a stuntman. With Fox his salary increased to $150 per week, and company owner William Fox decided to use him as a backup to Tom Mix. This led to his first starring role, The Last Straw , released in 1920.

In 1925 Jones made three films with a very young Carole Lombard. He had more than 160 film credits to his name by this time and had joined Hoot Gibson, Tom Mix, and Ken Maynard as the top cowboy actors of the day. By 1928 he formed his own production company, but his independently produced film The Big Hop (a non-Western) failed. He then organized a touring Wild West show, with himself as a featured attraction, but this expensive venture also failed due to the faltering economy of late 1929.

With the new talking pictures replacing silent films as a national pastime, outdoor Westerns fell out of favor briefly. The major studios weren't interested in hiring Buck Jones. He signed with Columbia Pictures, then just a lowly "B" picture studio, starring in Westerns for $300 a week, a fraction of his top salary in the silent-film days. His voice—a rugged baritone—recorded well and the films were very successful, re-establishing him as a major movie name. During the 1930s he starred in Western features and serials for Columbia and Universal Pictures.

His star waned in the late 1930s when singing cowboys became the rage and Jones, then in his late 40s, was uncomfortably cast in conventional leading-man roles. He rejoined Columbia in the fall of 1940, starring in the serial White Eagle (an expansion of his 1932 feature of the same name). The new serial was a hit and Jones was again re-established. His final series of Western features, co-produced by Jones and his friend Scott R. Dunlap of Monogram Pictures, featured The Rough Riders trio: Buck Jones, Tim McCoy, and Raymond Hatton.

In 1937 Jones starred in Hoofbeats, a 15-minute radio program syndicated via electrical transcription. [3] The program was produced in the studios of Recordings, Inc., with Grape Nuts Flakes as sponsor. [4]

Jones was also a consultant for Daisy, which issued a Daisy "Buck Jones" model pump-action air rifle. Incorporating a compass and a "sundial" into the stock, it was one of Daisy's top-end air rifles and sold well for several years. There was some confusion decades later with the release of the film A Christmas Story , due to author Jean Shepherd's erroneous recollection that the Daisy Red Ryder BB Gun had a compass and sundial in the stock; the BB gun never had them except for the two specially made for the film.

Buck Jones's daughter, Maxine Jones (born 1918) was married to Noah Beery, Jr. from 1940 to 1966. After her divorce to Noah Beery Jr., she married Nicholas Firfires, a Cowboy Hall of Fame Western Artist, on August 11, 1969. Maxine and Nicholas never had any children but were married until her death in 1990.

On his album When I Was a Kid , Bill Cosby performed a routine in which he described seeing Jones' movies as a child. He commented on some of the mannerisms displayed by Jones' characters, such as not drinking or smoking and chewing gum to signal that he was getting angry.

On "Merv Griffin's '60s Retrospective" DVD, John Wayne in 1970 stated that Buck Jones was his hero, and that Jones did go back into the Cocoanut Grove fire to help rescue additional victims after escaping it himself.

In 1960, Jones was honored with a star on the Hollywood Walk of Fame for his contributions to the motion picture industry. The star is located at 6834 Hollywood Blvd. [24] [7] 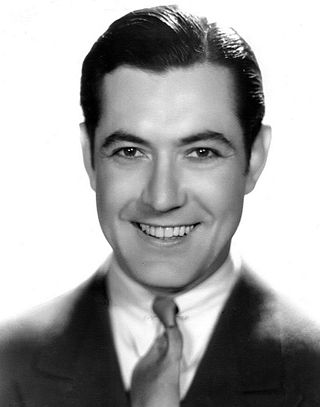 Timothy John Fitzgerald McCoy was an American actor, military officer, and expert on American Indian life. McCoy is most noted for his roles in B-grade Western films. As a popular cowboy film star, he appeared on the front of a Wheaties cereal box.

Lester Alvin Burnett, better known as Smiley Burnette, was an American country music performer and a comedic actor in Western films and on radio and TV, playing sidekick to Gene Autry, Roy Rogers, and other B-movie cowboys. He was also a prolific singer-songwriter who is reported to have played proficiently over 100 musical instruments, sometimes more than one simultaneously. His career, beginning in 1934, spanned four decades, including a regular role on CBS-TV's Petticoat Junction in the 1960s. 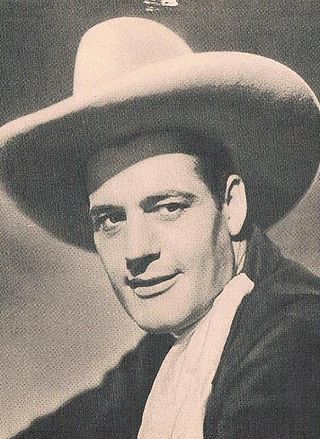 Charles Robert Starrett was an American actor, best known for his starring role in the Durango Kid westerns. Starrett still holds the record for starring in the longest series of theatrical features: 131 westerns, all produced by Columbia Pictures.

A singing cowboy was a subtype of the archetypal cowboy hero of early Western films. It references real-world campfire side ballads in the American frontier, the original cowboys sang of life on the trail with all the challenges, hardships, and dangers encountered while pushing cattle for miles up the trails and across the prairies. This continues with modern vaquero traditions and within the genre of Western music, and its related New Mexico, Red Dirt, Tejano, and Texas country music styles. A number of songs have been written and made famous by groups like the Sons of the Pioneers and Riders in the Sky and individual performers such as Gene Autry, Roy Rogers, Tex Ritter, Bob Baker and other "singing cowboys". Singing in the wrangler style, these entertainers have served to preserve the cowboy as a unique American hero.

Guinn Terrell Williams Jr. was an American actor who appeared in memorable westerns such as Dodge City (1939), Santa Fe Trail (1940), and The Comancheros (1961). He was nicknamed "Big Boy" as he was 6' 2" and had a muscular build from years of working on ranches and playing semi-pro and professional baseball, and at the height of his movie career was frequently billed above the title simply as Big Boy Williams or as "Big Boy" Guinn Williams on posters and in the film itself.

William Farnum was an American actor. He was a star of American silent cinema, and became one of the highest-paid actors during that time. 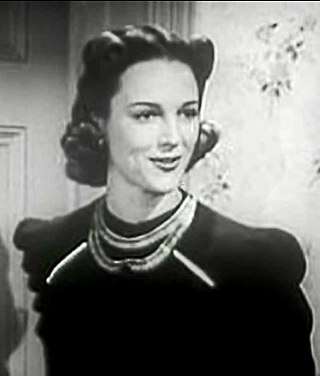 Mack V. Wright was an American actor and film director. Active as a director from 1920 to the late 1940s, he also had an extensive career as an assistant director, second-unit director and production manager. His heyday was in the 1930s, when he directed or co-directed serials for Republic Pictures and made westerns for Monogram Pictures, often with John Wayne. He was also an actor, appearing in his first film in 1914 and his last in 1934, almost all of them westerns.

Richard Theodore Adams was an American film actor who appeared in nearly 200 films between 1926 and 1952.

Whip Wilson was an American cowboy film star of the late 1940s and into the 1950s, known for his roles in B-westerns.

Wikimedia Commons has media related to Buck Jones .
This page is based on this Wikipedia article
Text is available under the CC BY-SA 4.0 license; additional terms may apply.
Images, videos and audio are available under their respective licenses.