Knox was born in the tiny farming community of Happy, Texas, United States, and learned to play the guitar in his youth. [3] In his teens, he and some high school friends formed a band called the "Rhythm Orchids". [3] After they performed on the same 1956 radio show as fellow Texan Roy Orbison and his "Teen Kings" band, Orbison suggested that Knox go to record producer Norman Petty, who had a recording studio in Clovis, New Mexico, [3] the same studio where Buddy Holly recorded several of his early hits, including "That'll Be the Day".

Knox's song "Party Doll" was released on the Roulette record label, [3] and went to No.1 on the Cash Box record chart in 1957 (after being picked from the tiny Triple-D label). [4] It sold over one million copies, and was awarded a gold disc by the RIAA. [5] This success was followed by "Rock Your Little Baby To Sleep", a No.17 hit, and "Hula Love", a No.9 hit. [3] While he never achieved the same level of artistic success as Holly or Orbison, Knox outlived both and enjoyed a long career in music. For his pioneering contribution, Knox was elected to the Rockabilly Hall of Fame. "Party Doll" was voted one of The Rock and Roll Hall of Fame's 500 Songs that Shaped Rock and Roll.

In the early 1960s, Knox signed with Liberty Records and released several more mainstream pop records, featuring string arrangements and backing vocalists. "Lovey Dovey" and "Ling-Ting-Tong" were the most notable recordings from this era. [3] The sound captured on these recordings was a distinct departure from his earlier rockabilly work for Roulette. Liberty and principal record producer Snuff Garrett successfully employed the same production techniques for their other mainstream pop artists of the time, which included Johnny Burnette and Bobby Vee. [3]

In 1968, Knox, who had been living in semi-retirement in Macon, Georgia while running his publishing company, moved to Nashville, Tennessee and signed a new recording contract with United Artists Records. Working with producer Bob Montgomery (songwriter), Knox honed his traditional rockabilly style more toward the modern country sound of the day. His first album on United Artists earned him the nickname by which he would be known for the remainder of his life. The title song of the album, Gypsy Man, written by Sonny Curtis [3] and featuring Curtis' acoustic guitar work, received airplay on country music radio stations.

Several singles recorded by Knox between 1968 and 1974 were notable for his experimenting with a variety of sounds and styles and, from a creative and critical standpoint, may have been his most productive era. His version of Delaney Bramlett's "God Knows I Love You", along with his self-penned "Salt Lake City", placed Knox firmly in the midst of the new pop music genre, being populated by artists such as Delaney & Bonnie, Eric Clapton, and others who were on the leading edge of the developing Southern rock style such as Black Oak Arkansas and the Allman Brothers Band. His cover version of James Hendricks' "Glory Train" was another stylistic stretch and featured a gospel-like chorus of backing vocalists. His cover of the Fleetwoods' "Come Softly to Me" demonstrated a vocal range not heard on his older recordings. He also reached out to the new generation of songwriters who would become prominent during Nashville's "Outlaw Era" of the 1970s, as he was one of the first artists to record Mickey Newbury's "I'm Only Rockin'". Several other major country music artists later recorded this song, but under the alternate title of "T. Total Tommy". Knox also recorded songs by Alex Harvey, John D. Loudermilk and Gary Paxton. On several of these recordings, Knox experimented with multi-tracking, something few artists had done up to that time.

Throughout the 1970s, 1980s, and early 1990s he was based out of Manitoba, Canada and toured primarily in Western Canada and upper Midwest U.S. with occasional European appearances. In 1981, he starred in an independent Canadian movie Sweet Country Road.

He said the fame took a toll on his family life. Traveling 250 days a year for 35 years, he was voted "the most traveling entertainer in the world" by Billboard magazine, but he said it cost three marriages for him.

His son, Michael Knox, is a record producer. [6]

Moving to Port Orchard, Washington in 1997 to be with his fiancee, he experienced a fall and injured his hip. The doctor informed him at that time that he had terminal lung cancer. Knox scheduled a farewell show but died just a few weeks later on February 14, 1999, in Bremerton, Washington. He is interred in Dreamland Cemetery, in Canyon, Texas.

Buddy Knox — Greatest Hits — all the Roulette and Liberty recordings

Brenda Lee is an American performer and the top-charting solo female vocalist of the 1960s. She sang rockabilly, pop and country music, and had 47 US chart hits during the 1960s, and is ranked fourth in that decade surpassed only by Elvis Presley, the Beatles and Ray Charles. She is known for her 1960 hit "I'm Sorry", and 1958's "Rockin' Around the Christmas Tree", which has become a Christmas standard.

Rockabilly is one of the earliest styles of rock and roll music, dating back to the early 1950s in the United States, especially the South. As a genre it blends the sound of Western musical styles such as country with that of rhythm and blues, leading to what is considered "classic" rock and roll. Some have also described it as a blend of bluegrass with rock and roll. The term "rockabilly" itself is a portmanteau of "rock" and "hillbilly", the latter a reference to the country music that contributed strongly to the style. Other important influences on rockabilly include western swing, boogie-woogie, jump blues, and electric blues.

John "Johnny" Burnette was an American singer-songwriter of rockabilly and pop music. In 1952, he and his older brother, Dorsey Burnette, and their friend Paul Burlison formed the band that later was known as the Rock and Roll Trio.

Joe Melson is an American singer and a BMI Award-winning songwriter. 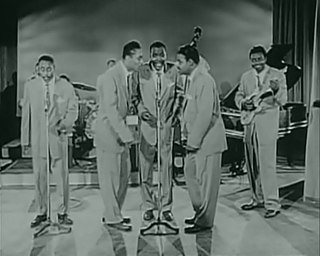 Jack Scott was a Canadian-American singer and songwriter. He was inducted into the Canadian Songwriters Hall of Fame in 2011 and was called "undeniably the greatest Canadian rock and roll singer of all time." 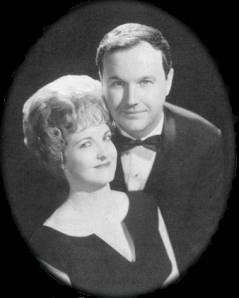 Norman Petty was an American musician and record producer who is best known for his association with Buddy Holly and the Crickets, who recorded in his studio. 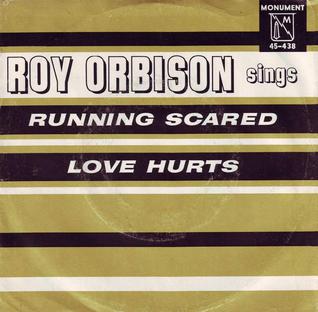 "Running Scared" is a song written by Roy Orbison and Joe Melson and sung by Orbison. An operatic rock ballad, the recording of the song was overseen by audio engineer Bill Porter and released as a 45rpm single by Monument Records in March 1961 and went to number one on the Billboard Hot 100 chart. "Running Scared" also reached No.9 in the UK Singles Chart. It sold over one million copies in the US alone. The song was included on Orbison's 1962 album Crying as the final track on the album.

"Party Doll" is a 1957 rock 'n' roll song written by Buddy Knox and Jimmy Bowen. It was performed by Buddy Knox with the Rhythm Orchids, recorded in April 1956, and it became a hit on the Roulette label.

Charles Anthony Graci, known professionally as Charlie Gracie, is an American rock pioneer and rhythm and blues singer and guitarist. 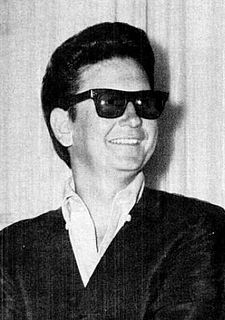 Roy Orbison was an American singer-songwriter who found the most success in the early rock and roll era from 1956 to 1964. He later enjoyed a resurgence in the late 1980s with chart success as a member of the Traveling Wilburys and with his Mystery Girl album which included the hit single "You Got It". At the height of his popularity, 22 of Orbison's songs placed on the US Billboard Top 40 chart, and six peaked in the top five, including two number one hits. In the UK, Orbison scored ten top-10 hits between 1960 and 1966, including three No. 1 singles.

Alexander Emil Caiola was an American guitarist, composer and arranger, who spanned a variety of music genres including jazz, country, rock, and pop. He recorded over fifty albums and worked with some of the biggest names in music during the 20th century, including Elvis Presley, Ray Conniff, Ferrante & Teicher, Frank Sinatra, Percy Faith, Buddy Holly, Mitch Miller, and Tony Bennett. During World War II Caiola played with the United States Marine Corps 5th Marine Division Band that also included Bob Crosby. Caiola served in the Battle of Iwo Jima as a stretcher bearer.

Warren Smith was an American rockabilly and country music singer and guitarist.

James Albert Bowen is an American record producer and former rockabilly singer. He is a graduate of the University of Pennsylvania's Wharton School of Business and holds an MBA with honors from Belmont University. He lives with his wife Ginger in Longmont, Colorado. 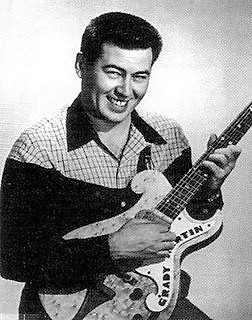 "Lovey Dovey" is a popular American rhythm and blues song originating in the 1950s and written by Eddie Curtis and Ahmet Ertegun, with the latter usually credited using his songwriter's pseudonym "Nugetre". The song's initial recording by The Clovers remains the best known version, reaching No. 2 for five weeks on the R&B charts in 1954.

Joseph "Sonny" West is an American songwriter and musician, best known as the co-writer of two of Buddy Holly's biggest hits: "Oh, Boy!" and "Rave On".

Luther Dixon was an American songwriter, record producer, and singer. Dixon's songs achieved their greatest success in the 1950s and 1960s, and were recorded by Elvis Presley, the Beatles, the Jackson 5, B.B. King, Jerry Lee Lewis, Dusty Springfield, Jimmy Reed and others. As a producer, Dixon helped create the signature sound of the girl group the Shirelles. 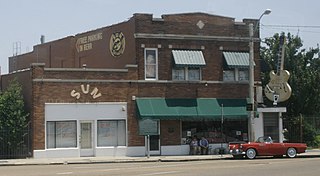 Tommy Blake was an American rockabilly singer and songwriter active in the 1950s to the 1970s. Regarded as a skilled writer, Blake penned several songs that were later recorded by rock and country music artists, including Johnny Horton, George Jones, and Johnny Cash among others. He also achieved modest success as a recording artist for Sun Records, but failed to record a national hit himself, a fact that frustrated Blake later in his life. Retrospectively, he has received praise for his contributions to rockabilly and was inducted in the Rockabilly Hall of Fame.