Burdur Province (Turkish : Burdur ili) is a province of Turkey, located in the southwest and bordering Muğla and Antalya to the south, Denizli to the west, Afyon to the north, and Isparta to the east. It has an area of 6,887 km2 and a population of 258,868. The provincial capital is Burdur city.

Burdur is located in the Lakes Region of Turkey and has many lakes of various sizes, the largest of which, Burdur Lake, is named after the province. Salda Lake is the second largest lake in the province and is considered to be one of the cleanest lakes in the world.

Burdur province is divided into 11 districts (capital district in bold):

Bolu Province is a province in northwestern Turkey. It's an important midpoint between the capital, Ankara and the largest city in the country, Istanbul. It covers an area of 7,410 km², and the population is 271,208.

Aydın Province is a province of southwestern Turkey, located in the Aegean Region. The provincial capital is the city of Aydın which has a population of approx. 150,000 (2000). Other towns in the province include the summer seaside resorts of Didim and Kuşadası.

Eskişehir Province is a province in northwestern Turkey. Its adjacent provinces are Bilecik to the northwest, Kütahya to the west, Afyon to the southwest, Konya to the south, Ankara to the east, and Bolu to the north. The provincial capital is Eskişehir. Most of the province is laid down in Central Anatolia Region. Northern parts of Mihalıççık district and ones of Mihalgazi and Sarıcakaya are located in the Black Sea Region and one of them belong to the Aegean Region.

Ordu Province is a province of Turkey, located on the Black Sea coast. Its adjacent provinces are Samsun to the northwest, Tokat to the southwest, Sivas to the south, and Giresun to the east. Its license-plate code is 52.

Isparta Province is a province in southwestern Turkey. Its adjacent provinces are Afyon to the northwest, Burdur to the southwest, Antalya to the south, and Konya to the east. It has an area of 8,993 km2 and a population of 448,298 up from 434,771 (1990). The provincial capital is Isparta.

Osmaniye Province is a Turkish province located in southern Turkey. It existed as a province by the name Cebel-i Bereket in the early republic until 1933, when it was incorporated into Adana Province. It was made a province again in 1996. It covers an area of 3,767 km2 and has a population of 479,221. The province is situated in Çukurova, a geographical, economical and cultural region.

Gölhisar (Lakecastle) is a town and district of Burdur Province in the Mediterranean region of Turkey.

Beyşehir is a large town and district of Konya Province in the Akdeniz region of Turkey. The town is located on the southeastern shore of Lake Beyşehir and is marked to the west and the southwest by the steep lines and forests of the Taurus Mountains, while a fertile plain, an extension of the lake area, extends in the southeastern direction. According to 2000 census, the population of the district is 118,144 of which 41,312 live in the town of Beyşehir. 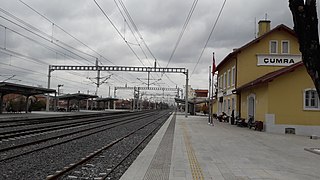 Çumra is a town and district of Konya Province in the Central Anatolia region of Turkey. According to 2000 census, population of the district is 104,576 of which 42,308 live in the town of Çumra.

Lake Burdur is a large saline lake of tectonic origin, positioned at the frontier between Burdur and Isparta provinces, in southwestern Turkey. It has an area of 250 km2 and maximum depth variously reported at between 50 and 110 m. Water level in the lake fluctuates. Lake Burdur is also an important wetland site for many bird species and is designated a Ramsar site. 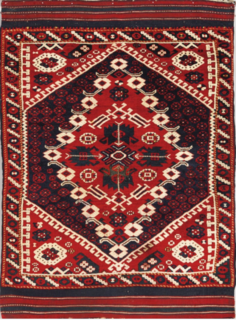 Döşemealtı is a municipality and district governorate in Greater Antalya, Turkey. Antalya is one of the 30 metropolitan centers in Turkey with more than one municipality within city borders. Now in Antalya there are five second-level municipalities in addition to Greater Antalya (büyükşehir) municipality. Döşemealtı is actıually situated 20 kilometres (12 mi) north of city center on the Turkish state highway D.650 at 37°01′N30°37′E. According to 2012 figures the urban population of Döşemealtı is 32465 Together with rural area the total population is 47497. The name of the city refers to ancient road around the town Döşemealtı is a recent settlement. The earliest residents were from Korkuteli in 1934. Later people from Cyprus and Yörüks were also settled in Döşemealtı. It was declared as seat of township in 1972 and a district center within Greater Antalya in 1998.

Lake Yarişlı is a lake in Turkey.