Harold N. "Bus" Saidt (November 11, 1920 – April 8, 1989) was an American sports writer who covered the Philadelphia Phillies, New York Mets, and the New York Yankees for the Trentonian and the Trenton Times.

The Philadelphia Phillies are an American professional baseball team based in Philadelphia, Pennsylvania. The Phillies compete in Major League Baseball (MLB) as a member club of the National League (NL) East division. Since 2004, the team's home has been Citizens Bank Park, located in South Philadelphia.

He was awarded the J. G. Taylor Spink Award by the National Baseball Hall of Fame and Museum in 1992. 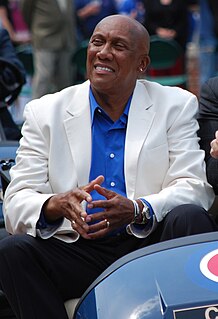 Ferguson Arthur "Fergie" Jenkins CM is a Canadian former professional baseball player and coach. He was a Major League Baseball (MLB) pitcher for the Philadelphia Phillies, Chicago Cubs, Texas Rangers, and Boston Red Sox, from 1965 through 1983.

George Thomas Seaver, nicknamed Tom Terrific and The Franchise, is an American professional baseball pitcher. He pitched in Major League Baseball (MLB) from 1967 to 1986 for the New York Mets, Cincinnati Reds, Chicago White Sox, and Boston Red Sox. He played a role in the Mets' victory in the 1969 World Series.

The Boston Red Sox Hall of Fame was instituted in 1995 to recognize the careers of former Boston Red Sox baseball players. A 15-member selection committee of Red Sox broadcasters and executives, past and present media personnel, and representatives from The Sports Museum of New England and the BoSox Club are responsible for nominating candidates. 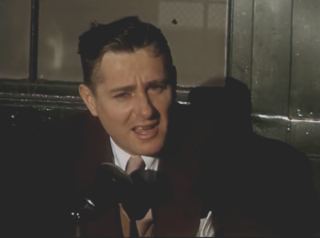 Curtis Edward Gowdy was an American sportscaster, well known as the longtime "voice" of the Boston Red Sox and for his coverage of many nationally televised sporting events, primarily for NBC Sports and ABC Sports in the 1960s and 1970s. His accomplishments include coining the nickname "The Granddaddy of Them All" for the Rose Bowl Game, taking the moniker from the Cheyenne Frontier Days in his native Wyoming.

William Nuschler Clark, Jr. is a former first baseman in Major League Baseball best known for his years with the San Francisco Giants from 1986 to 1993. Clark was known by the nickname of "Will the Thrill." The nickname has often been truncated to simply, "The Thrill."

Kenneth Smith was an American sports writer who covered the New York Giants for the New York Graphic and the New York Mirror from 1925 to 1957. He later served as the director National Baseball Hall of Fame and Museum, and the museum's public relations director from 1976 to 1979.

Joseph Lawrence Reichler was an American sports writer who worked for the Associated Press from 1943 to 1966. He mostly covered the New York City based baseball teams. Reichler also wrote many baseball books, and worked for the Office of the Commissioner of Baseball. 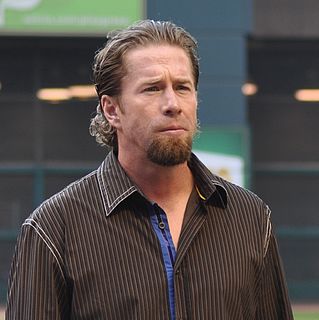