The Buxton National Historic Site and Museum is a tribute to the Elgin Settlement, established in 1849 by Rev. William King and an association which included Lord Elgin, then the Governor General of Canada. King, a former slave owner turned abolitionist, purchased 9,000 acres (36 km2) of crown land in Southwestern Ontario and created a haven for fugitive slaves and free Blacks.

King brought 15 of his former slaves with him where they could live a free life. The Elgin settlement was divided into 50-acre (200,000 m2) lots. These sold for $2.50/acre, with six percent interest, and could be paid over the course of ten years. For many fugitive slaves, the Buxton settlement was the final stop on the Underground Railroad from the United States.

Opened in 1967, the museum complex includes the main building with exhibits about the community and its history, an 1861 schoolhouse, an 1854 log cabin, and a barn. Local historic church cemeteries are adjacent to the museum. The museum is located in North Buxton, Ontario, near South Buxton in Chatham-Kent. 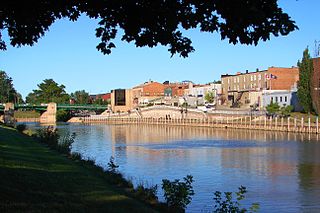 Josiah Henson was an author, abolitionist, and minister. Born into slavery, in Port Tobacco, Charles County, Maryland, he escaped to Upper Canada in 1830, and founded a settlement and laborer's school for other fugitive slaves at Dawn, near Dresden, in Kent County, Upper Canada, of Ontario. Henson's autobiography, The Life of Josiah Henson, Formerly a Slave, Now an Inhabitant of Canada, as Narrated by Himself (1849), is believed to have inspired the title character of Harriet Beecher Stowe's 1852 novel Uncle Tom's Cabin (1852). Following the success of Stowe's novel, Henson issued an expanded version of his memoir in 1858, Truth Stranger Than Fiction. Father Henson's Story of His Own Life. Interest in his life continued, and nearly two decades later, his life story was updated and published as Uncle Tom's Story of His Life: An Autobiography of the Rev. Josiah Henson (1876). 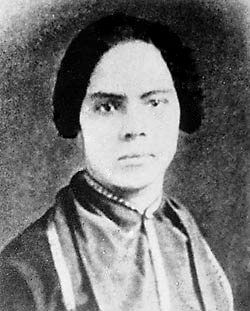 Mary Ann Shadd Cary was an American-Canadian anti-slavery activist, journalist, publisher, teacher, and lawyer. She was the first black woman publisher in North America and the first woman publisher in Canada. She was also the first black woman to attend law school in the US. Mary Shadd edited The Provincial Freeman, established in 1853. Published weekly in southern Ontario, it advocated equality, integration and self-education for black people in Canada and the United States.

Amherstburg Freedom Museum, previously known as 'the North American Black Historical Museum', is located in Amherstburg, Ontario, Canada. It is a community-based, non-profit museum that tells the story of African-Canadians' history and contributions. Founded in 1975 by local residents, it preserves and presents artifacts of African-Canadians, many of whose ancestors had entered Canada as refugees from United States slavery. They found it relatively easy to enter Canada from across the Detroit River.

The British-American Institute of Science and Industry was a school started in 1842 by Josiah Henson near Dresden, Western District, Canada West, Province of Canada, as part of the Dawn Settlement, a community of fugitive slaves who had escaped to Canada. The institute was a school for all ages designed to provide a general education and teacher training. For a short period it was a manual labor school. It was taken over by the British and Foreign Anti-Slavery Society in 1849. The school closed down in 1868. The site of the school is encompassed today by the Uncle Tom's Cabin Historic Site.

Thornton Blackburn (1812–1890) was a self-emancipated formerly enslaved man whose case established the principle that Canada would not return slaves to their masters in the United States and thus established Canada as a safe terminus for the Underground Railroad.

The John Freeman Walls Historic Site and Underground Railroad Museum is a 20-acre (81,000 m2) historical site located in Puce, now Lakeshore, Ontario, about 40 km east of Windsor. Today, many of the original buildings remain, and in 1985, the site was opened as an Underground Railroad museum. The site forms part of the African-Canadian Heritage Tour in Southern Ontario. 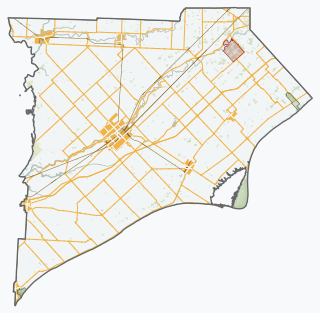 William Parker was a former slave who escaped from Maryland to Pennsylvania, where he became an abolitionist and anti-slavery activist in Christiana. He was a farmer and led a black self-defense organization. He was notable as a principal figure in the Christiana incident, 1851, also known as the Christiana Resistance. Edward Gorsuch, a Maryland slaveowner who owned four slaves who had fled over the state border to Parker's farm, was killed and other white men in the party to capture the fugitives were wounded. The events brought national attention to the challenges of enforcing the Fugitive Slave Law of 1850.

Uncle Tom's Cabin Historic Site is an open-air museum in Dresden, Ontario, Canada, that documents the life of Josiah Henson, the history of slavery, and the Underground Railroad. The historic site is situated on the grounds of the former Dawn settlement established by Henson; a former slave, abolitionist, and minister. Through his autobiography, The Life of Josiah Henson, Formerly a Slave, Now an Inhabitant of Canada, as Narrated by Himself, he served as the inspiration for the title character in Harriet Beecher Stowe's Uncle Tom's Cabin. 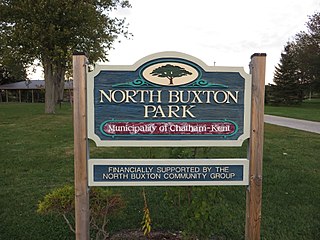 North Buxton is a dispersed rural community located in Southwestern Ontario, Canada. It was established in 1849 as a community for and by former African-American slaves who escaped to Canada to gain freedom. Rev. William King, a Scots-Irish/American Presbyterian minister and abolitionist, had organized the Elgin Association to buy 9,000 acres of land for resettlement of the refugees, to give them a start in Canada. Within a few years, numerous families were living here, having cleared land, built houses, and developed crops. They established schools and churches, and were thriving before the American Civil War.

The Queen's Bush was an unsettled area in Ontario, between Waterloo County, Ontario and Lake Huron where African Americans settled and established farms and a community. They built churches and schools. After growing to a settlement of more than 2,000, the land that they had farmed was claimed as Clergy reserves by the colonial government. Most residents were unable to pay for the land and migrated out of Queen's Bush.

The Underground Railroad Bicycle Route is a 2,000-mile bicycle touring route from Mobile, Alabama, to Owen Sound, Ontario. It was developed by Adventure Cycling Association with the Center for Minority Health at the University of Pittsburgh. The route was built to loosely follow the Underground Railroad, the network of paths that African American slaves used to escape to the Northern United States and Canada.

William King was an Irish-born minister and abolitionist. He founded the Elgin settlement, a community of former African-American slaves, in southwestern Ontario.

Anna Maria Weems also Ann Maria Weems was an American woman known for escaping slavery by disguising herself as a male carriage driver and escaping to Canada, where her family was settled with other slave fugitives.

The Sandwich First Baptist Church, located in the Sandwich neighbourhood of Windsor, Ontario, Canada, was established to serve a community of refugees who had fled slavery on the Underground Railroad. The congregation was founded around 1840, and the current church building was constructed in 1851. It was designated a National Historic Site of Canada in 1999, and continues to operate today.

The Chatham Vigilance Committee was formulated before the American Civil War by black abolitionists in the Chatham, Ontario area to save people from being sold into slavery. Some of the members of the group were graduates of Oberlin College in Ohio. It is most well known for its rescue of Sylvanus Demarest, but the Committee rescued other people.

The Refugee Home Society was an organization founded in Michigan and Ontario in 1851 that was designed to help former enslaved people become established in a community and remain free. It was located 20 miles from Windsor, Ontario, the border with the United States. The settlement provided purchase of land an easy terms, education, and a community with three churches by 1861. 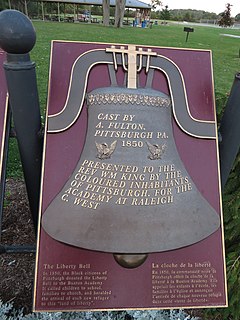 Black Canadians migrated north in the 18th and 19th centuries from the United States, many of them through the Underground Railroad, into Southwestern Ontario, Toronto, and Owen Sound. Black Canadians fought in the War of 1812 and Rebellions of 1837–1838 for the British. Some returned to the United States during the American Civil War or during the Reconstruction era.