John Byam Liston Shaw (13 November 1872 – 26 January 1919), commonly known as Byam Shaw, was a British painter, illustrator, designer and teacher. He is not to be confused with his sons, Glen Byam Shaw, actor and theatre director, and James Byam Shaw, art historian and director of Colnaghi's, who both used "Byam Shaw" as a surname.

John Byam Liston Shaw was the son of John Shaw and his wife, Sophia Alicia Byam Gunthorpe. In 1899 Byam Shaw married the artist Evelyn Caroline Eunice Pyke-Nott, later known as Evelyn CE Shaw (1870–1959). [1] Evelyn's sister was Isabel Codrington, another early twentieth century artist. Byam Shaw came from an Ayreshire family of lawyers and clerics. The Ayreshire Shaws were a cadet branch of the Shaws of Tordarroch, chiefs of the Clan Shaw. Byam Shaw's forebears included the two reverend Shaws (father and son) referred to in Burns' "Twa Herds". [2] Evelyn's family, the Pyke-Notts, were gentry from Swimbridge and Parracombe in North Devon. [3]

The couple had five children including the actor and theatre director Glen Byam Shaw and the art historian James 'Jim' Byam Shaw. [4] Their only daughter, Barbara, married Rear-Admiral A.F. Pugsley. Another son, David, a naval officer and destroyer captain, awarded the OBE, was killed at sea during World War II whilst in command of HMS Stanley, [5] and George, a major in the Royal Scots, was killed at Dunkirk in 1940 [6] whilst second-in-command of the 1st Battalion. The family is depicted in the artist's semi-autobiographical pastel painting My Wife, My Bairns and My Wee Dog John (1903). [7]

Byam Shaw was born in Madras; his father, John, was the registrar of the High Court at Madras. [8] The family returned to England in 1878 where they settled in Kensington, living at 103 Holland Row. [7] He showed early artistic promise, and in 1887 his work was shown to John Everett Millais, who recommended that the 15-year-old should enter the St John's Wood Art School. [9] There, he first met fellow artists Gerald Fenwick Metcalfe (also born in India) and Rex Vicat Cole. He also met Evelyn Pyke-Nott, his future wife, there. From 1890, Shaw studied at the Royal Academy Schools [7] where he won the Armitage Prize in 1892 for his work The Judgement of Solomon. [9]

Throughout his career Byam Shaw worked competently in a wide variety of media including oils, watercolour, pastels, pen and ink and deployed techniques such as dyeing and gilding. [8] He was influenced by the Pre-Raphaelites and took many of his subjects from the poems of Rossetti. [10] He exhibited frequently at Dowdeswell and Dowdeswell's gallery in New Bond Street, where he had at least five solo exhibitions between 1896 and 1916. [10]

Later in his life his popularity as an artist waned, and he turned to teaching for his living. [11] He taught at the Women's Department of King's College London from 1904 [7] and in 1910, with Rex Vicat Cole, he founded the Byam Shaw and Vicat Cole School of Art later renamed simply the "Byam Shaw School of Art". [12] Evelyn Shaw had an active role in the new school, teaching the miniatures class, her area of expertise. [7] Shaw had had a long association with the artist and illustrator Eleanor Fortescue-Brickdale, who taught at the new school. [13]

At the outbreak of the First World War Byam Shaw and Vicat Cole enlisted in the Artists Rifles although Shaw soon transferred to the Special Constabulary. He produced war cartoons that were published in many newspapers and also found work with memorial commissions. [9] Not long after the war ended, Shaw collapsed and died at age 46 in the 1918-1919 influenza epidemic and was interred at Kensal Green Cemetery. [9] His funeral was held at St Barnabas', Addison Road. Years before, he had designed two yellow-hued stained glass windows for this church, depicting Saints Cecilia and Margaret. [14] An ornate red, green and gilt monument to his life, in a 15th-century style, still stands there. [15]

Evelyn De Morgan, née Pickering, was an English painter associated early in her career with the later phase of the Pre-Raphaelite Movement. Her paintings are figural, foregrounding the female body through the use of spiritual, mythological, and allegorical themes. They rely on a range of metaphors to express what several scholars have identified as spiritualist and feminist content. Her later works also deal with the themes of war from a pacifist perspective, engaging with conflicts like the Second Boer War and World War I.

Frank Cadogan Cowper was an English painter and illustrator of portraits, historical and literary scenes, described as "The last of the Pre-Raphaelites". 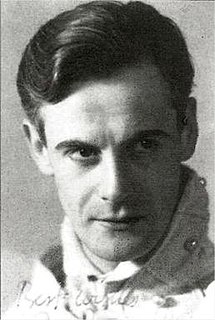 The Byam Shaw School of Art, often known simply as Byam Shaw, was an independent art school in London, England, which specialised in fine art and offered foundation and degree level courses. It was founded in 1910 by John Liston Byam Shaw and Rex Vicat Cole. In 2003 it was absorbed by Central Saint Martins College of Arts and Design.

Eleanor Fortescue-Brickdale was an English artist.

Fittleworth is a village and civil parish in the District of Chichester in West Sussex, England located seven kilometres (3 miles) west from Pulborough on the A283 road and three miles (5 km) south east from Petworth. The village has an Anglican church, a primary school and one pub, The Swan. It is within the ancient divisions of the Bury Hundred and the Rape of Arundel. The village is bounded south by the Rother Navigation.

Bernard Dunstan was a British artist, teacher, and author, best known for his studies of figures in interiors and landscapes. At the time of his death, he was the longest serving Royal Academician.

Henry Kondracki is a Scottish artist based in Edinburgh. He studied at the Byam Shaw School of Art, London and the Slade School of Fine Art, London (1982–1986). He has received the Cheltenham Drawing Prize (1999), the Hunting Art Prize (2004) and has twice been the recipient of the Slade Fine Art Prize. His work has been widely exhibited in the U.K and abroad.

John Plumb was an English abstract painter who emerged in Britain after World War II. 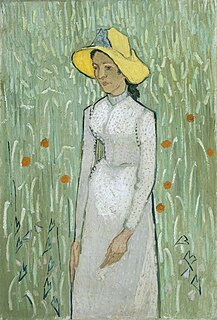 Girl in White was painted by Vincent van Gogh in 1890 in Auvers-sur-Oise, France, during the last months of his life. Girl in White has been part of the Chester Dale Collection in the National Gallery of Art, Washington D.C. since 1963.

Amy Maud Tindal Atkinson was born at Shortlands, near Bromley in Kent on 26 November 1875, to Henry Tindal Atkinson, a county judge and his wife Marion Lewin. She had no children and it is unknown if she at any time was married. She had three sisters Ethel, Enid and Doris, and one brother Edward, later Sir Edward, Hale Tindal Atkinson, who served as the Director of Public Prosecutions from 1930 to 1944. She died in London on 20 May 1954.

George Warner Allen (1916–1988) was a British artist, considered to be of the Neo-Romantic school.

George Cole was an English painter known for his landscapes and animal paintings.

Helen Parry Eden (1885–1960) was an English poet. She is crediting with making popular in English the phrase "bread and circuses". 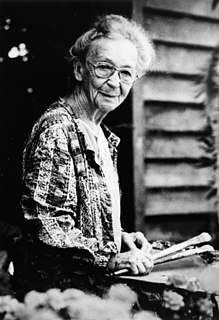 Caroline Barker (1894–1988) was an Australian artist. She is best known for her portraits and still life. The Museum of Brisbane holds a large collection of her works.