César Aira (Argentine Spanish: [ˈsesaɾ ˈajɾa] ; [1] born 23 February 1949 in Coronel Pringles, Buenos Aires Province) is an Argentinian writer and translator, and an exponent of contemporary Argentinian literature. Aira has published over a hundred short books of stories, novels and essays. In fact, at least since 1993 a hallmark of his work is a truly frenetic level of writing and publication—two to five novella-length books each year. [2] He has lectured at the University of Buenos Aires, on Copi and Arthur Rimbaud, and at the University of Rosario on Constructivism and Stéphane Mallarmé, and has translated and edited books from France, England, Italy, Brazil, Spain, Mexico, and Venezuela. [3]

Besides his fiction, and the translation work he does for a living, Aira also writes literary criticism, including monographic studies of Copi, the poet Alejandra Pizarnik, and the nineteenth-century British limerick and nonsense writer Edward Lear. He wrote a short book, Las tres fechas (The Three Dates), arguing for the central importance, when approaching some minor eccentric writers, of examining the moment of their lives about which they are writing, the date of completion of the work, and the date of publication of the work. Aira also was the literary executor of the complete works of his friend the poet and novelist Osvaldo Lamborghini (1940–1985).

Aira has often spoken in interviews of elaborating an avant-garde aesthetic in which, rather than editing what he has written, he engages in a "flight forward" (fuga hacia adelante) to improvise a way out of the corners he writes himself into. Aira also seeks in his own work, and praises in the work of others (such as the Argentine-Parisian cartoonist and comic novelist Copi), the "continuum" (el continuo) of a constant momentum in the fictional narrative. As a result, his fictions can jump radically from one genre to another, and often deploy narrative strategies from popular culture and "subliterary" genres like pulp science fiction and television soap operas. He frequently refuses to conform to generic expectations for how a novel ought to end, leaving many of his fictions quite open-ended.

While his subject matter ranges from Surrealist or Dadaist quasi-nonsense to fantastic tales set in his Buenos Aires neighborhood of Flores, Aira also returns frequently to Argentina’s nineteenth century (two books translated into English, The Hare and An Episode in the Life of a Landscape Painter , are examples of this; so is the best-known novel of his early years, Ema la cautiva (Emma, the Captive)). He also returns regularly to play with stereotypes of an exotic East, such as in Una novela china, (A Chinese Novel); El volante (The Flyer), and El pequeño monje budista (The Little Buddhist Monk). Aira also enjoys mocking himself and his childhood home town, Coronel Pringles, in fictions such as Cómo me hice monja ( How I Became a Nun ), Cómo me reí (How I Laughed), El cerebro musical (The Musical Brain) and Las curas milagrosas del doctor Aira (The Miraculous Cures of Dr. Aira). His novella La prueba (1992) served as the basis—or point of departure, as only the first half-hour follows the novella—of Diego Lerman's film Tan de repente (Suddenly) (2002). His novel Cómo me hice monja (How I Became a Nun) was selected as one of the ten best publications in Spain in the year 1998.

Luisa Valenzuela is a post-'Boom' novelist and short story writer. Her writing is characterized by an experimental style which questions hierarchical social structures from a feminist perspective. She is best known for her work written in response to the dictatorship of the 1970s in Argentina. Works such as Como en la guerra (1977), Cambio de armas (1982) and Cola de lagartija (1983) combine a powerful critique of dictatorship with an examination of patriarchal forms of social organization and the power structures which inhere in human sexuality and gender relationships. 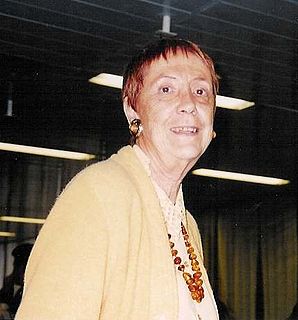 Angélica Gorodischer is an Argentine writer known for her short stories, which belong to a wide variety of genres, including science-fiction, fantasy, crime and stories with a feminist perspective. 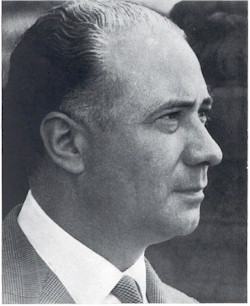 Eduardo Mallea was an Argentine essayist, cultural critic, writer and diplomat. In 1931 he became editor of the literary magazine of La Nación.

Diamela Eltit is a Chilean writer and university professor. She is a recipient of the National Prize for Literature. 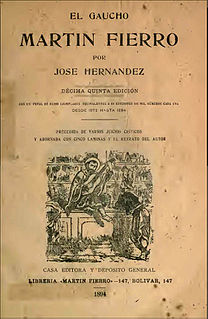 Gaucho literature, also known as gauchesco ("gauchoesque") genre was a literary movement purporting to use the language of the gauchos, comparable to the American cowboy, and reflecting their mentality. Although earlier works have been identified as gauchoesque, the movement particularly thrived from the 1870s to 1920s in Argentina, Uruguay and southern Brazil after which the movement petered out, although some works continued to be written. Gauchoesque works continue to be read and studied as a significant part of Argentine literary history.

Noé Jitrik was born in Argentina in 1928 and is one of Latin America's foremost literary critics. He is director of the Instituto de literatura hispanoamericana at the University of Buenos Aires, and was a notable participant in the cultural journal Contorno in the 1950s in Argentina.

Beatriz Sarlo is an Argentine literary and cultural critic. She was also founding editor of the cultural journal Punto de Vista. She became an Order of Cultural Merit laureate in 2009.

Osvaldo Lamborghini was an Argentine writer of the 1960s and 70s avant-gardes. His work is not easily lumped into traditional generic categories, as it spans and combines elements of poetry, prose fiction, and theatre. 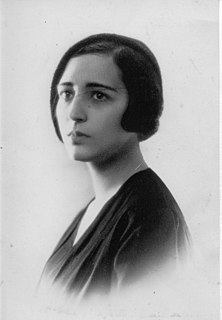 Susana Calandrelli was an Argentine writer and teacher. 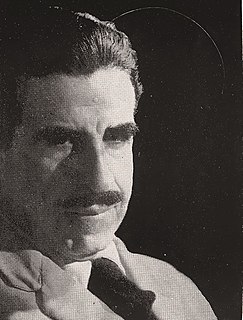 Luis (Leopoldo) Franco was an autodidact, a self-made intellectual, essayist, and poet.

Griselda Gambaro is an Argentine writer, whose novels, plays, short stories, story tales, essays and novels for teenagers often concern the political violence in her home country that would develop into the Dirty War. One recurring theme is the desaparecidos and the attempts to recover their bodies and memorialize them. Her novel Ganarse la muerte was banned by the government because of the obvious political message. Gambaro is Argentina's most celebrated playwright, and she was awarded a Guggenheim Fellowship in 1982, as well as many other prizes.

Roberto Jorge Santoro was an Argentine poet, publisher and political activist. Santoro created a literary journal and was active with other journals.

Carlos María Domínguez is an Argentine writer and journalist who lives in Montevideo since 1989.

Paulette Christian was a French-Argentine vedette, singer and actress of film, theater and television who had a long career in Argentina. Christian had been a member of the anti-Nazi resistance during World War II. She spent seven years in the US. She made her acting career during Argentina's golden age of film and television. She appeared with José Cibrian, Osvaldo Miranda, Angel Magaña, Zulma Faiad, Jorge Larrea, Susana Campos, Amelia Bence, among others. She debuted on television in 1955. She was a pioneer in the French bataclanas style in Argentina, along with May Avril and Xénia Monty. She committed suicide in 1967.