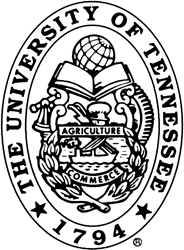 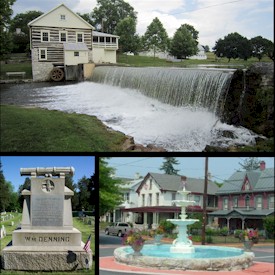 Newville is a borough in Cumberland County, Pennsylvania, United States, west of Carlisle. The population was 1,326 at the 2010 census. It is part of the Harrisburg–Carlisle Metropolitan Statistical Area.

Thomas Lanier Williams III, known by his pen name Tennessee Williams, was an American playwright. Along with contemporaries Eugene O'Neill and Arthur Miller, he is considered among the three foremost playwrights of 20th-century American drama. 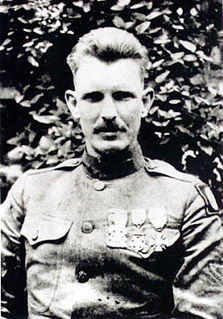 Alvin Cullum York, also known as Sergeant York, was one of the most decorated United States Army soldiers of World War I. He received the Medal of Honor for leading an attack on a German machine gun nest, taking at least one machine gun, killing at least 25 enemy soldiers and capturing 132. York's Medal of Honor action occurred during the United States-led portion of the Meuse-Argonne Offensive in France, which was intended to breach the Hindenburg line and force the Germans to surrender. He earned decorations from several allied countries during WWI, including France, Italy and Montenegro.

UTF-7 is a variable-length character encoding that was proposed for representing Unicode text using a stream of ASCII characters. It was originally intended to provide a means of encoding Unicode text for use in Internet E-mail messages that was more efficient than the combination of UTF-8 with quoted-printable.

John James Duncan Sr. was an American attorney and Republican politician who represented Tennessee's 2nd Congressional District in the U. S. House of Representatives from 1965 until his death in 1988. He also served as Mayor of Knoxville, Tennessee, from 1959 to 1964, and as assistant attorney general of Knox County, from 1948 until 1956. He is the father of Congressman John Duncan Jr., who Formerly represented the 2nd District. and Tennessee State Senator Becky Duncan Massey, who currently represents the 6th District.

The University of Tennessee system is one of two public university systems, the other being the Tennessee Board of Regents (TBR), in the U.S. state of Tennessee. It consists of three primary campuses in Knoxville, Chattanooga, and Martin; a health sciences campus in Memphis; a research institute in Tullahoma; and various extensions throughout the state.

The FNRS-2 was the first bathyscaphe. It was created by Auguste Piccard. Work started in 1937 but was interrupted by World War II. The deep-diving submarine was finished in 1948. The bathyscaphe was named after the Belgian Fonds National de la Recherche Scientifique (FNRS), the funding organization for the venture. FNRS also funded the FNRS-1 which was a balloon that set a world altitude record, also built by Piccard. The FNRS-2 set world diving records, besting those of the bathyspheres, as no unwieldy cable was required for diving. It was in turn bested by a more refined version of itself, the bathyscaphe Trieste. 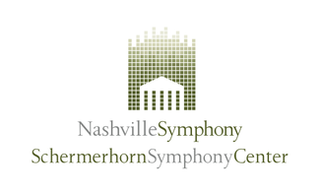 The Nashville Symphony is an American symphony orchestra, based in Nashville, Tennessee. The orchestra performs 140 concerts annually.

Mary Costa is an American opera singer and actress, who is best known for providing the voice of Princess Aurora in the 1959 Disney film Sleeping Beauty. Costa is an operatic soprano.

A Flash Flood Warning is issued by the United States National Weather Service when a flash flood is imminent or occurring in the warned area. A flash flood is a sudden, violent flood after a heavy rain, or occasionally after a dam break. Rainfall intensity and duration, topography, soil conditions, and ground cover contribute to flash flooding.

A Particularly Dangerous Situation (PDS) is a type of enhanced wording first used by the Storm Prediction Center (SPC), a national guidance center of the United States National Weather Service, for tornado watches and eventually expanded to use for other severe weather watches and warnings by local NWS forecast offices. It is issued at the discretion of the forecaster composing the watch or warning and implies that there is an enhanced risk of very severe and life-threatening weather, usually a major tornado outbreak or a long-lived, extreme derecho event, but possibly another weather hazard such as an exceptional flash flood or fire.

WTRB is an American radio station licensed to serve Ripley, Tennessee in Lauderdale county. The station is presently owned by WTRB, Inc. It airs a Country music format.

Andrew David Holt, known as Andy Holt, was an American educator who was the 16th president of the University of Tennessee, filling that position from 1959 to 1970.

Brehm is a German surname. Notable persons with that surname:

A River Flood Advisory is issued by the National Weather Service of the United States when minor flooding at formal forecast points with river gaging sites and established flood stages is possible. Flooding may have many causes, such as heavy rain in the vicinity of the river, melting snow or ice jams.

A Hazardous Seas Warning is issued by the National Weather Service of the United States when wave heights and/or wave steepness values reach certain criteria. These criteria are defined by the local forecast office. Such tall waves can pose a serious threat to vessels that do not seek shelter.

Sharon Stephens Brehm was a psychologist who served as president of the American Psychological Association (APA). She taught psychology at the University of Kansas for 15 years. She held administrative roles at the Binghamton University and Ohio University before she became chancellor of Indiana University Bloomington.

Burton Blair Gullion was an American college basketball player and coach. He was head coach for Earlham College, the University of Tennessee, Cornell University, the University of Connecticut and Washington University in St. Louis. He was also a president of the National Association of Basketball Coaches (NABC).