CIDSE, which is short for "Coopération Internationale pour le Développement et la Solidarité" (French for "International Cooperation for Development and Solidarity"), is an umbrella organization for Catholic development agencies from Europe and North America.

The CIDSE Secretariat ensures communication between the CIDSE member agencies and the overall coherence of CIDSE's work by facilitating working groups, platforms and fora on the issues defined in the strategic plan. The CIDSE secretariat represents CIDSE at the EU and UN level, undertakes advocacy activities and other initiatives in collaboration with members. CIDSE is registered in the European Transparency Register. [1] CIDSE also has general status on the UN Economic and Social Council.

The Secretariat is organised into teams that coordinate various working groups in order to achieve its objectives:

Apart from the themes of the working groups, CIDSE manages an international campaign for sustainable lifestyles titles Change for the Planet - Care for the People. The campaign encourages living simply by reducing overall energy consumption and making sustainable food choices in order for individuals to minimize their environmental impact, allow producers to gain fair livelihoods, and respect human rights. [2]

CIDSE was founded in 1967. CIDSE was founded to coordinate tasks identified by the Second Vatican Council as important tasks for the Catholic Church, namely, to care for the poor and the oppressed and to work for more justice on a global level. Since 2008, CIDSE has been expanding its approach to global justice. The 2010-2015 Strategic Framework supported a process of 'paradigm shift' with which CIDSE embarked on new work streams in a dialogue with several partners and allies to rethink development, critique systemic failures in the economy and society and look at alternatives to promote. [3] In the 2016-2021 Strategic Framework, CIDSE redefined itself in this framework as an international family of Catholic social justice organisations working for transformational change to end poverty and inequalities, challenging systemic injustice, inequity, destruction of nature and promoting just and environmentally sustainable alternatives. [4]

The work of CIDSE is motivated by:

CIDSE currently has 18 member organisations from Europe and North America. CIDSE also works within a varied group of broader coalitions and alliances such as Climate Action Network, CONCORD and the European Laudato Si Alliance.

The European Trade Union Confederation (ETUC) is the major trade union organisation representing workers at the European level. In its role as a European social partner, the ETUC works both in a consulting role with the European Commission and negotiates agreements and work programmes with European employers. It coordinates the national and sectoral policies of its affiliates on social and economic matters, particularly in the framework of the EU institutional processes, including European economic governance and the EU Semester.

The European Association of Craft, Small and Medium-Sized Enterprises or SMEunited is an umbrella group for associations of SMEs based in Brussels, Belgium. SMEunited represents the interests of European crafts, trades and SMEs at EU level. Its 67 member organisations from 34 European countries consist of national cross-sectorial SME federations, European branch federations and other associate members. Its members combined represent more than 12 million enterprises, which employ around 50 million people across Europe. SMEunited is a recognised European Social Partner.

The Deutsche Gesellschaft für Internationale Zusammenarbeit (GIZ) GmbH, often shortened to simply GIZ, is the main German development agency headquartered in Bonn and Eschborn that provides services in the field of international development cooperation and international education work. It is the organization's self-declared goal to deliver effective solutions that offer people better prospects and sustainably improve their living conditions. 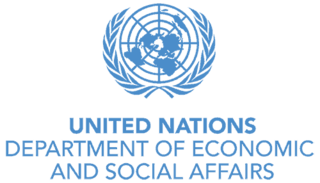 Catholic Earthcare Australia is an agency of the Australian Catholic Bishops Conference and is the environmental arm of the Catholic Church in Australia. This executive agency of the Bishops' Commission for Justice and Development (BCJD) is mandated with the mission of advising, supporting and assisting the BCJD in responding to Pope John Paul II's call to "stimulate and sustain the ecological conversion" throughout the Catholic church in Australia and beyond.

The U.S.–China Strategic and Economic Dialogue (S&ED) is a high-level dialogue for the United States and China to discuss a wide range of regional and global strategic and economic issues between both countries. The establishment of the S&ED was announced on April 1, 2009, by U.S. President Barack Obama and Chinese President Hu Jintao. The upgraded mechanism replaced the former Senior Dialogue and Strategic Economic Dialogue started under the George W. Bush administration. The format is such that high-level representatives of both countries and their delegations will meet annually at capitals alternating between the two countries.

Deutsche Welthungerhilfe e. V. – or Welthungerhilfe for short – is a German non-denominational and politically independent non-profit and non-governmental aid agency working in the fields of development cooperation and humanitarian assistance. Since its founding in 1962, it has used 4.2 billion euros to carry out more than 10.369 projects in 70 countries in Africa, Latin America and Asia.[1] Welthungerhilfe holds the Seal of Approval awarded by Deutsches Zentralinstitut für Soziale Fragen (DZI). In 2014, Welthungerhilfe and the aid organization World Vision International were announced the most transparent German organizations.

Edwin Gariguez is a Filipino religious leader and environmentalist. He was awarded the Goldman Environmental Prize in 2012, for his voicing of protests on behalf of indigenous communities against large scale mining projects in the Philippines. Edwin Gariguez was the former executive secretary of National Secretariat for Social Action (NASSA), the humanitarian, advocacy and social development arm of the Catholic Bishops' Conference of the Philippines (CBCP).

Laudato si' is the second encyclical of Pope Francis. The encyclical has the subtitle "on care for our common home". In it, the pope critiques consumerism and irresponsible development, laments environmental degradation and global warming, and calls all people of the world to take "swift and unified global action."

Armenia was admitted into the United Nations on 2 March 1992, following its independence from the Soviet Union. In December 1992, the UN opened its first office in Yerevan. Since then, Armenia has signed and ratified several international treaties. There are 20 specialized agencies, programs, and funds operating in the country under the supervision of the UN Resident Coordinator. Armenia strengthened its relations with the UN by cooperating with various UN agencies and bodies such as the International Monetary Fund, the World Bank, the World Food Programme, and with the financial institutions of the UN. Armenia is a candidate to preside as a non-permanent member of the UN Security Council in 2031.

The European Partnership for Democracy (EPD) is a membership-based network of not-for-profit organisations that describes its aim as "supporting democracy around the world".

Action for Climate Empowerment (ACE) is a term adopted by the United Nations Framework Convention on Climate Change (UNFCCC). It refers to Article 6 of the Convention's original text (1992), focusing on six priority areas: education, training, public awareness, public participation, public access to information, and international cooperation on these issues. The implementation of all six areas has been identified as the pivotal factor for everyone to understand and participate in solving the complex challenges presented by climate change. The importance of ACE is reflected in other international frameworks such as the Sustainable Development Goals ; the Global Action Programme for Education for Sustainable Development ; the Aarhus Convention (2011); the Escazú Agreement (2018) and the Bali Guidelines (2010).