The South American Football Confederation (CONMEBOL, /ˈkɒnmɪbɒl/ , or CSF; Spanish : Confederación Sudamericana de Fútbol; [lower-alpha 1] Portuguese : Confederação Sul-Americana de Futebol [lower-alpha 2] ) is the continental governing body of football in South America (apart from Guyana, Suriname and French Guiana) and it is one of FIFA's six continental confederations. The oldest continental confederation in the world, its headquarters are located in Luque, Paraguay, near Asunción. CONMEBOL is responsible for the organization and governance of South American football's major international tournaments. With 10 member football associations, it has the fewest members of all the confederations in FIFA.

Juan Ángel Napout (Paraguay) was the president of CONMEBOL until 3 December 2015 when he was arrested in a raid in Switzerland as part of the U.S. Justice Department's bribery case involving FIFA. Wilmar Valdez (Uruguay) was interim president until 26 January 2016 when Alejandro Domínguez (Paraguay) was elected president. The Vice presidents are Ramón Jesurum (Colombia), Laureano González (Venezuela) and Arturo Salah (Chile).

In 1916, the first edition of the "Campeonato Sudamericano de Fútbol" (South-American Football Championship), now known as the "Copa América", was contested in Argentina to commemorate the centenary of the Argentine Declaration of Independence. The four participating associations of that tournament gathered together in Buenos Aires in order to officially create a governing body to facilitate the organization of the tournament. Thus, CONMEBOL was founded on 9 July 1916 under the initiative of Uruguayan Héctor Rivadavia Gómez, but approved by the football associations of Argentina, Brazil, Chile and Uruguay. The first Constitutional Congress on 15 December of that same year, which took place in Montevideo, ratified the decision.

Over the years, the other football associations in South America joined, with the last being Venezuela in 1952. Guyana, Suriname and the French overseas department of French Guiana, while geographically in South America, are not part of CONMEBOL. Consisting of a French territory, a former British territory and a former Dutch territory, they are part of the Confederation of North, Central American and Caribbean Association Football (CONCACAF), mainly due to historical, cultural and sporting reasons. With ten member nations, CONMEBOL is the smallest and the only fully continental land-based FIFA confederation (no insular countries or associates from different continents).

The Intercontinental Cup was jointly organized with UEFA between the Copa Libertadores and the UEFA Champions League winners.

For each tournament, the flag of the host country and the number of teams in each finals tournament (in brackets) are shown.

On 27 May 2015, several CONMEBOL leaders were arrested in Zürich, Switzerland by Swiss police and indicted by the U.S. Department of Justice on charges of corruption, money laundering, and racketeering. [19] Those swept up in the operation include former CONMEBOL presidents Eugenio Figueredo and Nicolás Léoz and several football federations presidents such as Carlos Chávez and Sergio Jadue. On 3 December 2015, the CONMEBOL President Juan Ángel Napout was also arrested. [20]

The Copa América or CONMEBOL Copa América, known until 1975 as the South American Football Championship, is the top men's football tournament contested among national teams from South America. It is the oldest still-running continental football competition, as well as the third most watched in the world. The competition determines the champions of South America. Since the 1990s, teams from North America and Asia have also been invited to compete.

The CONMEBOL Libertadores, also known as the Copa Libertadores de América, is an annual international club football competition organized by CONMEBOL since 1960. It is the highest level of competition in South American club football. The tournament is named after the Libertadores, the leaders of the Latin American wars of independence, so a literal translation of its former name into English is "America's Liberators Cup". 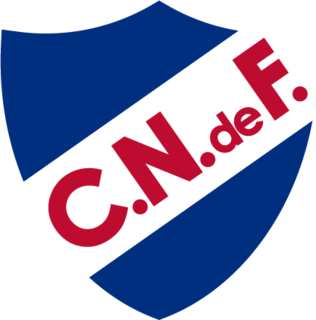 Club Nacional de Football is a Uruguayan professional sports club based in Montevideo. 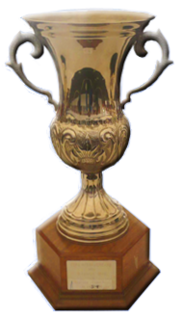 The Copa Interamericana was an annual club football competition organized by the Confederation of North, Central American and Caribbean Association Football (CONCACAF) and Confederación Sudamericana de Fútbol (CONMEBOL) since 1969. It was discontinued in 1998 after CONCACAF clubs, particularly those from Mexico, began participating in CONMEBOL competitions. The Interamerican Cup was founded as a result of the refusal from CONMEBOL and the Union of European Football Associations (UEFA) of allowing CONCACAF clubs, as well as those from other confederations, to participate in the European/South American Cup, later known as the Toyota Cup and informally called the Intercontinental Cup. 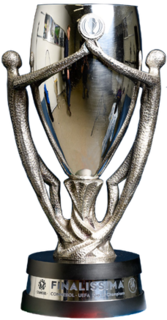 The CONMEBOL–UEFA Cup of Champions, previously known officially as the European/South American Nations Cup and commonly as the Artemio Franchi Cup, is an official intercontinental football match organised by CONMEBOL and UEFA and contested by the winners of the Copa América and UEFA European Championship. Organised as a quadrennial one-off match, it is a national team equivalent to the defunct Intercontinental Cup between the club champions of Europe and South America. The competition was held twice, in 1985 and 1993, before being discontinued. It was relaunched starting in 2022, where it was branded as the Finalissima, after the signing of a memorandum of understanding between CONMEBOL and UEFA.

The CONMEBOL Copa América de Futsal is the main national futsal competition of the CONMEBOL nations organized by the FIFA. It was first held in 1964 and was organized by Asociación Mundial de Futsal (AMF) as "Sudamericano". The tournament was also a qualifier for the AMF Futsal World Cup. The AMF organised the championship until 1989. 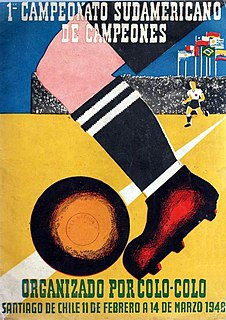 The South American Championship of Champions was a football competition played in Santiago, Chile in 1948 and the first continental-wide football tournament in South America. Hosted and organized by Chilean club Colo-Colo, with the aid of then president of CONMEBOL Luis Valenzuela, it was played between February 11 and March 17. Brazil's Vasco da Gama won the competition after earning the most points in the round-robin tournament.

The Copa Libertadores de Clubes de Futsal is an international futsal competition disputed between the best clubs of South America. Since 2002, the tournament is formally organized by CONMEBOL. 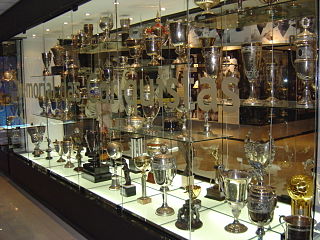 The CONMEBOL qualifiers for the FIFA Beach Soccer World Cup, also previously known as the South American Beach Soccer Championship, is the main championship for beach soccer in South America, contested between the senior men's national teams of the members of CONMEBOL.

Football is considered one of the greatest sports in South America. Football was first introduced to the continent during the nineteenth century, as part of the worldwide diffusion of British culture initiated by the British diaspora and subsequent acceptance of the sport by the region's Anglophile elite. Football was widely regarded as a symbol of modernity and good health, and over time it replaced older fashionable sports, such as Bochas. By the middle of the twentieth century, it had become the primary mainstream sport across most of the continent.

The involvement of Clube Atlético Mineiro in international club football began in 1972, the year of its first appearance in an official competition at that level. Since then, the Brazilian club, based in Belo Horizonte, Minas Gerais, has participated in 31 continental and one intercontinental tournament. Atlético Mineiro has won four official titles at the international level: the Copa Libertadores in 2013; the inaugural edition of the Copa CONMEBOL in 1992, and again in 1997; and the Recopa Sudamericana in 2014. In addition, the club finished as runner-up of the Copa CONMEBOL in 1995, the Copa de Oro in 1993, and the Copa Master de CONMEBOL in 1996.

There will be 16 teams that qualify for the men's Olympic football tournament. In addition to host nation Japan, 15 men's national teams will qualify from six separate continental confederations. 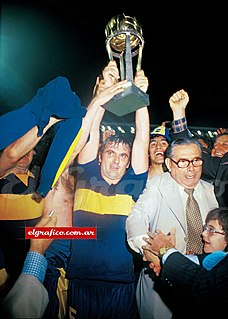 Piero Daniel Maza Gómez is a Chilean football referee who officiates in the Chilean Primera División. He has been a FIFA referee since 2018.