The case fatality ratio for COVID-19 has been much lower than SARS of 2003, [6] [7] but the transmission has been significantly greater, with a significant total death toll. [8] [6]

The government ordered schools closed beginning 16 March. In addition, all cultural activities planned by the government were cancelled. [9] In an appearance on March 13 the Head of Government (Prime Minister) Xavier Espot announced that all public establishments would be closed for two weeks except those that provide essential products, gas stations, and pharmacies. [10] The next day, Constitution Day celebrations were cancelled. In addition, the borders were restricted, and people were only permitted to leave for health reasons, to transport goods, or for residents abroad. The sale of tobacco and alcohol to tourists was prohibited, and the quantity permitted to be sold to Andorran nationals and residents was restricted. [11]

On 16 March, Espot ordered the cessation of high-risk work activities, such as construction and "liberal" (high-education) professions, for a minimum of eight days, and public administration would be reduced to a minimal level to avoid the collapse of the healthcare system. Meanwhile, the government began working on legal steps to manage states of alarm and of emergency, provided for in the Constitution but never developed in any laws. [12]

The government procured antibody tests at a cost of €1.5 million. While the tests will not be obligatory, being able to prove that one has antibodies can give them access to less restrictive measures. [13]

On 2 March, Andorra confirmed its first coronavirus case, a 20-year-old man who had returned from Milan. The tests conducted have shown a positive infection, and he will remain in hospital for further tests and his immediate social circle will be monitored, the government said in a statement. [14] He was discharged on 8 March. [15]

On 12 March, a second case was confirmed, an 87-year-old woman whose daughter is a teacher. The Government announced that it would close all schools from 16 March. [16] [17]

On 13 March, Xavier Espot announced in a special public appearance that ordered the closure of all public establishments except basic stores, pharmacies and gas stations during two weeks. [18] [19]

On 14 March, the acts of the 27th day of the Constitution were not carried out after the suspension by the General Council. [20]

On 15 March, it was announced that there were four new active cases in Andorra, making a total of 6 cases (5 of them being active at the time). All four people that contracted the virus had been in contact with the 87-year-old woman. [21]

On 16 March the Prime Minister ordered the closing of all construction and industrial activity as the coronavirus cases amounted to 14 after a rise of 9 on the day with the highest number of cases registered. [22] [23]

On 17 March, the toll of cases rose to 39. [24] The Co-Prince Joan Enric Vives Sicília addressed a special televised message calling for the calm gratitude and collaboration among all. [25]

On 29 March, the Minister of Health announced that 80 of the active cases were health care staff. Further, Cuba was sending 27 nurses and 12 physicians to aid the SAAS staff. [29]

On 11 April, a 79-year-old patient from La Seu d'Urgell (Lleida, Spain) was transferred to the ICU of Nostra Senyora de Meritxell hospital. [30]

By 20 April, thirty-six persons had succumbed to the coronavirus in Andorra. [2]

On 30 April, antibody test volunteers, government workers, and their relatives were tested for antibodies. [31]

From the 1st to the 10th, Inconclusive tests were supplemented by PCR tests detecting 78 positive Cases. [31]

From the 1st to the 12th, total reported cases remained unchanged at 855, but new cases were reported from 13th (3 cases), coinciding with the onset of a second wave in adjacent regions of Spain. [32] July 16 marked one month since the last reported death in Andorra. A further 67 cases were reported by 31 July, bringing the month end total to 925 or 1.2% of the population. [33]

On the 21st, the 7-day moving average of new cases per day was 35, exceeding the peak of 34 reached in the first wave on 30 March. The 7-day average reached 43 at the end of the month.

On 12 October, it was announced that Minister of Finance Èric Jover tested positive for COVID-19. [34] The 7-day moving average number of daily new cases reached 112 on 27 October, more than 3 times higher than the first wave, while the number of active cases peaked at 1309 on the same day, compared to 504 in the first wave (11 April). The total number of cases reached 4756 and the total number of deaths 75 by the end of the month.

Andorra, officially the Principality of Andorra, is a sovereign landlocked microstate on the Iberian Peninsula, in the eastern Pyrenees, bordered by France to the north and Spain to the south. Believed to have been created by Charlemagne, Andorra was ruled by the count of Urgell until 988, when it was transferred to the Roman Catholic Diocese of Urgell. The present principality was formed by a charter in 1278. It is headed by two co-princes: the Bishop of Urgell in Catalonia, Spain and the President of France. Its capital and largest city is Andorra la Vella.

Lesbian, gay, bisexual, and transgender (LGBT) persons in Andorra may face some legal challenges not experienced by non-LGBT residents. Civil unions, which grant all the benefits of marriage including adoption, have been recognized since 2014, and discrimination on the basis of sexual orientation is constitutionally banned. However, same-sex marriage is currently not recognized in Andorra.

Futbol Club Andorra is a professional football club based in Encamp, Andorra, established in 1942. Although based in Andorra, they have competed in the Spanish football league system since 1948. They currently play in Primera División RFEF – Group 2, the third tier.

Andorra has a monetary agreement with the EU allowing it to make the euro its official currency, and permitting it to issue euro coins from 1 July 2013. They planned to issue their first coins by March or April 2014. On 23 December 2014, coins were delivered for pre-booked customers at the Government Administration Building, and actual circulation began on 15 January 2015.

Pere Aragonès i Garcia is a Catalan lawyer and politician from Spain, serving as the President of the Government of Catalonia since 22 May 2021. He previously served between 2018 and 2021 as Vice President and Minister of Economy and Finance of Catalonia, as well as Acting President since 28 September 2020. He is a member of the Republican Left of Catalonia (ERC) political party.

Sílvia Riva González is an Andorran politician and notary. 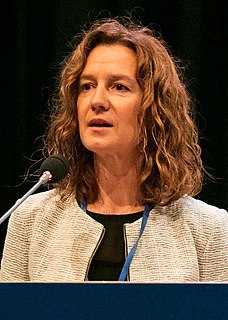 Sílvia Calvó i Armengol is an Andorran environmental engineer, current Minister of Environment, Agriculture and Sosteniblity of Andorra, since 1 April 2015.

Xavier Espot Zamora is an Andorran politician. He is a former minister of justice and is the seventh and current prime minister of Andorra since 16 May 2019.

Maria Ubach i Font is an Andorran diplomat, current Minister of Foreign Affairs since 17 June 2017 under the governments of Prime Minister Antoni Martí and the current Head Xavier Espot.

Verònica Canals i Riba is an Andorran business manager and politician who served as Minister of Tourism since 21 May 2019 under the Premiership of Xavier Espot.

Ester Vilarrubla Escales, is an Andorran politician and educator, who as served as Minister of Education and Higher Education in the government of Xavier Espot since 22 May 2019.

Events in the year 2020 in the Principality of Andorra. 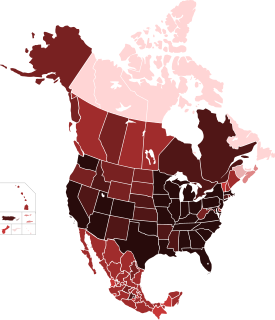 Èric Jover Comas is an Andorran politician and member of the Democrats for Andorra (DA) political party. Jover has served as the Minister of Finance of Andorra since 22 May 2019. He previously served as Minister of Education.

Antoni Puigdellívol i Riberaygua was an Andorran businessman and politician.

Susagna Arasanz i Serra was an Andorran economist and politician, minister of finance between 1994 and 2000, becoming the first woman to hold the office, under the premiership of Marc Forné.