The channel was launched as Canal+ Film 2 on 1 May 2004. On 1 November 2007 it changed its name to Canal+ Hits as part of a larger reorganization of the Canal+ channels.

In the Swedish feed, it timeshares with Canal+ Sport 2 which broadcasts a few games in the weekend. In the Norwegian and Finnish network the channel is however broadcast in full.

The channel changed name to C More Hits on 4 September 2012 as of big rebranding.

Canal+ is a French premium television channel launched in 1984. It is 100% owned by the Canal+ Group, which in turn is owned by Vivendi. The channel broadcasts several kinds of programming, mostly encrypted. Unencrypted programming can be viewed free of charge on Canal+ and on satellite on Canal+ Clair (Clear). The channel does not broadcast advertising, except when broadcasting on free-to-air slots. Almost all foreign films and series are broadcast in their original language with French subtitles on a secondary audio channel and dubbed in French or in French. All the programs of the group's channels are subtitled in French for the deaf and hard of hearing and the visually impaired also have access audio description for some programs.

M-Net is a South African pay television channel established by Naspers in 1986. The channel broadcasts both local and international programming, including general entertainment, children's series, sport and movies. While the TV signal is generally encrypted, M-Net showed some programmes 'free to air' in its "Open Time" slot between 5 p.m. and 7 p.m., until the slot closed on 1 April 2007.

Nova Cinema is a pay television service available in Greece that broadcasts blockbuster movies and hit series. It is a 24/7 movie service and it launched in 1994, It is owned by Nova, who own and operate a DTH satellite service with the same name and Nova Sports—a sports channel. 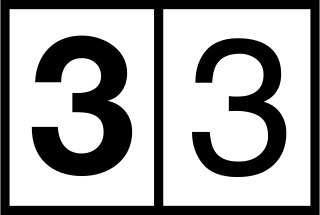 El 33 is Catalonia's second public television channel. It belongs to Televisió de Catalunya, a subsidiary of the CCMA.

Groupe Canal+ (Canal+) is a French film and television studio and distributor. It is owned and controlled by Vivendi and has a film library in excess of 5,000 films. Vivendi has sold some parts of Canal Plus to private investors which are still using the name of Canal Plus. It is headquartered in Issy-les-Moulineaux, in the suburbs of Paris.

C More Sport is a Scandinavian pay television sports network owned by C More Entertainment. It was launched as the Nordic version of Canal+ Sport on 1 May 2004, when C More introduced themed channels for movies and sports. On 1 September 2005, most sports broadcasts were moved to Canal+ Sport and separate versions of the channel were made for Sweden, Denmark, Norway and Finland. With the launch of a second sports channel, the first channels got their current name. Canal+ Sport 1 in Denmark was rebranded as Canal 8 Sport on 13 August 2012.

beIN Sports is a global network of sports channels owned and operated by the Qatari media group beIN. It has played a major role in the increased commercialization of Qatari sports. Its chairman is Nasser Al-Khelaifi, and its CEO is Yousef Obaidly.