The Cadillac Ciel is a hybrid electric concept car created by Cadillac and unveiled at the 2011 Pebble Beach Concours d'Elegance. The Ciel has a twin-turbocharged 3.6-liter direct injection V6 producing 425 hp (317 kW) [1] and a hybrid system using lithium-ion battery technology. [2] [3] The Ciel is a four-seat convertible with a wheelbase of 125 inches (3,200 mm). It was developed at GM Design's North Hollywood Design Center. [4]

The Ciel comes with rear suicide doors, and the interior features a smooth wooden dashboard with a simple gauge look. The word "Ciel" is French for "sky"- which is what the designers had in mind when they made the vehicle.

In 2012 and early 2013, Cadillac contemplated developing a production car based on the Ciel. However, in July 2013, they decided not to pursue the venture. [5]

At the 2013 Pebble Beach Concours d'Elegance, Cadillac unveiled a new concept, the Cadillac Elmiraj, which is similar in design to the Ciel, except it is a coupe. Both vehicles were designed by Niki Smart.

The Cadillac Ciel was featured in the 2015 movie adaptation of Entourage as a gift from talent agent Ari Gold to the main character Vincent Chase for the success of his directorial debut in the fictional movie, Hyde. 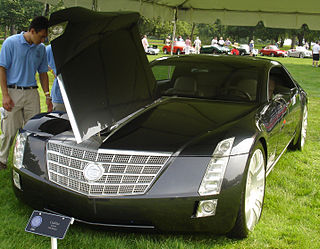 The Cadillac Sixteen is a concept car first developed and presented by Cadillac in 2003.

The Pebble Beach Concours d'Elegance is an automotive charitable event held each year on the Pebble Beach Golf Links in Pebble Beach, California, considered the most prestigious event of its kind. It is the finale of Monterey Car Week held in August every year. A Concours d'Elegance is an event open to both prewar and postwar collector cars in which they are judged for authenticity, function, history, and style. Classes are commonly arranged by type, marque (manufacturer), coachbuilder, country of origin, or time period. Judges select first-, second-, and third-place finishers for each class in the event, and the judges confer the "Best of Show" award on one car from the group of first-place winners. In addition, a group of honorary judges—individuals who have made significant contributions to the automotive industry or motorsports—award a number of subjective awards to recognize standout vehicles regardless of class ribbons, as well as memorial awards created to honor specific automotive industry personages. Approximately 15,000 spectators attend the event.

Concours d'Elegance is a term of French origin that means a "competition of elegance" and refers to an event where prestigious vehicles are displayed and judged. It dates back to 17th-century France, where aristocrats paraded horse-drawn carriages in the parks of Paris during summer weekends and holidays. Over time, carriages became horseless and the gatherings became a competition among vehicle owners to be judged on the appearance of their vehicles. These events are often held at automobile shows, after racing competitions or, especially in the United States, as a fundraising event for charities. 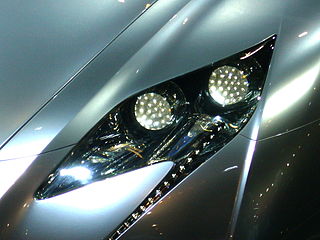 Avions Voisin was a French luxury automobile brand established by Gabriel Voisin in 1919 which traded until 1939. 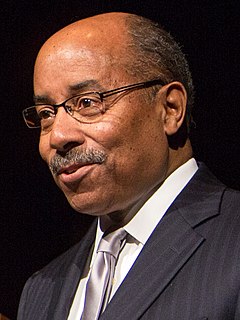 Edward T. Welburn is an automobile designer and former General Motors' Vice President of Global Design, a role in which he served from 2003 to 2016 and the same position that Harley Earl and Bill Mitchell once held.

The BMW Z models are a line of roadsters manufactured by German automaker BMW. The Z stands for zukunft, and has been produced in four different series with six generations consisting of roadster, coupé, sports car, and concept variants.

The BMW i8 is a plug-in hybrid sports car developed by BMW. The i8 is part of BMW's electrified fleet and is marketed under the BMW i sub-brand. The production version of the BMW i8 was unveiled at the 2013 Frankfurt Motor Show and was released in Germany in June 2014. Deliveries to retail customers in the U.S. began in August 2014. A roadster variant was launched in May 2018. Production ended in June 2020. 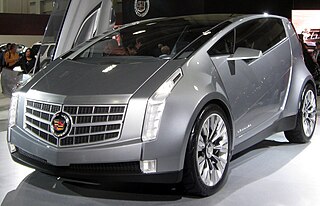 The Misselwood Concours d’Elegance is an American classic car and motorcycle event that takes place on the last weekend in July at the Misselwood Estate, in Beverly, Massachusetts, and has been referred to as one of the most scenic classic car events on the East Coast and New England region. The event is a fundraiser for scholarship funds for Endicott College.

A Concours d’Elegance dates back to 17th Century French aristocracy, who paraded horse-drawn carriages in the parks of Paris during summer weekends and holidays.

Niki Smart is a British car designer, known for being the lead designer on the Ariel Atom project and his concept car design for Cadillac, as design manager for the General Motors Advanced Design team in Los Angeles, California.

The Cadillac Elmiraj is a concept car created by Cadillac and unveiled at the 2013 Pebble Beach Concours d'Elegance on August 15, 2013. It continues the development begun by the Cadillac Ciel concept car. It was named for the El Mirage dry lake bed that was used for high speed runs.

The Cadillac Escala is a concept car built by Cadillac for the 2016 Pebble Beach Concours d'Elegance. The last of a trifecta of concept cars initially conceived in 2007, it is preceded by the Ciel and Elmiraj, which had debuted back in 2011 and 2013 respectively. The Escala previews Cadillac's future design language, being an evolution of the Art and Science design philosophy that has been used on its cars for over a decade.

The Infiniti Q70 and Q70L is a line of mid-size luxury (executive) cars from Nissan luxury division Infiniti. Essentially an update to the Infiniti M series with minor cosmetic changes, the Q70 name was introduced to reflect Infiniti's updated "Q" nomenclature.

Ken Eberts is an American painter who has been instrumental in creating the automotive art genre. These are artworks inspired by and focusing on automobiles and motorcycles as their subject matter. He is a founding member of the Automotive Fine Arts Society (AFAS), and has been its president since its inception in 1983.

The Kurtis Sport Car (KSC) is a two-seat, aluminum-body sports car designed by Frank Kurtis and manufactured by Kurtis Kraft in 1949 and 1950. Built with numerous components from a 1949 Ford, the KSC was built as both a production car and a kit car. It was sold at a base price of $3,495, and with options it could cost up to $5,000, which was approximately $1,000 more than the then-new Jaguar XK120. 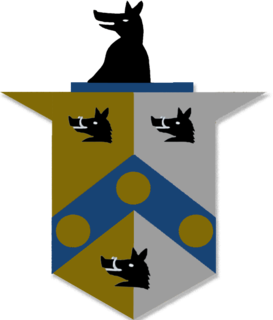 The Nethercutt-Richards family is a prominent American family known for its history of cars and cosmetics. The family originated out of South Bend, Indiana and moved to Los Angeles, California in 1920, where Merle Norman would create homemade cosmetics in a makeshift laboratory in her home kitchen. She sold her products to local customers and opened a studio in 1931 during the Great Depression in Santa Monica called Merle Norman Cosmetics. By the 1940s the company was an intercontinental multi-million dollar operation.