Calvin Hastings Plimpton (7 October 1918 – 30 January 2007) was an American physician and educator, who served as president of Amherst College and American University of Beirut. He is known for appointing a commission in 1970 whose findings resulted in the admission of women to Amherst in 1975. 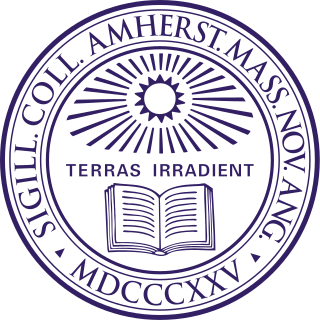 Amherst College is a private liberal arts college in Amherst, Massachusetts. Founded in 1821 as an attempt to relocate Williams College by its then-president Zephaniah Swift Moore, Amherst is the third oldest institution of higher education in Massachusetts. The institution was named after the town, which in turn had been named after Lord Jeffery Amherst. It was originally established as a men's college but became coeducational in 1975.

The American University of Beirut (AUB) is a private, secular and independent university in Beirut, Lebanon. It is one of the most prestigious universities in the Middle East, securing the top spot in the Arab region in the 2018 QS World University Rankings.

Plimpton was the son of George Arthur Plimpton, who was chairman of the Amherst board of trustees from 1906 to 1936. His mother was Fanny "Anne" Hastings, and through her he was descended from Thomas Hastings, who came from the East Anglia region of England to the Massachusetts Bay Colony in 1634. Plimpton attended Phillips Exeter Academy and received a bachelor's degree from Amherst, where he was a member of Delta Kappa Epsilon fraternity. He received master's and M.D. degrees from Harvard University and a Doctor of Medical Science degree from Columbia University. He served in the U.S. Army as a captain during World War II. He later taught at Columbia.

George Arthur Plimpton was an American publisher and philanthropist.

Thomas Hastings was a prominent English immigrant to New England, one of the approximately 20,000 immigrants who came as part of the Great Migration. A deacon of the church, among his many public offices he served on the Committee of Colony Assessments in 1640 and as Deputy for Watertown to the General Court of Massachusetts in 1673. He held property in nearby Dedham between 1636 and 1639, although there is no evidence that he ever lived there. 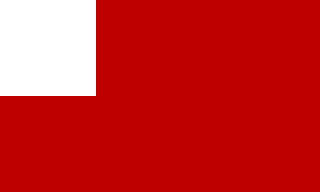 The Massachusetts Bay Colony (1628–1691) was an English settlement on the east coast of North America in the 17th century around the Massachusetts Bay, the northernmost of the several colonies later reorganized as the Province of Massachusetts Bay. The lands of the settlement were located in southern New England in Massachusetts, with initial settlements situated on two natural harbors and surrounding land, about 15.4 miles (24.8 km) apart—the areas around Salem and Boston.

Herbert Baxter Adams was an American educator and historian.

Harlan Fiske Stone was an American lawyer. He served as an Associate Justice of the U.S. Supreme Court from 1925 to 1941 and as the 12th Chief Justice of the United States from 1941 to 1946. He was also the 52nd United States Attorney General. His most famous dictum was: "Courts are not the only agency of government that must be assumed to have capacity to govern."

Dr Thomas Sutherland, Dean of Agriculture at the American University of Beirut in Lebanon, was kidnapped by Islamic Jihad members near his Beirut home on June 9, 1985. He was released on November 18, 1991 at the same time as Terry Waite, having been held hostage for 2,353 days. 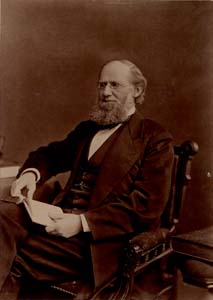 Julius Hawley Seelye was a missionary, author, United States Representative, and former president of Amherst College. The system of Latin Honors in use at many universities worldwide is said to have been created by him. 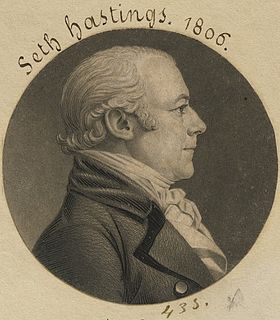 Seth Hastings was a United States Representative from Massachusetts. Born in Cambridge to Seth and Hannah (Soden) Hastings, he was a descendant of the colonist Thomas Hastings who came from the East Anglia region of England to the Massachusetts Bay Colony in 1634. He graduated from Harvard University in 1782, studied law, was admitted to the bar in 1786 and commenced practice in Mendon, Massachusetts. He was town treasurer in 1794 and 1795, and was elected one of the first school commissioners in 1796.

Mansour F. Armaly was a Palestinian physician who researched the modern medical treatment of glaucoma. 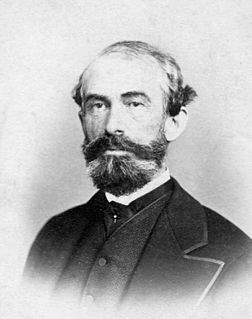 Frederick Spaulding Coolidge was a U.S. Representative from Massachusetts and the father of United States Senator Marcus Aurelius Coolidge.

Franklin Kessel Patterson was a professor and author, and the first president of Hampshire College in Amherst, Massachusetts. He was also, along with the other presidents of the Five Colleges, a co-author of the New College Plan.

Willard Gaylin is co-founder, along with Daniel Callahan, of The Hastings Center, and was its president from its inception in 1969 to 1993. He was chairman of the board from 1993 through 1994, and is now a member of the board. He is also Clinical Professor of Psychiatry Emeritus at Columbia College of Physicians and Surgeons. Gaylin received his B.A. from Harvard College, his M.D. from Case Western Reserve University School of Medicine, and a Certificate in Psychoanalytic Education from the Columbia University Center for Psychoanalytic Training and Research. For some 30 years he served on its faculty as a training and supervising psychoanalyst. At one time he simultaneously served as Professor of Psychiatry at Columbia Medical School, Professor of Psychiatry and Law at Columbia Law School and Adjunct Professor at Union Theological Seminary.

Frederick Carle Teiwes is an American-born Australian sinologist. He held a personal chair as professor emeritus in Government and International Relations at Sydney University until his retirement in 2006. He is especially known for his detailed studies, together with Warren Sun, on the history of Chinese Communist Party (CCP) elite politics.

Warren Neil Eggleston is an American lawyer who served as the White House Counsel under President Barack Obama. Eggleston was the fourth person to hold this post during the Obama administration.

Albert Baird Hastings was an American biochemist and physiologist. He spent 28 years as the department chair and Hamilton Kuhn Professor of Biological Chemistry at Harvard University. After retiring from Harvard, Hastings moved to the Scripps Clinic and Research Foundation, where he became the director of the division of biochemistry and helped to establish the institution's emerging program in basic research. In 1966, he became one of the first faculty members at the University of California, San Diego's new medical school. His research focused on the biochemical underpinnings of physiology and included characterizing acid-base homeostasis in blood and pioneering the use of radioactive tracers for studying metabolism. Hastings received a number of honors and awards for his work, including election to the National Academy of Sciences in 1937 and the President's Medal for Merit in 1948 following his wartime service on the Committee for Medical Research. Hastings died of heart failure in 1987 at age 91.

Frederic Schiller Lee (1859-1939) was an American physiologist who spent most of his research career at Columbia University's College of Physicians and Surgeons.