Last updated March 29, 2022
Music chart in Canada
This article is about the singles chart compiled by Nielsen SoundScan. For the RPM Top 100 Singles chart which existed from 1964–2000, see RPM (magazine).

The Canadian Singles Chart was a chart compiled by the American-based music sales tracking company, Nielsen SoundScan, which began publication in November 1996. [1] It was published every Wednesday and also published on Thursday by Jam! /Canoe. It was superseded by the Billboard -published Canadian Hot 100 in 2007.

In the 1960s, the Canadian music industry was disparate and regionally focused, and English-speaking Canadian artists were often overlooked in favour of American acts. To encourage a more national focus and ensure that domestic artists were promoted across Canada, the Maple Leaf System (MLS) was set up in 1969. [2] The MLS produced its own national singles chart, [3] which Billboard magazine reproduced as Canada's entry in its weekly Hits of the World section. [4] The MLS struggled to achieve widespread support in Canada, however, particularly as participating radio stations failed to give the nominated Canadian records the requisite national airplay. [2]

In November 1996, Nielsen started compiling sales charts, [5] before that, sales figures were provided by The Record from a sampling of retailers. Originally, when the chart was started in 1996, there were 200 positions (with the top 50 being published by Jam!). However, because of the reduced singles market in Canada, only the top 10 positions appeared on the SoundScan chart (SoundScan had a policy that at least 10 copies had to be sold in order to make its singles chart).

From the early 1990s, single sales in Canada decreased dramatically, and most songs were not available as commercial singles.[ citation needed ] As a result, the chart rarely reflected the listening habits of Canadians. In perhaps the most notorious example, Elton John's charity single "Candle in the Wind '97"/"Something About the Way You Look Tonight" stayed in the top twenty for three years. [6] By 2004, sales in Canada declined even further, because of the growing popularity of digital downloading of music. As a result, Canadian sales were not as substantial as they had been before in the 1990s and early 2000s, and singles remained on the chart for even lengthier periods of time. In 2006, most Canadian number-one singles sold less than 200 copies. [7]

Billboard introduced their own singles chart for Canada, called the Canadian Hot 100, on June 7, 2007. It is based on digital download single sales and streaming data from Nielsen SoundScan and radio audience levels from Nielsen BDS. [8] 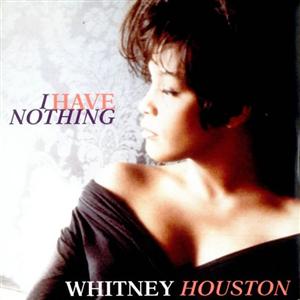 "I Have Nothing" is a song recorded by American singer Whitney Houston, released as the third single from The Bodyguard: Original Soundtrack Album (1992) on February 20, 1993, by Arista Records. The song was written by David Foster and Linda Thompson, and produced by Foster. 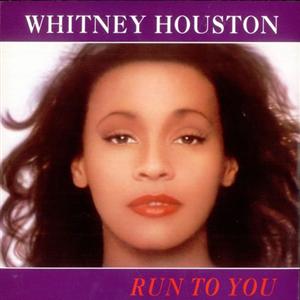 "Run to You" is a song performed by American singer Whitney Houston and is the fourth single released from The Bodyguard: Original Soundtrack Album. The song was released on June 21, 1993 by Arista Records. It was written by Jud Friedman and Allan Rich, and produced by David Foster. Originally intended to be a break-up song, it was approved by the production and stars. However, a month later, the director of The Bodyguard called, saying he liked the song so much, but he'd rather have it to be a love song so the entire song was rewritten, except for the title.

Nanda Layos Lwin is a Canadian author, music historian, journalist, civil engineer, and educator. He wrote the weekly ChartTalk column, a commentary of the current Canadian music charts; it appeared on canoe.ca from 1997 to 2002 and in The Hamilton Spectator from 2003 to 2006. He is the author and publisher of eight books including Top 40 Hits: The Essential Chart Guide (1999) and Top Albums: The Essential Chart Guide (2003), primarily documenting the chart history of the Canadian music magazine The Record. 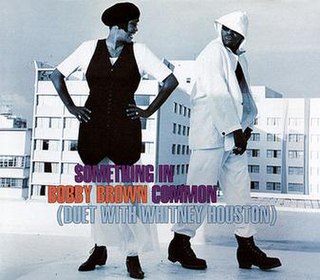 "Something in Common" is a song by singers Bobby Brown and then-wife Whitney Houston, that was featured on Brown's third album, Bobby. The single version was re-recorded in 1993 and also available on Brown's 1993 compilation album, Remixes in the Key of B. It stands as the couple's first musical collaboration and the only one released as a single. The song examines two unlikely people coming together as they find "something in common." 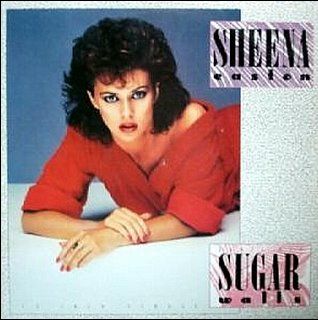 "Sugar Walls" is the second single from Sheena Easton's 1984 album A Private Heaven. It spent 16 weeks on the Billboard Hot 100 in the United States, nine of which were in the top 40. It reached number 9 on the Hot 100, number 3 on the R&B chart and number 1 on the Dance chart. The song did not chart in Easton's native UK. The music was credited to Alexander Nevermind, a pseudonym used by Prince. 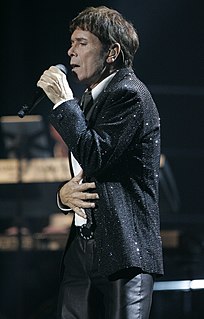 Johnny O is an American freestyle and dance-pop singer. He reached the Billboard charts in the late 1980s with the singles "Fantasy girl", "Memories" and "Runaway Love". 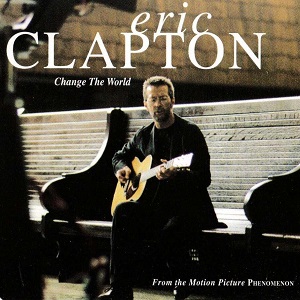 "Change the World" is a song written by Tommy Sims, Gordon Kennedy, and Wayne Kirkpatrick and recorded by country music artist Wynonna Judd. A cover version was recorded by English singer Eric Clapton for the soundtrack of the 1996 film Phenomenon. The track was produced by R&B record producer Kenneth "Babyface" Edmonds and was first released on Judd's album Revelations. 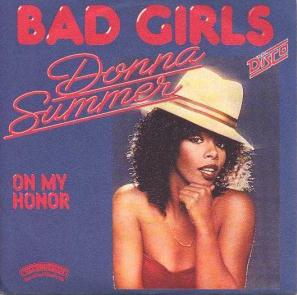 "Bad Girls" is a song by American singer Donna Summer from her 1979 seventh studio album of the same name. It was released as the album's second single on June 23, 1979, by Casablanca Records. The song was produced by Summer's regular collaborators Giorgio Moroder and Pete Bellotte, and co-written by Summer and the Brooklyn Dreams. 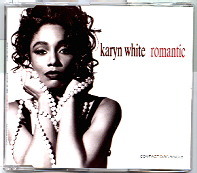 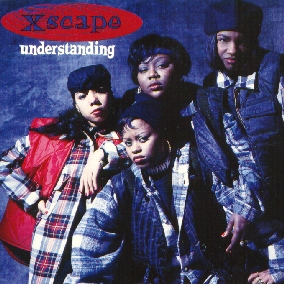 "Understanding" is a song by American R&B group Xscape. Written by Manuel Seal, the song was released as the group's second single from the group's 1993 debut album Hummin' Comin' at 'Cha. The song reached number eight on the Billboard Hot 100 and spent two weeks at number one on the Hot R&B Singles chart.

"Just Kickin' It" is a song by American R&B group Xscape. Written by Jermaine Dupri and Manuel Seal, the song was released as Xscape's first single from the group's 1993 debut album, Hummin' Comin' at 'Cha. The single became the group's most commercially successful hit, peaking at number two on the Billboard Hot 100 and spending four weeks at number one on the Hot R&B Singles chart. 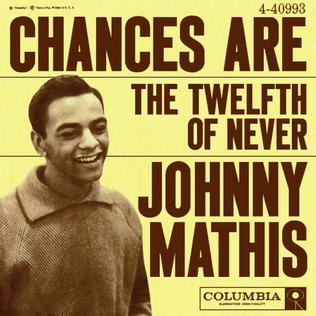 "The Twelfth of Never" is a popular song written in 1956 and first recorded by Johnny Mathis the following year. The title is a popular expression, which is used as the date of a future occurrence that will never come to pass. In the case of the song, "the 12th of Never" is given as the date on which the singer will stop loving his beloved, thus indicating that he will always love her. 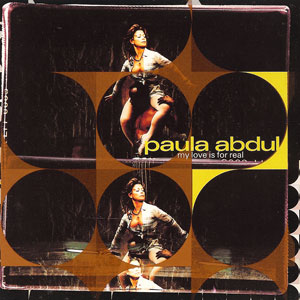 "My Love Is for Real" is a song by American singer Paula Abdul with backing vocals from Israeli singer Ofra Haza. It was released as the first single from Abdul's third studio album, Head over Heels, on May 30, 1995. Intended as Abdul's comeback single, "My Love Is for Real" reached number one in Hungary and the top 20 in Australia, Canada, and New Zealand, but it stalled outside the top 20 in the United States, peaking at number 28 on the Billboard Hot 100, and failed to make a major impact in Europe. 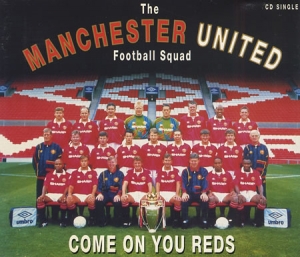 "Come on You Reds" is a song recorded by the 1994 Manchester United football squad, written and produced by the rock group Status Quo. It first entered the UK Singles Chart on 30 April 1994, and remained there for a total of 15 weeks, reaching a two-week high of number one. The song is the only club side football single to reach number one on the UK chart – however, "Back Home" and "World in Motion" both topped the charts for the England national side. 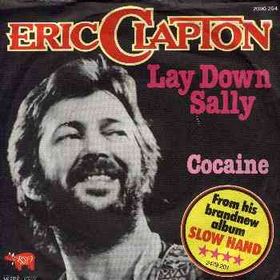 "Lay Down Sally" is a song performed by Eric Clapton, and written by Clapton, Marcella Detroit, and George Terry. It appeared on his November 1977 album Slowhand, and reached No. 3 on the Billboard Hot 100 chart. 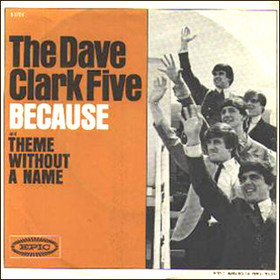 "Because" is a song recorded by English rock band The Dave Clark Five from their third studio album American Tour (1964). Written by Dave Clark and singer Mike Smith, and produced by Adrian Clark, the song was originally the B-side to "Can't You See That She's Mine" in the UK.

This is the songs discography for American singer Whitney Houston. Nicknamed ''The Voice", she has sold more physical singles than any other female solo artist in history, according to the Recording Industry Association of America. Houston's 1992 single "I Will Always Love You" is the best-selling physical single of all time by a female artist and was Diamond certified.