Carl Benjamin Boyer (November 3, 1906 – April 26, 1976) was an American historian of sciences, and especially mathematics. Novelist David Foster Wallace called him the "Gibbon of math history". [2] It has been written that he was one of few historians of mathematics of his time to "keep open links with contemporary history of science." [3]

Boyer was valedictorian of his high school class. He received a B.A. from Columbia College in 1928 and an M.A. in 1929. He received his Ph.D. in Mathematics from Columbia University in 1939. [1] He was a full professor of Mathematics at the City University of New York's Brooklyn College from 1952 until his death, although he had begun tutoring and teaching at Brooklyn College in 1928. [1]

Along with Carolyn Eisele of CUNY's Hunter College; C. Doris Hellman of the Pratt Institute, and later CUNY's Queens College; and Lynn Thorndike of Columbia University, Boyer was instrumental in the 1953 founding of the Metropolitan New York Section of the History of Science Society. [4]

In 1954, Boyer was the recipient of a Guggenheim Fellowship to further his work in the history of science. In particular, the grant made reference to "the history of the theory of the rainbow". [5]

Boyer died of a heart attack in New York City in 1976.

In 1978, Boyer's widow, the former Marjorie Duncan Nice, a professor of history, [12] established the Carl B. Boyer Memorial Prize, to be awarded annually to a Columbia University undergraduate for the best essay on a scientific or mathematical topic. [13]

The Analytical Society was a group of individuals in early-19th-century Britain whose aim was to promote the use of Leibnizian notation for differentiation in calculus as opposed to the Newton notation for differentiation. The latter system came into being in the 18th century as a convention of Sir Isaac Newton, and was in use throughout Great Britain. According to a mathematical historian:

Emil Leon Post was a Polish-born American mathematician and logician. He is best known for his work in the field that eventually became known as computability theory. 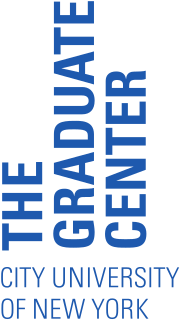 The Graduate School and University Center of the City University of New York is a public research institution and post-graduate university in New York City. It is the principal doctoral-granting institution of the City University of New York (CUNY) system. The school is situated in the landmark B. Altman and Company Building at 365 Fifth Avenue in Midtown Manhattan, opposite the Empire State Building. The Graduate Center has 4,600 students, 31 doctoral programs, 14 master's programs, and 30 research centers and institutes. A core faculty of approximately 140 is supplemented by over 1,800 additional faculty members drawn from throughout CUNY's eleven senior colleges and New York City's cultural and scientific institutions.

Abraham Fraenkel was a German-born Israeli mathematician. He was an early Zionist and the first Dean of Mathematics at the Hebrew University of Jerusalem. He is known for his contributions to axiomatic set theory, especially his additions to Ernst Zermelo's axioms, which resulted in the Zermelo–Fraenkel set theory. 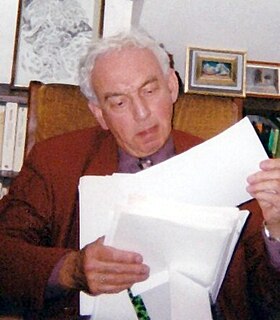 Ivor Owen Grattan-Guinness was a historian of mathematics and logic. 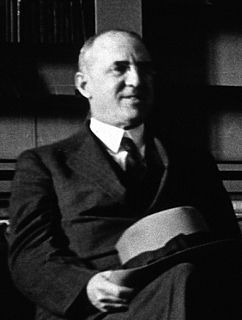 Lynn Thorndike was an American historian of medieval science and alchemy. He was the son of a clergyman, Edward R. Thorndike, and the younger brother of Ashley Horace Thorndike, an American educator and expert on William Shakespeare, and Edward Lee Thorndike, known for being the father of modern educational psychology.

Anil Nerode is an American mathematician. He received his undergraduate education and a Ph.D. in mathematics from the University of Chicago, the latter under the directions of Saunders Mac Lane. He enrolled in the Hutchins College at the University of Chicago in 1947 at the age of 15, and received his Ph.D. in 1956. His Ph.D. thesis was on an algebraic abstract formulation of substitution in many-sorted free algebras and its relation to equational definitions of the partial recursive functions. 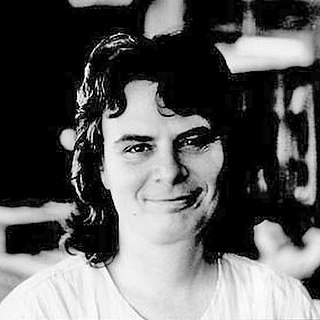 Scripta Mathematica was a quarterly journal published by Yeshiva University devoted to the philosophy, history, and expository treatment of mathematics. It was said to be, at its time, "the only mathematical magazine in the world edited by specialists for laymen."

Jekuthiel Ginsburg (1889–1957) was a professor of mathematics at Yeshiva University. He established the journal Scripta Mathematica. He also was honored as a fellow of the New York Academy of Sciences.

Joseph Warren Dauben is a Herbert H. Lehman Distinguished Professor of History at the Graduate Center of the City University of New York. He obtained his PhD from Harvard University.

Elliott Mendelson was an American logician. He was a professor of mathematics at Queens College of the City University of New York, and the Graduate Center, CUNY. He was Jr. Fellow, Society of Fellows, Harvard University, 1956–58. 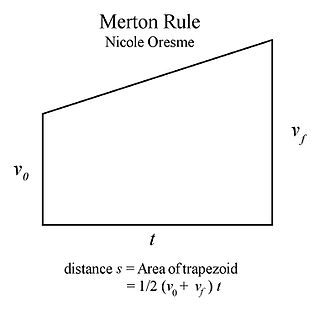 The mean speed theorem, also known as the Merton rule of uniform acceleration, was discovered in the 14th century by the Oxford Calculators of Merton College, and was proved by Nicole Oresme. It states that a uniformly accelerated body travels the same distance as a body with uniform speed whose speed is half the final velocity of the accelerated body.

Carolyn Eisele was an American mathematician and historian of mathematics known as an expert on the works of Charles Sanders Peirce.

Clarisse Doris Hellman Pepper was an American historian of science, "one of the first professional historians of science in the United States". She specialized in 16th and 17th century astronomy, wrote a book on the Great Comet of 1577, and was the translator of another book, a biography of Johannes Kepler. She became a professor at the Pratt Institute and later at the Queens College, City University of New York, and was recognized by membership in several selective academic societies.

Lao Genevra Simons (1870–1949) also referred to as Lao G. Simons, was an American mathematician, writer, and historian of mathematics known for her influential book Fabre and Mathematics and Other Essays. Simons was head of the mathematics department at Hunter College in New York.