Hellmayr was born in Vienna and studied at the University of Vienna, although he did not complete his degree. After his studies he worked in Vienna, Munich, Berlin, Paris, Tring (England), and Chicago.

He spent the years 1905–1908 studying Baron Rothschild's private collection of natural history specimens at Tring, near London. There he received guidance from the German ornithologist Ernst Hartert.

In 1908, Hellmayr was appointed Curator of the Bird Department at the Bavarian State Museum, which he had helped organize in 1903 and where he became a specialist in Neotropical birds, studying Johann Baptist von Spix's collection of Brazilian birds.

In 1922, he was made Curator in Zoology at the Field Museum in Chicago. He stayed there until 1931. His books included 13 of the 15 volumes of the Catalogue of Birds of the Americas (1918–1949), a work initiated by Hellmayr's predecessor, Charles B. Cory. With Henry Boardman Conover he published The Birds of Chile.

In 1931, Hellmayr went back to Vienna. After the Nazi takeover of Austria in 1938, he was arrested and briefly jailed for reasons that are not fully known but probably related to his unsympathic views toward the Nazi Party (Hellmayr did not make political statements in public, but his interest – as an amateur historian – in the French Revolution shows that he was more than casually interested in such topics). After his release he emigrated with his wife to Switzerland. Following a long period of declining health, he died in 1944 in Orselina, near Locarno.

Historian François Vuilleumier writes that "Hellmayr's pivotal role was first and foremost to bring order to [the] nomenclatural chaos" of his day that had resulted in erroneous citations and hindered analysis of species and genera.

The following is a timeline of ornithology events:

Charles Barney Cory was an American ornithologist and golfer. 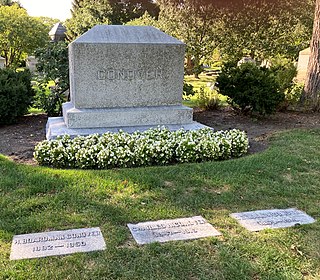 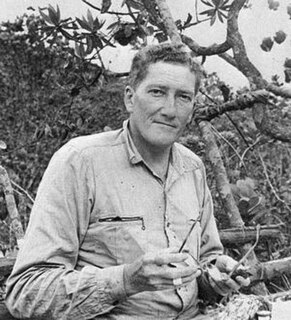 William Henry Phelps Jr. was a Venezuelan ornithologist and businessman.

Hans-Wilhelm Koepcke was a German zoologist, ornithologist, and herpetologist. He was married to ornithologist Maria Koepcke, and was the father of mammalogist Juliane Koepcke.

The pardusco is a species of tanager that is endemic to woodland near the timberline in the Andes of central Peru. It is the only member of the genus Nephelornis. This small olive-brown bird is typically seen in groups, which sometimes join mixed species flocks. It has a small range, but is locally fairly common, and consequently considered to be of least concern by BirdLife International and IUCN.

Sick's swift is a species of swift in the family Apodidae. It was previously considered conspecific with the smaller ashy-tailed swift, but a study published in 1997 found that Sick's swift was closer to the chimney swift. The English name commemorates the German-born ornithologist Helmut Sick who studied South American birds. It is a migratory species that breeds in central South America and overwinters in northern South America. The IUCN has listed it as being of "Least Concern".

Tolmomyias is a genus of Neotropical birds in the tyrant flycatcher family Tyrannidae. It is one of the two genera containing the "flatbills"; the other is Rhynchocyclus.

Cotinga is a biannual peer-reviewed scientific journal of ornithology published by the Neotropical Bird Club. It was established in 1994 and covers the field of neotropical ornithology and bird conservation in South America, Central America from Mexico to Panama, and the islands of the Caribbean. The focus of the journal is on new distributional and temporal information, including new country records, new biological information, particularly on breeding, and new interpretations on taxonomy, particularly descriptions of new taxa. It publishes articles, short notes, and reviews. Articles are published in English, Spanish, or Portuguese, with an abstract in English, Spanish, Portuguese, or French. The current editor-in-chief is George Wallace. 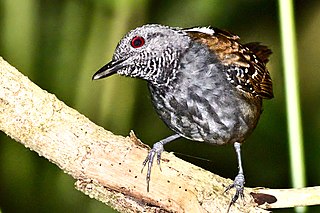 Eugene "Gene" Eisenmann was an American and Panamanian lawyer and amateur ornithologist of German-Jewish ancestry. He had a long association with the Linnaean Society of New York (LSNY) as well as with the American Ornithologists' Union (AOU) and the American Museum of Natural History (AMNH). He was an expert on Neotropical birds. 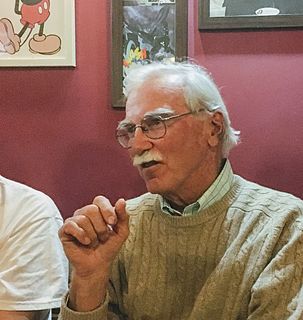 Josselyn Van Tyne was an American ornithologist and museum curator of birds.

James Vanderbeek "Van" Remsen Jr. is an American ornithologist. His main research field is the Neotropical avifauna. In 1999, he founded the South American Classification Committee. In 2013, he was honored with the Brewster Medal of the American Ornithologists' Union.

Emmet Reid Blake was an American ornithologist, collector, and curator of birds at the Field Museum of Natural History, Chicago. During his career he made expeditions across South America and collected nearly 20,000 specimens of birds and described several new species. He also wrote a major book on the birds of Mexico and began a five volume treatise on the Neotropical birds.