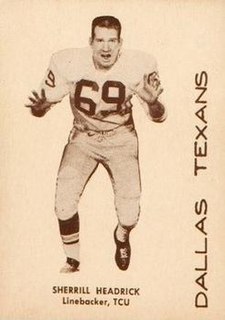 Andre Lamont Johnson is a former American football wide receiver who played most of his 14-year career with the Houston Texans of the National Football League (NFL). He played college football at Miami, and was drafted by the Texans third overall in the 2003 NFL Draft. He is 11th all-time in NFL career receptions, and in NFL receiving yards. Johnson holds nearly every Texans receiving record. He was also a member of the Indianapolis Colts and Tennessee Titans. During his career, Johnson was named to the Pro Bowl 7 times, named to 5 All-Pro teams and emerged as one of the NFL's most productive wide receivers of the 21st century. 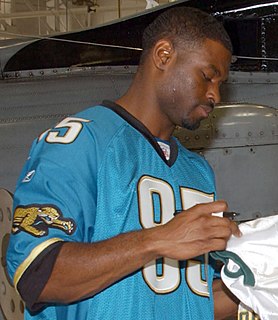 Cortez Hankton is a former American football wide receiver who is currently the Pass Game Coordinator And Wide Receivers coach at Georgia. He was originally signed by the Jacksonville Jaguars as an undrafted free agent in 2003. He played college football at Texas Southern. He attended St. Augustine High School in New Orleans. He lettered in football and track & field. He is a member of Kappa Alpha Psi fraternity.

Mark DeWayne Moseley is a former professional American football placekicker in the National Football League (NFL) who played for the Philadelphia Eagles (1970), the Houston Oilers (1971–72), the Washington Redskins (1974–86), and the Cleveland Browns (1986). He won the Most Valuable Player Award during the strike-shortened 1982 season. He is the only special teams player to win the NFL MVP award and is one of only three non-offensive MVPs. 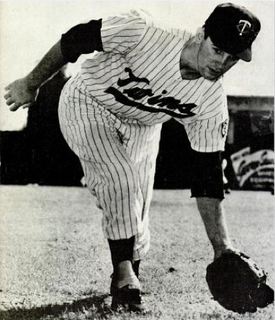 Bernard Keith Allen is a former Major League Baseball player for the Minnesota Twins, Washington Senators, New York Yankees, and Montreal Expos. At 6' 0" and 185 lbs, Allen was a second-baseman for most of his career; playing over 900 games at the position. By the 1971 season, he was splitting his time between second and third base.

George Bernard Young was an American football player, coach, and executive. He served as the general manager of the New York Giants from 1979 to 1997. He was named NFL Executive of the Year five times.

Memorial High School is a public, co-educational secondary school located in Port Arthur, Texas, United States. It was established in August 2002 after a merger of three previous high schools: Thomas Jefferson, Abraham Lincoln, and Stephen F. Austin. Since then, Port Arthur Memorial High School has been the only high school in the Port Arthur Independent School District. It serves most of Port Arthur and a portion of Groves. Initially, the school used the former Lincoln and Jefferson campuses; its new facility opened for the 2009–10 school year on the northern side of Port Arthur. It also has a 9th Grade Center Next to it bro in Port Arthur, on the former Austin Middle School campus.

Advanced Football Analytics was a website dedicated to the analysis of the National Football League (NFL) using mathematical and statistical methods. The site's lead author was noted football researcher and analyst Brian Burke. Burke is a regular contributor to The New York Times' NFL coverage, The Washington Post's Redskins coverage, and supplies research for other notable publications and writers.

Carl Thomas Stolhandske is a former American football linebacker who played one season with the San Francisco 49ers of the National Football League (NFL). He was drafted by the 49ers in the first round of the 1953 NFL Draft. He played college football at the University of Texas at Austin and attended Robert E. Lee High School in Baytown, Texas. He was also a member of the Edmonton Eskimos of the Canadian Football League.

Eugene Oliver Cockrell was an American football offensive tackle who played three seasons with the New York Titans of the American Football League (AFL). He was drafted by the Cleveland Browns of the National Football League (NFL) in the 28th round of the 1957 NFL Draft. He played college football at Oklahoma and Hardin–Simmons. He was also a member of the Saskatchewan Roughriders of the Western Interprovincial Football Union (WIFU). He was inducted into the Texas Panhandle Sports Hall of Fame in 2010.

John L. White is a former American football tight end who played three seasons in the American Football League with the Houston Oilers and Oakland Raiders. He played college football at Texas Southern University. He was also a member of the Edmonton Eskimos of the Canadian Football League.