"Carl Whitaker was one of the founding generation of family therapists who broke the rules of the psychotherapeutic orthodoxies of the time, such as that therapy focused on a single client and was totally divorced from family life," said Richard Simon, editor of The Family Therapy Networker, a leading publication in the field. "His idea was that the entire family was the client." Dr. Whitaker, was known for his charm and charismatic manner, was one of the most powerful voices in shaping the practice of family therapy as it began to develop in the 1960s. Often provocative in his teaching, he told one interviewer, "Every marriage is a battle between two families struggling to reproduce themselves." [1]

Dr. Whitaker was a native of Syracuse, NY, where he attended high school, university, and medical school. Whitaker received his M.D. from Syracuse University in 1936. After a residency in obstetrics and gynecology, Dr. Whitaker began to work in 1938 in a psychiatric hospital, and soon became fascinated by the challenge of treating people suffering of schizophrenia. Observing that some patients seemed to recover only to have their problems re-emerge when they returned to their families, Dr. Whitaker began to focus on treating the whole family rather than the one patient. [2]

He is credited for the co-development of the symbolic-experiential approach to therapy and the use of co-therapists , which came about during World War II as he counseled workers in Oak Ridge, Tenn., where a top-secret atomic bomb project was under way.

Whitaker referred to his work as “therapy of the absurd,” highlighting the unconventional and playful wisdom he used to help transform family. Relying almost entirely on emotional logic rather than cognitive logic, his work is often misunderstood as nonsense, but it is more accurate to say that he worked with “heart sense.” Rather than intervene on behavioral sequences like strategic-systemic therapists, Whitaker focused on the emotional process and family structure. He intervened directly at the emotional level of the system, relying heavily on “symbolism” and real life experiences as well as humor, play, and affective confrontation.

For the astute observer, Whitaker's work embodied a deep and profound understanding of families’ emotional lives; to the casual observer, he often seemed rude or inappropriate. When he was “inappropriate,” it was always for the purpose of confronting or otherwise intervening on emotional dynamics that he wanted to expose, challenge, and transform. He was adamant about balancing strong emotional confrontation with warmth and support from the therapist. In many ways, he encouraged therapists to move beyond the rules of polite society and invite all participants to be genuine and real enough to speak the whole truth.

A number of Whitaker's ideas about family therapy are presented in The Family Crucible, written with Dr. Augustus Napier in 1978, which became a highly influential work in the field. In 1982 Dr. Whitaker's major articles on family therapy were collected in From Psyche to System edited by John R. Neill and David Kniskern.

After his retirement Dr. Whitaker continued to teach and lecture widely, and he and his wife, Muriel Schram Whitaker, consulted with and supervised family therapists around the world. His last book, Midnight Musings of a Family Therapist, was published in 1988 by W. W. Norton. [4]

Albert Ellis was an American psychologist who in 1955 developed Rational Emotive Behavior Therapy (REBT). He held MA and PhD degrees in clinical psychology from Columbia University and the American Board of Professional Psychology (ABPP). He also founded and was the President of the New York City-based Albert Ellis Institute for decades. He is generally considered to be one of the originators of the cognitive revolutionary paradigm shift in psychotherapy and an early proponent of cognitive-behavioral therapies.

The Internal Family Systems Model (IFS) is an integrative approach to individual psychotherapy developed by Richard C. Schwartz. It combines systems thinking with the view that mind is made up of relatively discrete subpersonalities each with its own viewpoint and qualities. IFS uses family systems theory to understand how these collections of subpersonalities are organized.

Play therapy is a method of meeting and responding to the mental health needs of children and is extensively acknowledged by experts as an effective and suitable intervention in dealing with children’s brain development. It is generally employed with children aged 3 years through 11 and provides a way for them to express their experiences and feelings through a natural, self-guided, self-healing process. As child experiences and knowledge are often communicated through play, it becomes an important vehicle for them to know and accept themselves. 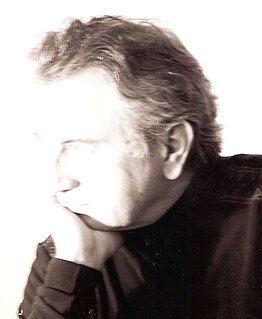 Charles Figley is a university professor in the fields of psychology, family therapist, psychoneuroimmunologist family studies, social work, traumatology, and mental health. He is the Paul Henry Kurzweg, MD Distinguished Chair in Disaster Mental Health and Graduate School of Social Work Professor at Tulane University. He was a full professor and Traumatology Institute Director at the Florida State University (FSU) College of Social Work. Before FSU, starting as an assistant professor in the Dept of Child Development and Family Studies in 1974. Figley became a Purdue University Full Professor in 1983 with a courtesy appointment in the Department of Psychological Sciences. Professor Figley received both of his graduate degrees from the Pennsylvania State University and his undergraduate degree from the University of Hawaii, all in the area of human development.

Sue Johnson is a Canadian clinical psychologist, couples therapist, and author. She is known for her work in the field of psychology on bonding, attachment and adult romantic relationships.

Stephen R. Lankton, MSW, DAHB is the current editor of the American Journal of Clinical Hypnosis (2005–2017). He is a recipient of the American Society of Clinical Hypnosis' "Lifetime Achievement Award" and “Irving Sector Award for Advancement of the Field of Hypnosis”. as well as the Milton H. Erickson Foundation “Lifetime Achievement Award for Outstanding Contributions to the Field of Psychotherapy.”

Ivan Boszormenyi-Nagy was a Hungarian-American psychiatrist and one of the founders of the field of family therapy. Born Iván Nagy, his family name was changed to Böszörményi-Nagy during his childhood. He emigrated from Hungary to the United States in 1950, and he simplified his name to Ivan Boszormenyi-Nagy at the time of his naturalization as a US citizen.

Gerald R. Weeks is an American author and lecturer. He has published 25 books on psychotherapy, which have been translated into multiple languages. He has published in the fields of individual, and family therapy, although he is best known for his work in sex and couple’s therapy. Weeks is the founder of the Systems Approach to Sex Therapy as well as the founder of the Intersystem Approach to therapy which has been called one of the most ambitious efforts to develop an integrative approach to psychotherapy. He was a professor in the Marriage and Family Therapy Program at the University of Nevada-Las Vegas from 1999-2017. In 2017, he became Professor Emeritus as he retired from UNLV. 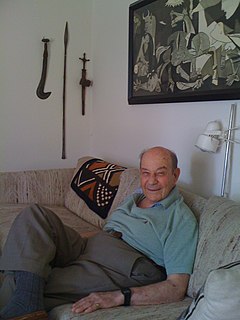 Anca Ramsden is a Sydney based clinical psychologist notable for dealing with children and adults with emotional, behavioural, social, learning and performance problems.

Michael D. Yapko is a clinical psychologist and author, whose work is focused in the areas of treating depression, developing brief psychotherapies and advancing the clinical applications of hypnosis.

Co-therapy or conjoint therapy is a kind of psychotherapy conducted with more than one therapist present. This kind of therapy is especially applied during couple therapy. Carl Whitaker and Virginia Satir are credited as the founders of co-therapy.