After the political crisis following the Getúlio Vargas suicide in 1954, Carlos Luz was the second of three presidents who ruled Brazil in a brief period of 16 months. At the time of President Café Filho's alleged illness in 1955 he was the president of the Chamber of Deputies, [1] and so the next in the line of succession to the Presidency, since Filho had been the vice president under Vargas. Luz headed the government only three days in November 1955 and was replaced by the Vice-President of the Senate Nereu Ramos given the orders of the Minister of Defence Henrique Teixeira Lott over his fear that Luz might support a plot to prevent President-elect Juscelino Kubitschek from taking office on January 1956. [2]

Luz was married to his first wife, Maria José Dantas Luz, from 1920 until her death in 1924. They had two children together. Later, Luz remained married to Graciema da Luz until his death in Rio de Janeiro in February 1961.

As of 2019, Luz remains the shortest-serving president of Brazil. 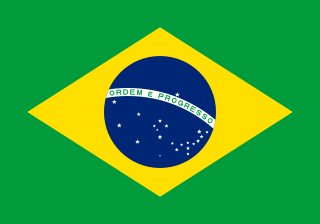 The Fourth Brazilian Republic is the period of Brazilian history between 1946 and 1964 also known as the "Republic of 46" or as the "Populist Republic". It was marked by political instability and military's pressure on civilian politicians which ended with the 1964 Brazilian coup d'état and establishment of Brazilian military government.

Nereu de Oliveira Ramos was a Brazilian political figure. He briefly served as Interim President of Brazil in the aftermath of the political crisis which culminated in the suicide of President Getúlio Vargas. 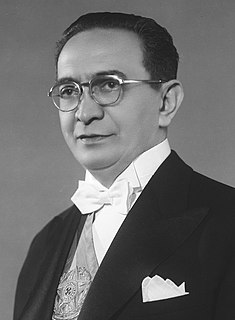 João Fernandes Campos Café Filho was a Brazilian politician who served as the 18th President of Brazil, taking office upon the suicide of former President Getúlio Vargas. He was the first Protestant to occupy the position. 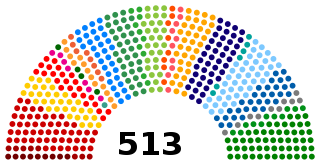 The Chamber of Deputies is a federal legislative body and the lower house of the National Congress of Brazil. The chamber comprises 513 deputies, who are elected by proportional representation to serve four-year terms. The current President of the Chamber is the Deputy Arthur Lira (PP-AL), who was elected on 1 February 2021.

The National Democratic Union was a political party that existed in Brazil between 1945 and 1965. It was ideologically aligned with conservatism. During most of its existence, it was the country's second-strongest party. Its symbol was an Olympic torch and its motto was "The price of freedom is eternal vigilance", a quote falsely attributed to Thomas Jefferson. 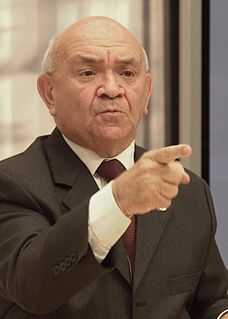 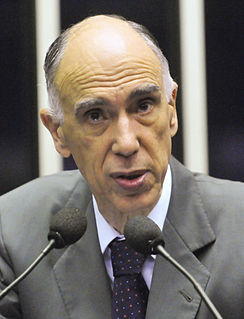 Marco Antônio de Oliveira Maciel was a Brazilian politician, lawyer, and law school professor who served as the 22nd Vice President of Brazil from 1 January 1995 to 31 December 2002, twice elected on the same ticket as President Fernando Henrique Cardoso in the 1994 and 1998 general elections. He was a founder of the conservative PFL party.

José Aldo Rebelo Figueiredo is a Brazilian politician, member of the Solidariedade (SD) and a federal deputy elected by the state of São Paulo. He was President of the Chamber of Deputies of Brazil from 2005 to 2007. 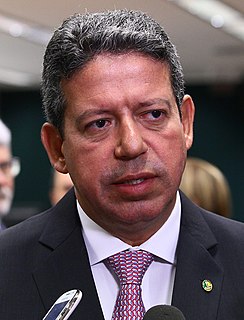 The President of the Chamber of Deputies is the speaker of the lower house of the National Congress of Brazil, elected by his peers for a two-year term. 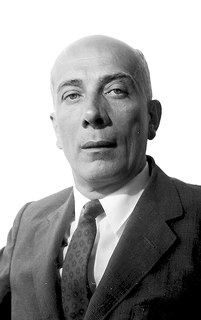 Ulysses Silveira Guimarães was a Brazilian politician and lawyer who played an important role in opposing the military dictatorship in Brazil and in the fight to restore democracy in the country. He died in a helicopter accident by the shore near Angra dos Reis, in the south of Rio de Janeiro state. 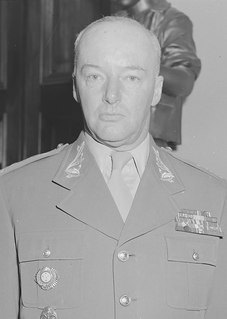 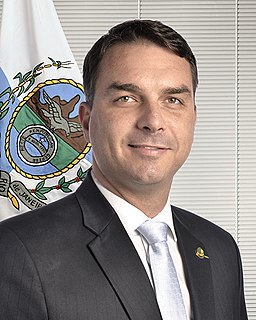 Carlos Nantes Bolsonaro is a Brazilian politician and the second son of the 38th President of Brazil, Jair Bolsonaro.

Vanderlei Macris is a Brazilian politician and lawyer. Having been involved in politics since 1972, Macrus has spent his political career representing São Paulo, having served as state representative in the lower house of the national legislature from 1975 to 2007 and the state legislature from 2007 to 2011 and since 2012.