Dillon was born in Hendon to Irish-born Joseph Thomas Dillon and his wife Teresa. She was one of six children, for whom their Catholic parents paid to be well educated. Carmen went to the New Hall Convent School in Chelmsford. The elder brother died during World War one, one sister became a nun and another brother emigrated. Carmen and her sisters Teresa and Agnes Dillon (known as Una) were left to fulfil their parent's ambitions for them. [2]

Dillon initially worked as an architect and designer, and was invited to design the cover for the newly formed Electrical Association for Women. [3]

However in 1934 she was invited to join the film industry. [4] This built on her enthusiasm for acting and drawing. She became an art director and production designer, and won an Oscar for Laurence Olivier's 1948 film of Hamlet . [1] It was said that for twenty-five years she was the only woman art director in the British film industry. [5]

None of the three Dillon sisters married, and they spent 42 years together in a large flat in Kensington. Tess Dillon had led the physics department at Queen Elizabeth College. [5] In 1985 Carmen retired to Hove with her sister Una, who had founded Dillons Booksellers. [2] Carmen outlived her sister and died in 2000 with no survivors. [6]

Gian Franco Corsi Zeffirelli, commonly known as Franco Zeffirelli, was an Italian director and producer of operas, films and television. He was also a senator from 1994 until 2001 for the Italian centre-right Forza Italia party.

Hamlet is a 1948 British film adaptation of William Shakespeare's play of the same name, adapted and directed by and starring Laurence Olivier. Hamlet was Olivier's second film as director and the second of the three Shakespeare films that he directed. Hamlet was the first British film to win the Academy Award for Best Picture. It is the first sound film of the play in English. Khoon Ka Khoon, a 1935 sound film adaptation, had been made in India and filmed in the Urdu language.

Agnès Varda was a Belgian-born French film director, screenwriter, photographer, and artist. Her pioneering work was central to the development of the widely influential French New Wave film movement of the 1950s and 1960s. Her films focused on achieving documentary realism, addressing women's issues, and other social commentary, with a distinctive experimental style. 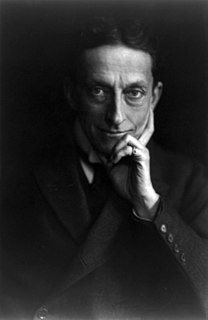 Sir Johnston Forbes-Robertson was an English actor and theatre manager. He was considered the finest Hamlet of the Victorian era and one of the finest actors of his time, despite his dislike of the job and his lifelong belief that he was temperamentally unsuited to acting.

Dillons was a British bookshop founded in 1932, named after its founder and owner Una Dillon. Originally based on Gower Street in London, the bookshop expanded under subsequent owners Pentos plc in the 1980s into a bookselling chain across the United Kingdom. In 1995 Pentos went into receivership and sold Dillons to Thorn EMI, which immediately closed 40 of the 140 Dillons bookstore locations. Of the remaining 100 stores, most kept the name Dillons, while the remainder were Hatchards and Hodges Figgis. Within Thorn EMI, Dillons was placed in the HMV Group, which had been a division of Thorn EMI since 1986. EMI demerged from Thorn in August of 1996, and Dillons-HMV remained an EMI holding. Dillons was subsumed under rival chain Waterstones' branding in 1999, at which point the brand ceased to exist.

Patricia Cardoso is an award-winning director, writer, and producer, who has directed a wide range of acclaimed films and episodes for the screen. Cardoso's feature film Real Women Have Curves was a box office and critical success and has become a landmark of Latinx cinema. 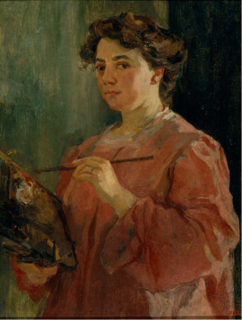 Lluïsa Vidal i Puig was a painter. Raised in a well-off family closely related to Catalan modernist circles, she is known as the only professional women painter of Catalan modernism, and one of the few women of that period who went abroad to receive art lessons.

The Electrical Association for Women (EAW) was a feminist and educational organisation founded in Great Britain in 1924 to promote the benefits of electricity in the home.

The Slaughter of St. Teresa's Day was a 1960 Australian TV play based on the stage play of the same name by Peter Kenna.