Caroline Harriet Abraham (née Palmer, 1809 – 17 June 1877) was born in Wanlip near Leicester. She became a New Zealand artist who created a useful record of that country in the nineteenth century. She was the influential wife of a bishop and the mother of another. She put together a book, with others, supporting Māori rights.

Wanlip is a small village and civil parish in the Charnwood district of Leicestershire, with a population measured at 305 at the 2011 census. It is a countryside village, north of Birstall, and west of Watermead Country Park and the River Soar. The A46 road runs directly past the village. Wanlip won the 2008 Leicester and Rutland Best Village Competition for villages with a population under 500.

Caroline Harriet Palmer was born [1] and baptised in 1809 in Wanlip, Leicestershire, England. [2] [3] She was the daughter of Sir Charles Thomas Hudson Palmer and his wife. Her father had changed his name from Hudson to Palmer in order to meet the terms of an inheritance. [1] In 1850 she married the Rev Charles Abraham and they emigrated to New Zealand shortly after where her husband wanted to work with George Selwyn. [2] They arrived in Auckland on 6 August 1850 with their servant. [4] Selwyn appointed her husband to lead a new college, St John's College, he had founded in Auckland. Her husband trained both Māori and European youths. [5] 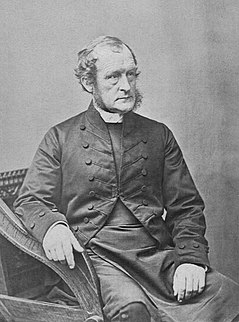 Her husband was ordained to become the Bishop of Wellington whilst on a trip to England in 1857. [2] Her only son, Charles was born the same year and he went on to be the Bishop of Derby.

The Bishop of Derby is the Ordinary of the Church of England Diocese of Derby in the Province of Canterbury.

Abraham was a water colourist and her scenes of early New Zealand immigrant settlements are held by the National Library of New Zealand [7] and Auckland City [8] [3] They are an important source of information from this period. During the New Zealand Wars she advocated for the Māori. [2] 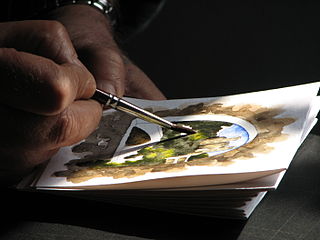 The National Library of New Zealand is New Zealand's legal deposit library charged with the obligation to "enrich the cultural and economic life of New Zealand and its interchanges with other nations". Under the Act, the library is also expected to be: 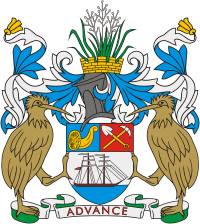 The publication that she helped create was called Extracts of letters from New Zealand on the war question and it was published in 1861. [9] She wrote it with her aunt and uncle, George and Sarah Selwyn, her own husband and Sir William and Lady Mary Ann Martin. George Selwyn was a Bishop and Sir William Martin was the Chief Justice. Abraham believed that the Māori people (then called natives of New Zealand and similar) were a proud race whose rights needed to be considered. This book was distributed privately after being printed in London. [2]

Sir William Martin was the first Chief Justice of New Zealand, from 1841 until he resigned in 1857.

In 1862 a set of eight matching lithographs were published which were based on images created by Abraham. The images built into a panorama of Tamaki showing the site of St John's Chapel and school buildings in Auckland. The lithography was achieved by an unnamed sister of Rev. William C. Cotton. [6]

Tamaki is a small suburb of East Auckland, 11 kilometres from the Auckland CBD, in the North Island of New Zealand. It is located by the banks of the estuarial Tamaki River, which is a southern arm of the Hauraki Gulf. The suburb is between the suburbs of Point England to the north and Panmure to the south.

The Chapel of St John the Evangelist belongs to St John's College in the Auckland, New Zealand suburb of Meadowbank. Built from March 1847 and consecrated by Bishop Selwyn later that year, it was registered on 23 June 1983 by the New Zealand Historic Places Trust as a Category I historic place with registration number 13. It is the oldest surviving church building in Auckland.

Rev William Charles Cotton MA was an Anglican priest, a missionary and an apiarist. After education at Eton College and Christ Church, Oxford he was ordained and travelled to New Zealand as chaplain to George Augustus Selwyn, its first bishop. He introduced the skills of beekeeping to North Island and wrote books on the subject. Later as vicar of Frodsham, Cheshire, England, he restored its church and vicarage but was limited in his activities by mental illness.

In 1867 Abraham and her son returned to England in order for her son to study at Eton. Three years later, her husband also went back to England as his friend George Selwyn was to be made Bishop of Lichfield. [10]

She was the wife of a bishop and the mother of another. [2] Her paintings and sketches are held in several collections in New Zealand. One of her sketchbooks is in Auckland Public Library and this records the influence on her of classically trained, but New Zealand artists like Albin Martin and John Hoyte. [2] 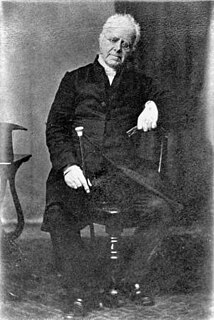 Henry Williams was the leader of the Church Missionary Society (CMS) mission in New Zealand in the first half of the 19th century.

Elizabeth Fairburn Colenso was a missionary, teacher and Bible translator in New Zealand.

Alfred Nesbit Brown was a member of the Church Missionary Society (CMS) and one of a number of missionaries who travelled to New Zealand in the early 19th century to bring Christianity to the Māori people.

Foveaux Strait is the centre of attention for sealing ships. Sealing gangs are dropped along the coast from southern Fiordland to Otago Harbour and on Stewart Island/Rakiura. The Bay of Islands is sometimes on the journey to or from Port Jackson. The Chatham Islands are also visited. A few whalers also operate around New Zealand; some also collect timber from Bay of Islands.

William Samuel Bambridge was a school-teacher who accompanied George Augustus Selwyn and William Charles Cotton in the Te Waimate mission, New Zealand before returning to England where he became photographer to Queen Victoria. Three of his sons became England international footballers.

Marianne Williams, together with her sister-in-law Jane Williams, was a pioneering educator in New Zealand. They established schools for Māori children and adults as well as educating the children of the Church Missionary Society (CMS) in the Bay of Islands, New Zealand. The Māori women called her Mata Wiremu.

Jane Williams, born Jane Nelson, was a pioneering educator in New Zealand. Together with her sister-in-law Marianne Williams she established schools for Māori children and adults. She also educated the children of the Church Missionary Society in the Bay of Islands, New Zealand. 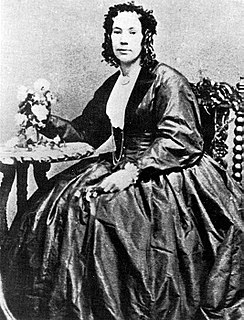 Ellen Elizabeth Ellis was a New Zealand feminist and writer. She was born at 106 High St, Guildford, moved to Great Tangley Manor in 1852 and to New Zealand in 1859.

Charles Grave Hudson FRS married well and became the owner of Wanlip Hall in Leicestershire. He was a director of the South Sea Company and became a High Sheriff of Leicestershire in 1783. He became a baronet on 21 June 1791. 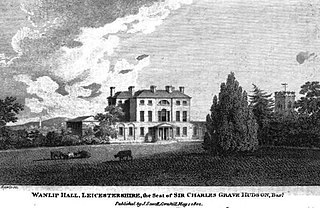 Wanlip Hall was a large house in Wanlip near the English shire town of Leicester. It was the ancestral home of the Palmer family. The building was demolished before the Second World War.

Rangiaowhia was, for over 20 years, a thriving village on a ridge between two streams in the Waikato region, about 4 km (2.5 mi) east of Te Awamutu. From 1841 it was the site of a very productive Māori mission station until the Invasion of the Waikato in 1864. The station served Ngati Hinetu and Ngati Apakura. Only a church remains from those days, the second oldest Waikato building.

John Alexander Wilson was an Anglican missionary and a member of the Church Missionary Society (CMS) mission in New Zealand in the 19th century. He entered the Royal Navy in 1822 as a gentleman volunteer. He participated in the capture of a pirate vessel in the Bay of Campeche off Mexico, and the rescue in 1824 by HMS Windsor Castle of John VI of Portugal out of the hands of a faction in the April Revolt. He married Anne Catherine Hawker in Jersey in 1828. Wilson retired from the Royal Navy and in 1832 he joined the CMS as a lay missionary.