In 1995, Cassell & Co acquired Pinter Publishers. [1] In December 1998, Cassell & Co was bought by the Orion Publishing Group. In January 2002, Cassell imprints, including the Cassell Reference and Cassell Military were joined with the Weidenfeld imprints to form a new division under the name of Weidenfeld & Nicolson Ltd. [2] Cassell Illustrated survives as an imprint of the Octopus Publishing Group.

John Cassell (1817–1865), who was in turn a carpenter, temperance preacher, tea and coffee merchant, finally turned to publishing. His first publication was on 1 July 1848, a weekly newspaper called The Standard of Freedom advocating religious, political, and commercial freedom. [3] The Working Man's Friend became another popular publication. In 1849 Cassell was dividing his time between his publishing and his grocery business. In 1851 his expanding interests led to his renting part of La Belle Sauvage, a London inn which had been a playhouse in Elizabethan times. The former inn was demolished in 1873 to make way for a railway viaduct, with the company building new premises behind. La Belle Sauvage was destroyed in 1941 by WWII bombing as well as many archives.

Thomas Dixon Galpin who came from Dorchester in Dorset and George William Petter who was born in Barnstaple in Devon were partners in a printing firm and on John Cassell's bankruptcy in June 1855 acquired the publishing company and Cassell's debts. Between 1855 and 1858 the printing firm operated as Petter and Galpin and their work was published by W. Kent & Co.

John Cassell was relegated to being a junior partner after becoming insolvent in 1858, the firm being known as Cassell, Petter & Galpin. With the arrival of a new partner, Robert Turner, in 1878, it became Cassell, Petter, Galpin & Company. Galpin was the astute business manager. [4] George Lock, the founder of Ward Lock, another publishing house, was Galpin's first cousin.[ citation needed ]

Petter retired in 1883 and the company then became Cassell and Company, Ltd. "The company expanded well until 1888 when Petter died, Galpin retired from managing directorship, and Turner became chairman." [3] One July 1887 newspaper advertisement for Cassell's National Library, and other libraries, displays the footer "CASSELL & COMPANY, Limited, Ludgate-hill, London, Paris, New York, and Melbourne." [5]

Sir Thomas Wemyss Reid was general manager until 1905 when Arthur Spurgeon took over and revitalized the firm. Mainly magazine publishers, Spurgeon concentrated on reviving the book business. In 1923 the company was floated on the Stock Exchange and a few years later the magazines owned by the company were sold to Amalgamated Press following many industrial disputes (1931–1933).[ citation needed ]

In October 1992, Cassell & Co bought Victor Gollancz Ltd from Houghton Mifflin. In December 1998 the company was taken over by Orion Publishing Group. In 1999, Cassell's academic and religious lists were merged with the American company Continuum to form the Continuum International Publishing Group.

Victor Gollancz Ltd was a major British book publishing house of the twentieth century and continues to publish science fiction and fantasy titles as an imprint of Orion Publishing Group. It was founded in 1927 by Victor Gollancz and specialised in the publication of high quality literature, nonfiction and popular fiction, including crime, detective, mystery, thriller and science fiction. Upon Gollancz's death in 1967, ownership passed to his daughter, Livia, who sold it to Houghton Mifflin in 1989. Three years later, in October 1992, Houghton Mifflin sold Gollancz to the publishing house Cassell & Co. Cassell and its parent company Orion Publishing Group were acquired by Hachette in 1996, and in December 1998 the merged Orion/Cassell group turned Gollancz into its science fiction/fantasy imprint.

Simon & Schuster, a subsidiary of ViacomCBS, is an American publishing company founded in New York City in 1924 by Richard L. Simon and M. Lincoln Schuster. As of 2016, Simon & Schuster was the third largest publisher in the United States, publishing 2,000 titles annually under 35 different imprints.

Harper is an American publishing house, currently the flagship imprint of global publisher HarperCollins based in New York City. 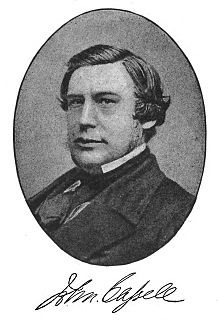 John Cassell was an English publisher, printer, writer and editor, who founded the firm Cassell & Co, famous for its educational books and periodicals, and which pioneered the serial publication of novels. He was also a well-known tea and coffee merchant and a general business entrepreneur. A fervent Christian, he campaigned throughout his life for the temperance movement in Britain, for the reduction of taxes on publishing, and was a social reformer who recognised the importance of education in improving the life of the working class, and whose many publications, both magazines and books, brought learning and culture to the masses.

Orion Publishing Group Ltd. is a UK-based book publisher. It was founded in 1991 and acquired Weidenfeld & Nicolson the following year. In 1998, Orion was acquired by French publisher Hachette Livre. Also in 1998, Orion bought Cassell. 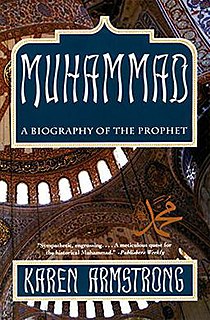