Hamlin has been recognised by the United Nations agency UNFPA as a pioneer in fistula surgery for her development of techniques and procedures for obstetric fistula treatment. The Hamlins, together with the hospital staff, have treated more than 60,000 women to date for obstetric fistula. [2] She died in Addis Ababa on 18 March 2020. [3]

Elinor Catherine Nicholson was raised in the Sydney suburb of Ryde, at "The Hermitage" (built by John Blaxland in 1842). One of six children of Elinor and Theodore Nicholson, she went to Frensham School in Mittagong, [4] before attending the University of Sydney and graduating from its Medical School in 1946. [5]

In 1958 the Hamlins answered an advertisement placed by the Ethiopian government in The Lancet medical journal for an obstetrician and gynaecologist to establish a midwifery school at the Princess Tsehay Hospital in Addis Ababa. [5] They arrived in 1959 with their six-year-old son, Richard. [6] The Hamlins had never seen an obstetric fistula before — they were an "academic rarity" [7] having been virtually eradicated in the United States in 1895. (The first fistula hospital closed its doors in New York City in 1925.) [7] Seeing many cases arrive at the school, they decided to create a dedicated hospital. Fifteen years later, in 1974, they founded Addis Ababa Fistula Hospital [8] and over the years, the hospital has treated more than 60,000 patients. [2]

Hamlin still lived in her cottage on the grounds of the Addis Ababa Fistula Hospital and remained very active in the day-to-day work of the hospital and patient care up until her death. Reg Hamlin was actively involved in the activities of the hospital and was a member of its Board of Trustees until his death in 1993. [8]

On 1 January 2001, she was awarded the Centenary Medal for "long and outstanding service to international development in Africa". [11] She is the author of the best-selling book, The Hospital by the River: A Story of Hope, first published in 2001. A second edition was published in 2016 with a foreword by Dame Quentin Bryce. [2] She has been described as a modern-day "Mother Teresa" in an editorial by Pulitzer Prize–winning writer Nicholas Kristof of The New York Times. [12]

Aged 80, Hamlin appeared on Oprah Winfrey's television show in January 2004. The episode was included in Winfrey's 20-year anthology collection. Winfrey travelled to the hospital and filmed another episode for her show, broadcast in December 2005. The 2007 documentary, "A Walk to Beautiful" featured five Ethiopian women who were treated and cured by Hamlin and her team at the Addis Ababa Fistula Hospital. [13] [14]

Hamlin was among 50 prominent Australians invited by the Governor-General of Australia, Dame Quentin Bryce, to take lunch with Queen Elizabeth II and the Duke of Edinburgh at Government House, Canberra on 23 October 2011. [17]

Both Hamlin and her hospital received numerous awards. [8] Known for her dedication and humility, Hamlin said of the plaudits she received that "I'm doing what I love doing and it's not a hardship for me to be working in Ethiopia with these women". [19] 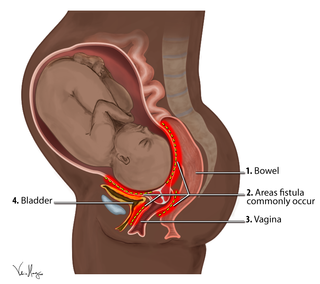 Obstetric fistula is a medical condition in which a hole develops in the birth canal as a result of childbirth. This can be between the vagina and rectum, ureter, or bladder. It can result in incontinence of urine or feces. Complications may include depression, infertility, and social isolation.

The Fistula Foundation is a not-for-profit 501(c)(3) organization focused on treatment of obstetric fistula, funding more repair surgeries than any other organization. They currently support hospitals and doctors in over 20 countries across Africa and Asia. Fistula Foundation is dedicated to treating obstetric fistula by covering the full cost of obstetric fistula repair surgery for poor women who would otherwise not be able to access treatment. They also provide fistula surgeon training, equipment and facility upgrades that make fistula treatment as safe as possible, and post-surgery counseling and support for healed patients. Fistula Foundation has been recognized by several organizations for its transparency and efficiency, earning a top "A" rating from Charity Watch and a four star rating from Charity Navigator for 13 years in a row, placing it in the top 1% of charities reviewed on the site. Fistula Foundation has also been selected as one of 22 charities recommended by Princeton Professor Peter Singer's organization, The Life You Can Save. The organization's cost-effectiveness was also noted by GiveWell in 2019.

Denis Mukwege is a Congolese gynecologist and Pentecostal pastor. He founded and works in Panzi Hospital in Bukavu, where he specializes in the treatment of women who have been raped by armed rebels.

Addis Ababa Fistula Hospital and its regional Hamlin Fistula Centres provide comprehensive care for women who suffer from incontinence, physical impairment, shame and marginalisation as a result of an obstetric fistula. The hospital was created by the Australian obstetrician and gynaecologists Catherine Hamlin and her husband Reginald Hamlin to care for women with childbirth injuries and has been in operation since 1974. It is in Addis Ababa, the capital of Ethiopia. It is the only hospital of its kind in the world dedicated exclusively to women with obstetric fistula, and it treats all patients free of charge. Patients undergo surgical repair by Ethiopian and expatriate surgeons trained at the hospital's main facility in Addis Ababa. Around 93% of these patients are repaired successfully.

Ethiopiaid is a UK-registered charity that generates public funding for local charity partners in Ethiopia. It supports organisations who work in poverty reduction, healthcare, empowerment of women & girls, elder support, children with disabilities, surgery for facial disfigurements and educational access.

Samuel Gebru is an Ethiopian American.

Yetnebersh Nigussie is a lawyer and disability rights activist from Ethiopia. In 2017, she was awarded the Right Livelihood Award for "her inspiring work promoting the rights and inclusion of people with disabilities, allowing them to realise their full potential and changing mindsets in our societies." 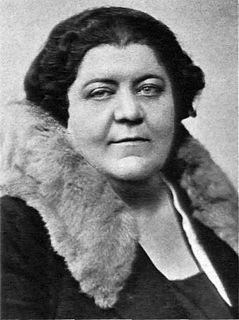 Dr Dame Constance Elizabeth D'Arcy was an Australian obstetrician and gynaecologist. She was the first woman to become Deputy Chancellor at the University of Sydney, serving from 1943 until 1946. In 1935, she was made a Dame of the Order of the British Empire (DBE).

Catherine Jane Calderwood FRCOG FRCPE is a consultant obstetrician and gynaecologist and the Chief Medical Officer for Scotland. 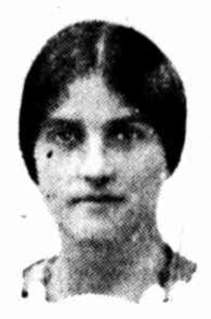 Lucy Bloom is the former Chief Executive Officer (CEO) of Sunrise Cambodia and the former CEO of Hamlin Fistula Ethiopia. She is a writer, speaker and management consultant with a significant public profile in Australia.

Hein Odendaal is a South African medical doctor and internationally recognised specialist in Obstetrics and Gynaecology.

Kate Grant is an American nonprofit leader and writer. She is the founding CEO of Fistula Foundation, a global nonprofit organization that provides surgical treatment for the childbirth injury obstetric fistula. She has led the organization from supporting one hospital in Ethiopia to being the clear global leader in obstetric fistula treatment. Fistula Foundation funds more fistula surgeries than any organization in the world; their goal is to eliminate the suffering caused by the injury, which untreated leaves women incontinent and too frequently social outcasts. An estimated one million women suffer from fistula worldwide, and due to a global shortage in awareness and funding, fewer than 20,000 are treated each year. Under Ms. Grant's leadership for the past decade, Fistula Foundation has raised more than $84 million and supported treatment in 32 countries. Fistula Foundation is a recommended charity of ethicist Peter Singer's The Life You Can Save. In addition, it has earned 13 consecutive 4-star ratings from Charity Navigator, and an A rating from Charity Watch.

Terrewode Women's Community Hospital, is a community hospital, under construction in Uganda, that specializes in the prevention, treatment, surgical correction and rehabilitation of obstetric fistula and its complications.

Sr. Dr. Maura Lynch was an Irish doctor, a nun, and proponent of women's health.

The Association for Rehabilitation and Re-Orientation of Women for Development, abbreviated as TERREWODE, is a leading Ugandan nonprofit organization. It pioneered best practices for the elimination of obstetric fistula in Uganda over 16 years. The organization focuses on maternal and reproductive health. Headquartered in Soroti, TERREWODE's efforts target the empowerment and education of young women in rural communities. TERREWODE's activism focuses on women's rights to maternal, reproductive and sexual health, as well as the treatment and social reintegration of victims of obstetric fistula.

Mamitu Gashe is an Ethiopian surgeon who is a specialist in repairing obstetric fistula, and was named by the BBC in its 100 Women list of 2018. She had decided to become an obstetrics surgeon after almost dying during childbirth at the age of 16 in 1962.

Sayeba Akhter is a Bangladeshi physician who has dedicated her career to eliminating obstetric fistula. She is an Executive Member of the International Society of Obstetric Fistula Surgeons and has previously served as the President of the Obstetrics and Gynaecology Society of Bangladesh. She leads two charities, in Dhaka and Gaibandha, which focus on the education of underprivileged girls.