She was born in Paris, where she attended secondary school and high school.

L'Image , a sadomasochistic novel published in 1956 by éditions de Minuit, was written under the pseudonym Jean de Berg. [1] Radley Metzger made the novel into a 1975 film, The Image , also known as The Punishment of Anne. [2]

She is also the author of Cérémonies de femmes (ed. Grasset) (1985) written under the pseudonym Jeanne de Berg [3] and Entretien avec Jeanne de Berg (ed. Les Impressions Nouvelles) (2002) under the name Catherine Robbe-Grillet. [4] In 2004, she wrote, under her own name, Jeune mariée: Journal, 1957-1962 (ed. Fayard), an account of the early years of her marriage. [5] Her most recent publication is Le Petit Carnet Perdu (March 2007, ed. Fayard) under the name of Jeanne de Berg.

She had a small part in L'Immortelle (1963) as Catherine Sarayan. Her last appearance as an actress was on stage in 2016, in Savannah Bay by Marguerite Duras, directed by Beverly Charpentier.

L'Année dernière à Marienbad is a 1961 French-Italian Left Bank film directed by Alain Resnais from a screenplay by Alain Robbe-Grillet.

The Nouveau Roman is a type of 1950s French novel that diverged from classical literary genres. Émile Henriot coined the term in an article in the popular French newspaper Le Monde on May 22, 1957 to describe certain writers who experimented with style in each novel, creating an essentially new style each time. Most of the founding authors were published by Les Éditions de Minuit with the strong support of Jérôme Lindon.

La Reprise is a French novel in the Nouveau roman style by Alain Robbe-Grillet published in 2001 by Les Éditions de Minuit.

Jean-Denis Bredin is a French attorney and founding partner of the firm Bredin Prat. He is the twentieth, and current occupant, of seat 3 of the Académie française, elected on 15 June 1989. His daughter, Frédérique Bredin, currently serves as President of the National Center of Cinematography and the moving image.

Clément Rosset was a French philosopher and writer. He was a professor of philosophy at the University of Nice Sophia Antipolis, and the author of books on 20th-century philosophy and postmodern philosophy.

Djinn is a novel by French writer Alain Robbe-Grillet. It was written as a French textbook with California State University, Dominguez Hills professor Yvone Lenard using a process of grammatical progression. Each chapter covers a specific element of French grammar which becomes increasingly difficult over the course of the novel. The first five chapters are written in the present tense from the first person point of view. The sixth chapter is written partially in the third person past and partially in the first person present. The eighth chapter is written in the first person point of view, but the narrator has changed from the masculine Simon Lecoeur to an unknown female narrator.

The Prix de Mai was a short-lived French literary award, founded by Alain Robbe-Grillet and first awarded to Moderato Cantabile by Marguerite Duras in 1958.

L'Immortelle is a 1963 international co-produced drama film directed by Alain Robbe-Grillet, his first feature after the worldwide success of Last Year at Marienbad which he wrote. Entered into the 13th Berlin International Film Festival, it also won the Prix Louis Delluc.

Dan Franck is a French novelist and screenwriter.

Jean Bothorel is a French journalist and the author of many books. He is a former editor at Le Figaro. He was the 1993 winner of the Prix Goncourt de la Biographie. 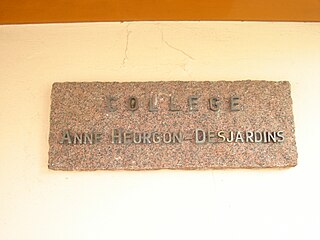 Anne Heurgon-Desjardins was a French philanthropist, the founder of the Centre culturel international de Cerisy-la-Salle.

Jean Thibaudeau was a French writer and translator.

Georges Lambrichs was a French writer, literary critic and editor.