Catholic culture regards the culture around the context of presence of the Catholic Church. [1]

Culture is the social behavior and norms found in human societies. Culture is considered a central concept in anthropology, encompassing the range of phenomena that are transmitted through social learning in human societies. Cultural universals are found in all human societies; these include expressive forms like art, music, dance, ritual, religion, and technologies like tool usage, cooking, shelter, and clothing. The concept of material culture covers the physical expressions of culture, such as technology, architecture and art, whereas the immaterial aspects of culture such as principles of social organization, mythology, philosophy, literature, and science comprise the intangible cultural heritage of a society.

Catholic art is art related to the Catholic Church. This includes visual art (iconography), sculpture, decorative arts, applied arts, and architecture. In a broader sense, also Catholic music may be included. Expressions of art may or may not attempt to illustrate, supplement and portray in tangible form Catholic teaching. Catholic art has played a leading role in the history and development of Western art since at least the 4th century. The principal subject matter of Catholic art has been the life and times of Jesus Christ, along with people associated with him, including his disciples, the saints, and motives from the Catholic Bible.

Christian culture is the cultural practices common to Christianity. With the rapid expansion of Christianity to Europe, Syria, Mesopotamia, Asia Minor, Egypt, Ethiopia, and India and by the end of the 4th century it had also become the official state church of the Roman Empire. Christian culture has influenced and assimilated much from the Greco-Roman Byzantine, Western culture, Middle Eastern, Slavic, Caucasian, and possibly from Indian.

Missiology is the area of practical theology that investigates the mandate, message, and mission of the Christian church, especially the nature of missionary work. Missiology is a multi-disciplinary and cross-cultural field of study incorporating theology, anthropology, history, geography, theories and methods of communication, comparative religion, Christian apologetics, education methodology, and interdenominational relations. 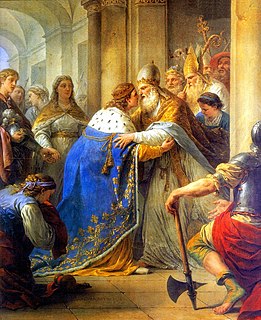 Integralism or integrism as a political term designates theoretical concepts and practical policies that advocate a fully integrated social and political order, based on converging patrimonial (inherited) political, cultural, religious and national traditions of a particular state, or some other political entity. Some forms of integralism are focused on achieving political and social integration, and also national or ethnic unity, while others were more focused on achieving religious and cultural uniformity. In the political and social history of the 19th and 20th centuries, integralism was often related to traditionalist conservatism and similar political movements on the right wing of a political spectrum, but it was also adopted by various centrist movements as a tool of political, national and cultural integration.

Secularity is the state of being separate from religion, or of not being exclusively allied with or against any particular religion. Historically, the word secular was not related or linked to religion, but was a freestanding term in Latin which would relate to any mundane endeavour. However, the term, saecula saeculorum as found in the New Testament in the Vulgate translation of the original Koine Greek phrase "εἰς τοὺς αἰῶνας τῶν αἰώνων", e.g. at Galatians 1:5, was used in the early Christian church, in the doxologies, to denote the coming and going of the ages, the grant of eternal life, and the long duration of created things from their beginning to forever and ever. The idea of a dichotomy between religion and the secular originated in the European Enlightenment. Furthermore, since religion and secular are both Western concepts that were formed under the influence of Christian theology, other cultures do not necessarily have words or concepts that resemble or are equivalent to them. In many cultures, "little conceptual or practical distinction is made between 'natural' and 'supernatural' phenomena" and the very notions of religious and nonreligious dissolve into unimportance, nonexistence, or unawareness, especially since people have beliefs in other supernatural or spiritual things irrespective of belief in God or gods.

The culture of Lithuania, dating back to 200 BC, with the settlement of the Balts and has been independent of the presence of a sovereign Lithuanian state.

A Christian mission is an organized effort to spread Christianity to new converts. Missions involve sending individuals and groups, called missionaries, across boundaries, most commonly geographical boundaries, to carry on evangelism or other activities, such as educational or hospital work. There are a few different kinds of mission trips: short-term, long-term, relational and ones meant simply for helping people in need. Some might choose to dedicate their whole lives to missions as well. Missionaries have the authority to preach the Christian faith, and provide humanitarian aid. Christian doctrines permit the provision of aid without requiring religious conversion.

Cultural Christians are deists, pantheists, agnostics, atheists, and antitheists who adhere to Christian values and appreciate Christian culture. This kind of identification may be due to various factors, such as family background, personal experiences, and the social and cultural environment in which they grew up.

In Christianity, inculturation is the adaptation of the way Church teachings are presented to other, mostly non-Christian, cultures and, in turn, the influence of those cultures on the evolution of these teachings. This is a term that is generally used by Catholics, the World Council of Churches and some Protestants, other Protestants prefer to use the term "contextual theology".

Christianity is India's second-largest minority religion after Islam, with approximately 28 million followers, constituting 2.3 percent of India's population. According to Indian tradition, the Christian faith was introduced to India by Thomas the Apostle, who supposedly reached the Malabar Coast (Kerala) in 52 AD. According to another tradition Bartholomew the Apostle is credited with simultaneously introducing Christianity along the Konkan Coast. There is a general scholarly consensus that Christian communities were firmly established in India by the 6th century AD, including some communities who used Syriac liturgies.

The Catholic Church in Lesotho is part of the worldwide Catholic Church, under the spiritual leadership of the Pope in Rome. Approximately 90 percent of the population are Christians, of whom half are Catholics. Muslims, members of other non-Christian religions, and atheists constitute the remaining 10 percent. Christians are scattered throughout the country, while Muslims live mainly in the northeastern part of the country. Most practitioners of Islam are of Asian origin, while the majority of Christians are the indigenous Basotho. 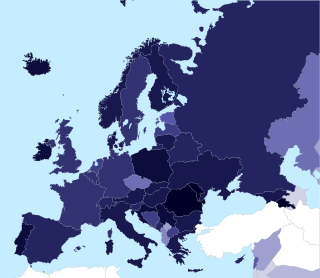 The Papuans are one of four major cultural groups of Papua New Guinea. The majority of the population lives in rural areas. In isolated areas there still remains a handful of the giant communal structures that previously housed the whole male population, with a circling cluster of huts for the women. The Papuan people are Melanesian people composed of at least 240 different peoples, each with its own language and culture. Sago is the staple food of the Papuan supplemented with hunting, fishing and small gardens.

P. Andrew Sandlin is a Christian minister, cultural theologian, and author; the founder and president of the Center for Cultural Leadership in Coulterville, California; faculty at Blackstone Legal Fellowship of the Alliance Defending Freedom in Phoenix, Arizona; De Yong Distinguished Visiting Professor of Culture and Theology at Edinburg Theological Seminary in Pharr, Texas; and core faculty at Evan Runner International Academy for Cultural Leadership of the Ezra Institute for Contemporary Christianity in Grimsby, Ontario. He was formerly president of the National Reform Association and executive vice president of the Chalcedon Foundation.

Sts. Cyril and Methodius Church, commonly known as the Orthodox Church, is an Eastern Orthodox church building located in Trubar Park, between Bleiweis Street and Prešeren Street, north of the Museum of Modern Art and west of the National Gallery of Slovenia. It belongs to the Metropolitanate of Zagreb and Ljubljana of the Serbian Orthodox Church. 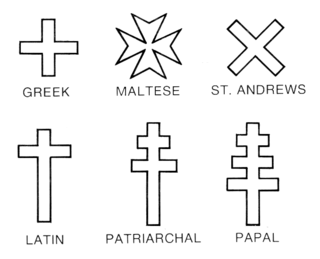