Sibley was born in Holley, Florida. She graduated from high school in Mobile, Alabama, and began her journalistic career writing for the Mobile Press-Register and the Pensacola News Journal . [1] [2]

Sibley gained fame as an award-winning reporter, editor, and beloved columnist for the Atlanta Constitution from 1941 to 1999. According to the New Georgia Encyclopedia, "Sibley was one of the most popular and long-running columnists for the Constitution, and her well-written and poignant essays on Southern culture made her an icon in the South." [1] [2] In addition to her column, she covered Georgia politics along with many high-profile court cases. She also wrote 25 books, both nonfiction and fiction, including mystery novels. [1] [4]

She covered the Georgia General Assembly as a reporter from 1958 to 1978. [2] In 2000, after her death, the press gallery in the Georgia House of Representatives was named in her honor. [5] She won the first Townsend Prize for Fiction in 1982 for her book Children, My Children. [6] After an illness, Sibley died, age 85, at her beach house on Dog Island, Florida. [7]

Celestine Sibley and Sibley Fleming co-edited a collection of Sibley's writings, The Celestine Sibley Sampler: Writings & Photographs With Tributes to the Beloved Author and Journalist (1997).

Margaret Munnerlyn Mitchell was an American novelist and journalist. Mitchell wrote only one novel, published during her lifetime, the American Civil War-era novel Gone with the Wind, for which she won the National Book Award for Most Distinguished Novel of 1936 and the Pulitzer Prize for Fiction in 1937. In more recent years, a collection of Mitchell's girlhood writings and a novella she wrote as a teenager, Lost Laysen, have been published. A collection of articles written by Mitchell for The Atlanta Journal was republished in book form.

Elizabeth Meriwether Gilmer, widely known by the pen name Dorothy Dix, was an American journalist and columnist. As the forerunner of today's popular advice columnists, Dix was America's highest paid and most widely read female journalist at the time of her death. Her advice on marriage was syndicated in newspapers around the world. With an estimated audience of 60 million readers, she became a popular and recognized figure on her travels abroad. In addition to her journalistic work, she joined in the campaign for woman suffrage and the ratification of the Nineteenth Amendment to the U.S. Constitution. 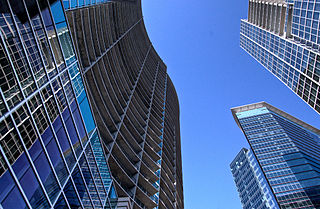 The architecture of Atlanta is marked by a confluence of classical, modernist, post-modernist, and contemporary architectural styles. Due to the complete destruction of Atlanta by fire in 1864, the city's architecture retains no traces of its Antebellum past. Instead, Atlanta's status as a largely post-modern American city is reflected in its architecture, as the city has often been the earliest, if not the first, to showcase new architectural concepts. However, Atlanta's embrace of modernism has translated into an ambivalence toward architectural preservation, resulting in the destruction of architectural masterpieces, including the Commercial-style Equitable Building, the Beaux-Arts style Terminal Station, and the Classical Carnegie Library. The city's cultural icon, the Neo-Moorish Fox Theatre, would have met the same fate had it not been for a grassroots effort to save it in the mid-1970s.

Anne Rivers Siddons was an American novelist who wrote stories set in the southern United States. 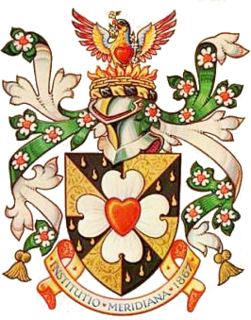 Rich's was a department store retail chain, headquartered in Atlanta, Georgia, that operated in the southern U.S. from 1867 until March 6, 2005 when the nameplate was eliminated and replaced by Macy's. Many of the former Rich's stores today form the core of Macy's Central, an Atlanta-based division of Macy's, Inc., which formerly operated as Federated Department Stores, Inc.

Jacquelyn Mitchard is an American journalist and author.

The Grady College of Journalism and Mass Communication is a constituent college of the University of Georgia in Athens, Georgia, United States. Established in 1915, Grady College offers undergraduate degrees in journalism, advertising, public relations, and entertainment and media studies, along with master’s and doctoral programs of study. Grady has consistently been ranked among the top schools of journalism education and research in the U.S. It is home to several prominent centers and institutes, including the Peabody Awards, recognized as one of the most prestigious awards in electronic journalism, the James M. Cox Jr. Center for International Mass Communication Training and Research, New Media Institute and National Press Photographers Association.

Hamilton Frazier Moore, Jr., known as Frazier Moore, is an American journalist. For a quarter-century he was a television reporter/critic for The Associated Press, retiring from that job in December 2017. He is the author of Inside ‘Family Guy’: An Illustrated History, published in 2019 by HarperCollins.

John Joseph Grogan is an American journalist and non-fiction writer. His memoir Marley & Me (2005) was a best selling book about his family's dog Marley.

Philip Lee Williams is an American novelist, poet, and essayist noted for his explorations of the natural world, intense human relationships, and aging. A native of Athens, Georgia, he grew up in the nearby town of Madison. He is the winner of many literary awards including the 2004 Michael Shaara Prize for his novel A Distant Flame, an examination of southerners who were against the Confederacy’s position in the American Civil War. He is also a winner of the Townsend Prize for Fiction for his novel The Heart of a Distant Forest, and has been named Georgia Author of the Year four times. In 2007, he was recipient of a Georgia Governor’s Award in the Humanities. Williams's The Divine Comics: A Vaudeville Show in Three Acts, a 1000-page re-imagining of Dante's magnum opus, was published in the fall of 2011. His latest novel, Emerson's Brother, came out in May 2012 from Mercer University Press

John Leland is an author and has been a journalist for The New York Times since 2000. Leland began covering retirement and religion in January, 2004. During a stint in 1994, he was editor in chief of Details magazine. Leland was also a senior editor at Newsweek, an editor and columnist at Spin magazine, and a reviewer for Trouser Press.

The Children's Christmas Parade is a major Christmas parade held to benefit Children's Healthcare of Atlanta. Beginning in 1981 with Egleston Children’s Hospital, it is held on the first Saturday in December, which is also the second weekend after Thanksgiving. 2011 Nielsen estimates of TV viewing audience and crowd attendance together exceeds 500,000. With floats, giant helium-filled balloons and marching bands, the Children's Christmas Parade is the largest holiday parade in the Southeast. The parade is free to the public, but bleacher seats can be purchased on the CHoA website.

Doris Buchanan Smith was an American author of award-winning children's books, including A Taste of Blackberries.

Etheleen Renee "E. R." Shipp is an American journalist and columnist. As a columnist for the New York Daily News, she was awarded the 1996 Pulitzer Prize for Commentary for "her penetrating columns on race, welfare and other social issues."

The Townsend Prize for Fiction is awarded biennially to a writer from the U.S. state of Georgia for the best novel published during those years, by the Georgia Center for the Book and The Chattahoochee Review the literary journal of Perimeter College at Georgia State University. The award was named in honor of the founding editor of Atlanta magazine, Jim Townsend. It was first granted in 1982.

Susan "Sue" Dowdell Myrick was an American journalist, educator, author, and conservationist. Her friendship with author Margaret Mitchell led to Myrick's role as technical advisor during the production of Gone with the Wind (1939), ensuring the film accurately portrayed the accents, customs, and manners of the South. Due to this expertise she has been called the "Emily Post of the South". Myrick also was a columnist, reporter, and associate editor for Macon-based newspaper The Telegraph, working at the paper for fifty years.