Central Bank of the Congo

The Central Bank of the Congo (French : Banque centrale du Congo) is the central bank of the Democratic Republic of the Congo. The bank's main offices are on Boulevard Colonel Tshatshi in La Gombe in Kinshasa.

The bank is engaged in developing policies to promote financial inclusion and is a member of the Alliance for Financial Inclusion. [2] On 5 May 2012 the Central Bank of the Democratic Republic of Congo announced it would be making specific commitments to financial inclusion under the Maya Declaration.

The central bank operates a network of regional branches across the DRC, the largest country in Sub-Saharan Africa. Branches can be found in Lubumbashi, Goma, Kamina, Kasumbalesa, Kikwit, Tshikapa, Ilebo and Matadi. In cities where the central bank is not present, a commercial bank can be appointed to represent it; Trust Merchant Bank performs such a role in Likasi and Kolwezi.

From 1886 to 1908, King Leopold II of the Belgians ruled the Congo Free State as his private domain. On July 27, 1887, he issued a Royal decree that established the Franc as the money of account for the Congo Free State, and for Ruanda-Urundi. In 1890, the Heligoland-Zanzibar Treaty put Ruanda-Urundi within the German Empire's sphere of influence in Africa. Consequently, the German East African rupie became the official currency in Ruanda-Urundi though the Franc continued to circulate there. In 1908, Belgium assumed direct responsibility for the Congo, taking it from Leopold; as a result, the Belgian Congo became a member of the Latin Monetary Union.

In 1909, a number of Belgian banks jointly established the Banque du Congo Belge (Dutch: Bank van Belgisch Congo; English: Bank of the Belgian Congo). This freed the Bank to act as the agent in the Congo for all the major Belgian banks rather than as a subsidiary or affiliate of only one of them. However, the dominant bank was the Société Générale de Belgique and eventually it became the Bank's majority owner. In 1911 the Colonial government awarded the Bank a 25-year monopoly on the right of note issuance for the Colony and appointed it as fiscal agent for the colonial government. The Bank issued its first banknotes in 1912.

Following Germany's defeat in the First World War, Belgium assumed a League of Nations mandate over Ruanda-Urundi. Belgium then included them in the Congo Franc Zone.

The Convention of 10 October 1927 revisited the question of note issuance and extended the Bank's monopoly until 1 July 1952. During the Second World War, Belgium came under German occupation. The Bank of England then assumed a temporary involvement in the Congo's affairs and the Congo franc was listed in London.

For about four years from 1960 to 1964, the Banque d'Emission du Rwanda et du Burundi served as the central bank for the linked territories. In 1961 Rwanda became an independent republic; the next year Burundi became independent as a monarchy. In 1964 each state established its own central bank, the Royal Bank of Burundi and the Banque Nationale du Rwanda . In 1966, Burundi became a republic and its central bank changed its name to Banque de la République du Burundi.

When the Congo changed its name to Zaire in 1971, the Banque Nationale du Congo became the Bank of Zaire. Then in 1997, when the country's name became the Democratic Republic of the Congo, the bank took its current name: Banque Centrale du Congo.

The Congolese franc is the currency of the Democratic Republic of the Congo. It is subdivided into 100 centimes.

Ruanda-Urundi was a territory in the African Great Lakes region, once part of German East Africa, which was ruled by Belgium between 1922 and 1962. Occupied by the Belgians during the East African campaign of World War I, the territory was under military occupation from 1916 to 1922 and later became a Belgian-controlled Class-B Mandate under the League of Nations from 1922 to 1945. It was replaced by Trust Territory status under the auspices of the United Nations in the aftermath of World War II and the dissolution of the League but remained under Belgian control. Ruanda-Urundi was granted independence in 1962 as the two separate states of Rwanda and Burundi.

The franc is the currency of Burundi. It is nominally subdivided into 100 centimes, although coins have never been issued in centimes since Burundi began issuing its own currency. Only during the period when Burundi used the Belgian Congo franc were centime coins issued.

The Katangese franc, was the currency of the unrecognized State of Katanga between 1960 and 1963 during its brief period of independence from the Republic of the Congo. It replaced the Congolese franc at par and was consequently initially equal to the Belgian franc. This established an exchange rate of 50 francs = 1 U.S. dollar. Just before Katanga was re-annexed by Congo, the exchange rate had fallen to 195 francs = 1 U.S. dollar. The currency was replaced at par by the Congolese franc. 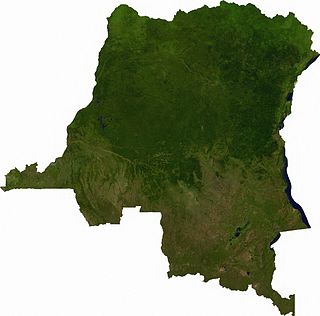 The National Bank of Rwanda is the central bank of Rwanda. The bank was founded in 1964. The current governor of the bank is John Rwangombwa. 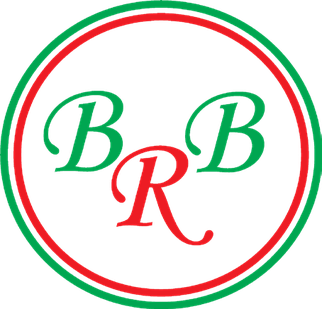 The Bank of the Republic of Burundi is the central bank of Burundi. The bank was established in 1966 and its offices are in Bujumbura.

This is a survey of the postage stamps and postal history of the Democratic Republic of the Congo, formerly Zaire and the Belgian Congo.

This is a survey of the postage stamps and postal history of Rwanda. The Republic of Rwanda is a landlocked country located in the Great Lakes region of eastern-central Africa, bordered by Uganda, Burundi, the Democratic Republic of the Congo and Tanzania.

Content in this edit is translated from the existing French Wikipedia article at fr:Gaston-François de Witte; see its history for attribution.

The history of the Jews in the Democratic Republic of the Congo can be traced back to 1907, when the first Jewish immigrants began to arrive in the country. Current Jewish Congolese population is mostly of Sephardi background.

The African territories of Ruanda and Urundi came under Belgian control as Ruanda-Urundi after they were seized from Germany during World War I in 1916. They had previously formed part of German East Africa.