Jyväskylä is the regional centre and by far the largest city in the area.

The region of Central Finland is made up of 22 municipalities, of which six have city status (marked in bold).

Results of the 2019 Finnish parliamentary election in Central Finland: 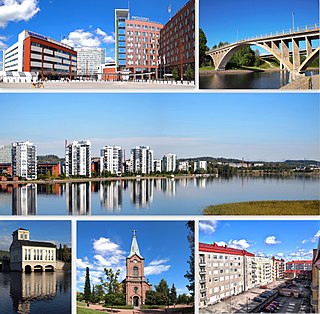 Jyväskylä is a city and municipality in Finland in the western part of the Finnish Lakeland. It is located about 150 km north-east from Tampere, the third largest city in Finland; and about 270 km north from Helsinki, the capital of Finland. The Jyväskylä sub-region includes Jyväskylä, Hankasalmi, Laukaa, Muurame, Petäjävesi, Toivakka, and Uurainen. Other border municipalities of Jyväskylä are Joutsa, Jämsä and Luhanka. 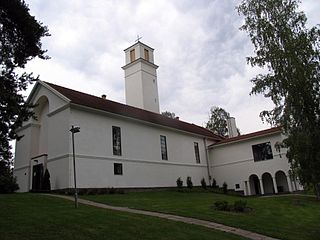 Muurame is a municipality of Finland, located 16 kilometres (10 mi) south-west of Jyväskylä. Muurame itself is located between two lakes, Lake Päijänne and Lake Muuratjärvi. These two lakes are connected to each other via River Muurame. All together there are 37 lakes in Muurame. Biggest lakes beside Päijänne are Muuratjärvi and Lake Kuusjärvi. River Muurame streams through the population center of Muurame. Muurame was founded in 1921.

Äänekoski is a town in Finland. 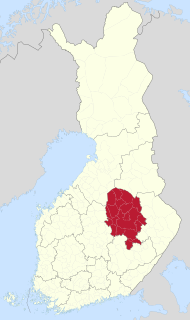 The 23 municipalities of the Central Finland Region in Finland are divided on six sub-regions. 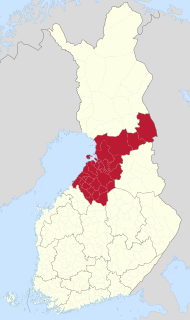 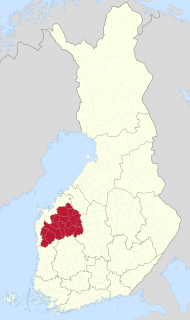 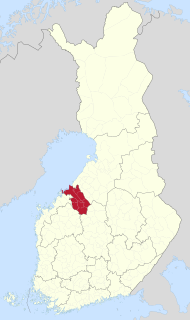 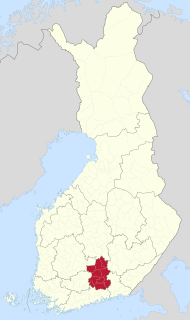 Päijänne Tavastia or, officially, Päijät-Häme is a region in Southern Finland south of the lake Päijänne. It borders the regions of Uusimaa, Tavastia Proper (Kanta-Häme), Pirkanmaa, Central Finland, South Savo and Kymenlaakso. The biggest city in the region is Lahti. 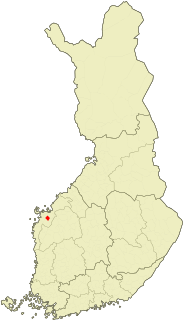 Vähäkyrö is a former municipality of Finland and an exclave of the city of Vaasa since January 1, 2013. 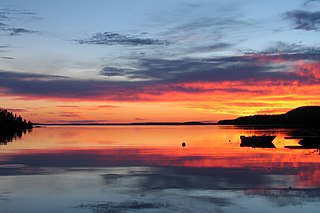 Lake Päijänne is the second largest lake in Finland. The lake drains into the Gulf of Finland via the Kymi River. The major islands are from north to south Vuoritsalo, Muuratsalo, Onkisalo, Judinsalo, Edessalo, Taivassalo, Haukkasalo, Vehkasalo, Mustassalo, Virmailansaari and Salonsaari. The largest island is Virmailansaari. The word saari means an island. Salo once meant a great island, nowadays it means a great forest area.

The Savonian dialects are forms of the Finnish language spoken in Savonia and other parts of Eastern Finland. It belongs to the eastern Finnish dialects and it is divided into more specific dialect groups.

Jyväskylä sub-region is a subdivision of Central Finland and one of the Sub-regions of Finland since 2009. It covers the area around the city of Jyväskylä. With its 178 413 inhabitants it is 6th biggest sub-region in Finland. 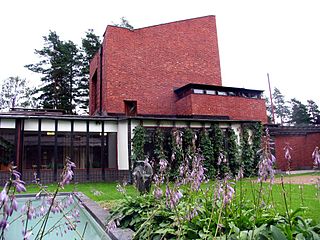 Säynätsalo is a former municipality in Finland and a part of Jyväskylä. As of November 2010 its population was 3,340. Säynätsalo municipality consisted of islands of Säynätsalo and Lehtisaari and also a part of Muuratsalo island. All of the islands are located on the Lake Päijänne. Also a small slice of land on the continent was part of the municipality. 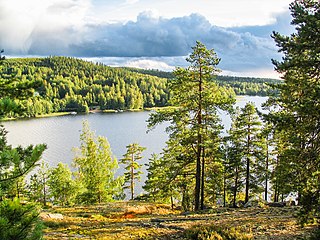 Muuratsalo is an island in lake Päijänne, Finland. Northern part of the island belongs to Jyväskylä and Southern part to Muurame. It is located 14 kilometres (8.7 mi) south from the Jyväskylä city centre and 5 kilometres (3.1 mi) east from Muurame. There are 800 inhabitants in Muuratsalo. The Muuratsalo Experimental House by Alvar Aalto is located on the island. Elissa and Alvar Aalto discovered the place for this jewel of architecture while Säynätsalo Town Hall was under construction on the neighbouring island. 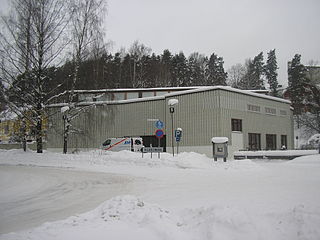 The Alvar Aalto Museum is a Finnish museum operating in two cities, Jyväskylä and Helsinki, in two locations each. All four locations are open to the public. They are: