The Château d'Hénencourt is an historic country house in Hénencourt, Somme, Hauts-de-France, France.

Hénencourt is a commune in the Somme department in Hauts-de-France in northern France. 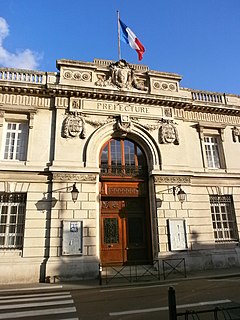 Somme is a department of France, located in the north of the country and named after the Somme river. It is part of the Hauts-de-France region.

Hauts-de-France is the northernmost region of France, created by the territorial reform of French Regions in 2014, from a merger of Nord-Pas-de-Calais and Picardy. Its capital is Lille. The new region came into existence on 1 January 2016, after the regional elections in December 2015. France's Conseil d'État approved Hauts-de-France as the name of the region on 28 September 2016, effective 30 September 2016.

Thechâteau was built in the 17th century. [1] It was owned by Count Charles Malo François Lameth. [1] 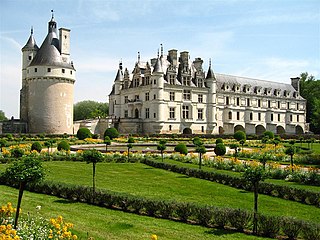 A château is a manor house or residence of the lord of the manor or a country house of nobility or gentry, with or without fortifications, originally—and still most frequently—in French-speaking regions.

During World War I, Sir William Birdwood, 1st Baron Birdwood, and Australian soldiers were stationed at the château. [2] It was partly bombed by the German invaders in 1918. [2] The left wing of the château was left in ruins, but the rest of it was made habitable. During World War I, the Comtesse de Hénencourt took care of the estate and all of the soldiers that stayed there. [3]

World War I, also known as the First World War, the Great War, and initially in North America as the European War, was a global war originating in Europe that lasted from 28 July 1914 to 11 November 1918. Contemporaneously described as "the war to end all wars", it led to the mobilisation of more than 70 million military personnel, including 60 million Europeans, making it one of the largest wars in history. It is also one of the deadliest conflicts in history, with an estimated nine million combatants and seven million civilian deaths as a direct result of the war, while resulting genocides and the resulting 1918 influenza pandemic caused another 50 to 100 million deaths worldwide.

It has been listed as an official historical monument by the French Ministry of Culture since 1984. [1] It is now a private residence belonging to Hénencourt descendants. [4] 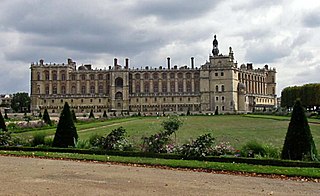 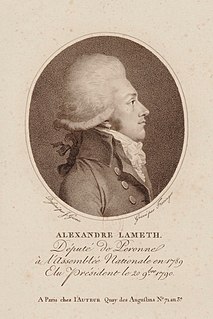 Alexandre-Théodore-Victor, comte de Lameth was a French soldier and politician.

The American Expeditionary Forces was a formation of the United States Army on the Western Front of World War I. The AEF was established on July 5, 1917, in France under the command of Gen. John J. Pershing. It fought alongside French Army, British Army, Canadian Army, and Australian Army units against the German Empire. A minority of the AEF troops also fought alongside Italian Army units in that same year against the Austro-Hungarian Army. The AEF helped the French Army on the Western Front during the Aisne Offensive in the summer of 1918, and fought its major actions in the Battle of Saint-Mihiel and the Meuse-Argonne Offensive in the latter part of 1918. 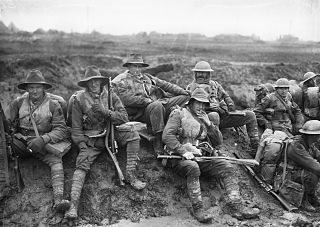 The Australian Corps was a World War I army corps that contained all five Australian infantry divisions serving on the Western Front. It was the largest corps fielded by the British Empire in France. At its peak the Australian Corps numbered 109,881 men. By 1918 the headquarters consisted of more than 300 personnel of all ranks, including senior staff officers, as well as supporting personnel such as clerks, drivers and batmen. Formed on 1 November 1917, the corps replaced I Anzac Corps while II Anzac Corps, which contained the New Zealand Division, became the British XXII Corps. While its structure varied it usually included 4–5 infantry divisions, corps artillery and heavy artillery, a corps flying squadron and captive balloon sections, anti-aircraft batteries, corps engineers, corps mounted troops, ordnance workshops, medical and dental units, transport, salvage and an employment company.

The Fort de Joux or Château de Joux is a castle, transformed into a fort, located in La Cluse-et-Mijoux in the Doubs department in the Jura mountains of France. It commands the mountain pass Cluse de Pontarlier.

Péronne is a commune of the Somme department in Hauts-de-France in northern France.

Villers-Bretonneux is a commune in the Somme department in Hauts-de-France in northern France.

La Ferté-sous-Jouarre is a commune in the Seine-et-Marne département in the Île-de-France region in north-central France.

Vaulx-Vraucourt is a commune in the Pas-de-Calais department in the Hauts-de-France region of France. 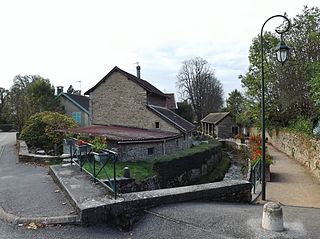 La Balme-les-Grottes is a commune in the Isère department in the Auvergne-Rhône-Alpes region of south-eastern France.

Saint-Pôtan is a commune in the Côtes-d'Armor department of Brittany in northwestern France.

Bussy-le-Château is a commune in the Marne department in the Grand Est region of north-eastern France. 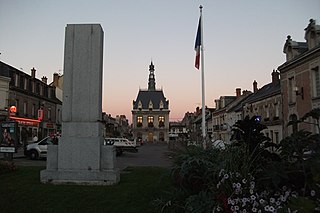 Fismes[fim] is a commune in the Marne department in the Grand Est region of north-eastern France.

Vienne-le-Château is a commune in the Marne department in north-eastern France. 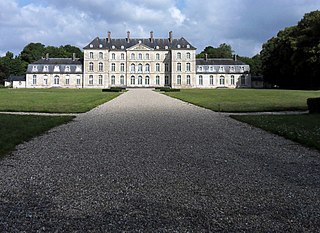