Chaabi music is frequently found in weddings and this style is often associated with the festivals. The use of popular language and the creation of new rhythms have made this style an essential complement to the dance.

Algerian music is virtually synonymous with Raï among foreigners; the musical genre has achieved great popularity in France, Spain and other parts of Europe. For several centuries, Algerian music was dominated by styles inherited from Al-Andalus, eventually forming a unique North African twist on these poetic forms. Algerian music came to include suites called nuubaat. Later derivatives include rabaab and hawzii.

North Africa has contributed considerably to popular music, especially Egyptian classical music alongside el Gil, Algerian raï and Chaabi. The broad region is sometimes called Maghreb, and the term Maghrebian music is in use. For a variety of reasons Libya does not have as extensive nor popular a tradition as its neighbours. Folk music abounds, however, despite frequent condemnation and suppression from governments, existing in multiple forms across the region—the Berbers, Sephardic Jews, Tuaregs, Copts and Nubians, for example, retain musical traditions with their ancient roots. 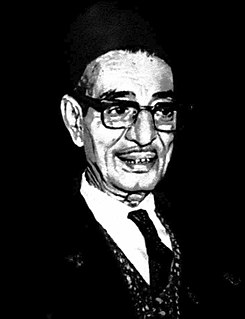 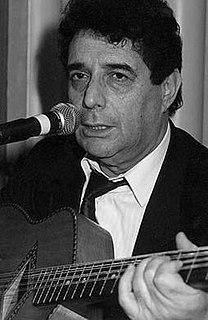 El-Hadj El Hachmi Guerouabi was an Algerian singer and composer of Chaâbi and one of the Grand Masters of the Algiers-based Chaâbi music.
He was born in El Mouradia (Algiers) and grew up in Bélouizdad. Two passions occupied Guerouabi's childhood: Football and music. Being a good footballer he played with La Redoute AC football club until 1952. By then he had developed a special interest to music; in particular the music of El Hadj M'Hamed El Anka, Hadj M'rizek and Hssissen.

Sultana Daoud was an Algerian Jewish singer, who helped preserve Arab-Andalus music, as well as introducing the genre to European audiences. 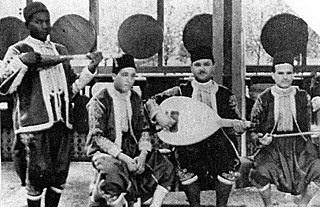 Houcine Slaoui was a Moroccan singer and composer who had a considerable influence on early-modern Moroccan Chaabi music. 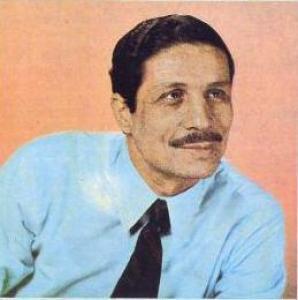 Dahmane El Harrachi, , was an Algerian Chaâbi singer of Chaoui origin. His song Ya Rayah made him the best exported and most translated Chaabi artist.

Réda Tamni better known as Reda Taliani is an Algerian raï singer and musician. He is a longtime resident of Aubagne, Marseille, France. His music blends chaabi, raï and traditional musical styles of the Maghreb, and many of his songs depict the realities and aspirations of the Algerian youth.

Abdelkader Chaou is an Algerian musician who is well known in Algeria for his own style of chaabi music, both as a singer and a mondol virtuoso. He is considered important enough as a musician that he was recognized nationally at a tribute concert in 2013, an event that was a "tribute from his peers for a rich career." 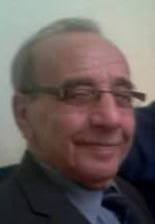 Boudjemaâ El Ankis, also known as Mohammed Boudjemaâ, was an Algerian performer of chaâbi music, who also played the mondol. 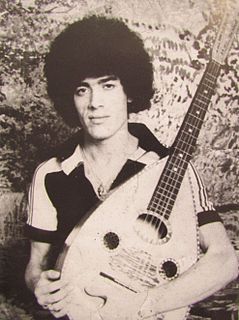 Shaabi is an Egyptian musical genre. It is a form of popular working-class music which evolved from baladi in the second half of the 20th century. The musical styles of Algerian chaabi or Moroccan chaabi, sharing the same Arabic name, are very different and older musical genres. 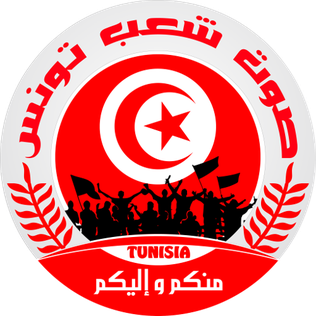 The Voice of the People of Tunisia is a Tunisian political party, founded in June 2014 by Larbi Nasra, a media entrepreneur, founder and former owner of Hannibal TV station and in-law of former President Zine El Abidine Ben Ali. The name is a reference to the advertising slogan of Nasra's TV station. The party's 6 members in the Constituent Assembly had defected from other parties. Larbi Nasra is the party's candidate in the 2014 presidential election.

Mahraganat or electro mahragan is a genre of Egyptian electronic dance music. Mahraganat is a combination of popular shaabi music played at weddings and electronic dance music. DJ Figo made the genre more well known with his team "set dyaba" released during the 2011 Egyptian Revolution. Although this may be the first ever track to go mainstream, Mahraganat was originally conceived first by DJ Ahmed Figo, El Sadat, Feelo and Alaa Fifty in 2004. They shared their music via MP3 files and phones, and it could be heard playing in taxis, tuktuks and on the street. The first ever Mahragan mix was released by the group of friends in 2006 and it was called "Mahragan Elsalam", named after their neighbourhood 'Elsalam', it talked about friendship and how to be mature.

Mohamed Rouane is an Algerian musician and recording artist, well known in his own country for his performances of flamenco and "Casbah-style jazz" and especially for his use of the mondol.

Haja El Hamdaouia was a Moroccan singer and songwriter, known for singing Moroccan Chaabi and Aita.

Saïd Senhaji is a chaabi singer from Casablanca, Morocco. His roots go back to Taounate, Morocco. He is sometimes referred to as Sultanal-Ughnia ash-Sha'abia.