Chak Wardak (Dari : چک وردک‎, also known as Chak) is a district in the south of Wardak Province, Afghanistan. Its population was estimated at 83,376 in 2005, the last year for which figures are available. The district centre is the village of Chak Wardak.

The district is within the heartland of the Wardak tribe of Pashtuns. [1]

Outside Chak Wardak there are many ancient Buddhist remains, including a fortified monastery and six stupas, one of which contained a bronze vase with a Kharoshthi inscription that held 61 Kushan coins, which is now in the British Museum's collection. [2]

Samundri is a city and headquarters of Samundri Tehsil located in Faisalabad District of Punjab province, Pakistan.

Chak Jhumra, is a town, railway junction, and Tehsil in Punjab, Pakistan. The town is situated about 21 kilometres (13 mi) Northeast of Faisalabad on Faisalabad-Sangla Hill Road. The Khanewal–Wazirabad Branch and Sangla Hill–Kundian Branch intersect in the town and connect it to Faisalabad and Sargodha respectively.

Wardak may refer to: 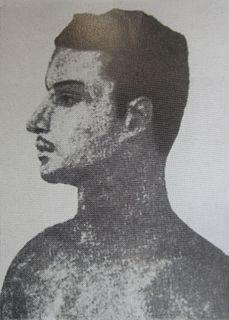 Prafulla Chandra Chaki was an Indian revolutionary associated with the Jugantar group of revolutionaries who carried out assassinations against British colonial officials in an attempt to secure Indian independence.

Jaghatu is a district in Wardak province, Afghanistan, 20 km northwest of Ghazni. According to 2019 data, the population is 50,792. The district center is Ghazi Muhammad Jan Khan Bazaar.

Chak or CHAK may refer to:

Khanewal, is a subdivision (tehsil) of Khanewal District in the Punjab province of Pakistan. It is administratively subdivided into 25 Union Councils, six of which form the tehsil capital Khanewal.

The Wardak or Wardag live in central and eastern Afghanistan, mainly in Wardak Province. The Wardak people are divided into Mirkhel, Mayar, and Nuri sub-clans. The Wardak live in all of the province's districts, and form the majority of people in the Saydabad, Chak Wardak, Jaghatu, and Day Mirdad (Jilga) districts of central and southern Wardak. They speak the Pashto language and many also speak Dari-Persian Both are the official languages of Afghanistan.

The Chaki Wardak Dam, or simply the Chak Dam, is a dam near the Chak district center in Chaki Wardak District, Wardak Province, Afghanistan. It was originally built by Germans in 1938, making it the oldest major dam in the country. It regulates flow of the Logar River, helping provide irrigation water in Chak Valley.

The Wardak Vase is the name of an ancient globular-shaped buddhist copper vase that was found as part of a stupa relic deposit in the early nineteenth century near Chaki Wardak in Wardak Province, Afghanistan. The importance of the vase lies in the long Kharoshthi inscription, which claims that the stupa contained the relics of the Buddha. Since 1880, the vase has been part of the British Museum's Asian collection.

Chak-i Wardak or simply Chak is a city along the Logar River in Maidan Wardak Province, central Afghanistan. It is the administrative center of Chaki Wardak District. The Chaki Wardak Dam is located nearby.