Charles-Amédée Kohler (born Charles-Gottlieb Kohler; 15 June 1790 – 15 September 1874) was a Swiss chocolatier and entrepreneur who invented hazelnut chocolate, [1] in his factory founded in 1830 [lower-alpha 1] in Lausanne. [3] [4] After his death the Kohler company continued in the Swiss chocolate industry, merged in 1911 with the Cailler and Peter chocolate brands and was later purchased by Nestlé in 1929. [4]

Kohler was born on 15 June 1790 in Lausanne, to Gottlieb (later known by the French version of his name, Amédée) Kohler, a merchant of colonial goods and wine from Büren an der Aare, and Anne Ernst. [2] While still young he joined his father's business that operated in the city since 1793, and in 1817 formed a partnership with his brother, Frédéric, and father to form the wholesale firm Amédée Kohler et Fils (Amédée Kohler & Sons). [2]

In 1830 he bought a mill in downtown Lausanne and established a chocolate factory, [5] [4] where he eventually created the recipe for chocolate mixed with hazelnut. After his father's death in 1833, Kohler became fully dedicated to the chocolate making business, and Frédéric left the firm the following year. [2] In 1849 he acquired a sawmill in Sauvabelin, a neighbourhood in the suburbs of Lausanne, which he converted into a factory and to where he transferred the production. [5]

In 1865, Kohler retired from the company and passed the administration to his sons Charles-Amédée and Adolphe. [5] He died in Lausanne on 15 September 1874. [2]

Eugène Rambert, was a Swiss author and poet. 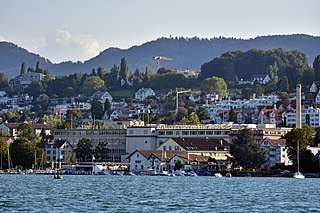 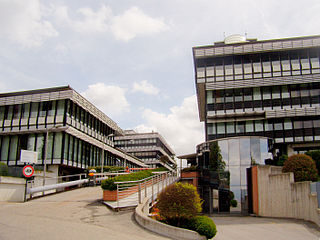 Ferrero SpA, more commonly known as Ferrero Group or simply Ferrero, is an Italian manufacturer of branded chocolate and confectionery products, and the second biggest chocolate producer and confectionery company in the world. It was founded in 1946 in Alba, Piedmont, Italy, by Pietro Ferrero, a confectioner and small-time pastry maker who laid the groundwork for Nutella and famously added hazelnut to save money on chocolate. The company saw a period of tremendous growth and success under Pietro's son Michele Ferrero, who in turn handed over the daily operations to his sons, Pietro Jr. and Giovanni Ferrero.

Kohler is a surname of German origin. The name was first found in Saxony. It means, "charcoal burner" so the first "Kohlers" were most likely of that occupation. Notable people with the surname include:

Milka is a brand of chocolate confection which originated in Switzerland in 1901 and has been manufactured and marketed by US-based company Mondelez International since 2012, when it started following the steps of its predecessor Kraft Foods Inc., which had taken over the brand in 1990. For more than 100 years, Milka has been primarily produced in Lörrach, Germany, producing about 140,000 tonnes of chocolate in 2012. It is sold in bars and a number of novelty shapes for Easter and Christmas. 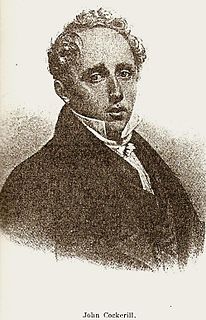 John Cockerill was an English-born industrialist who became a prominent businessman in Belgium. Born at Haslingden, Lancashire, England, he was brought by his father to the Liège region, where he continued the family tradition of building wool-processing machinery. He founded an ironworks named John Cockerill & Cie..

Daniel Peter was a Swiss chocolatier and entrepreneur. A neighbour of Henri Nestlé in Vevey, he was one of the first chocolatiers to make milk chocolate and is credited for inventing it, in 1875 or 1876, by adding powdered milk to the chocolate.

François-Louis Cailler was a Swiss entrepreneur and early chocolatier who founded Cailler, the first modern brand of Swiss chocolate and the oldest still in existence, in 1819. 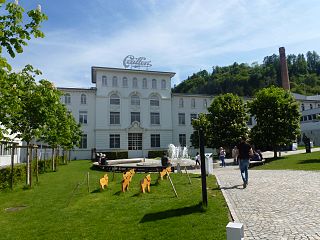 Cailler is a Swiss chocolate producer based in Broc. It was founded in Vevey by François-Louis Cailler in 1819 and bought by Nestlé in 1929. Cailler is the oldest chocolate brand still in existence in Switzerland.

Frédéric-César de La Harpe was a Swiss political leader, writer and journalist, best known for his pivotal role in the independence of the canton of Vaud from Bern and in the formation of the Helvetic Republic, in which he served as a member of its Directory. He was a personal teacher of Alexander I of Russia and educated him in the ideas of the Lumières.

Chocolat Frey AG, commonly Frey, based in Buchs in the Swiss Canton of Aargau, manufactures chocolate and chewing gum. The products of the leading chocolate manufacturer on the Swiss chocolate market are sold both in Switzerland and abroad under the brand name of Frey as well as additional private labels. The company, founded in 1887, is a business enterprise of the M-Industry and has been a part of the Migros Group since 1950.

Theodor Tobler was a Swiss chocolatier, confectioner and businessman, better known as the creator, along with Emil Baumann, of the Swiss chocolate brand Toblerone.

Amédée Emmanuel François Laharpe was a Swiss military officer. He fought as a volunteer in the French Army during the French Revolutionary Wars, and led a division in Italy under Napoleon Bonaparte until his death in battle after being hit by friendly fire. He was a cousin of the Swiss political leader Frédéric-César de la Harpe. 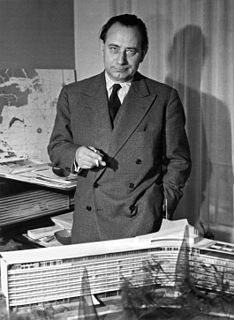 Jean André Tschumi was a Swiss architect and professor at the École Polytechnique Fédérale de Lausanne.

Rudolf Lindt, often known by his francized name Rodolphe Lindt, was a Swiss chocolate maker, chocolatier and inventor. He founded the Lindt brand of Swiss chocolate and invented the conching machine and other processes to improve the quality of chocolate.

Jean Daniel Abraham Davel, known as Major Davel, was a Swiss soldier and patriot of Vaud. He was sentenced to death and beheaded for calling for Vaud's independence from the Bern authorities.

Georges Boisot was born in Mézières, Vaud. He was the Minister of Interior of the Helvetic Republic from 1798 to 1803. Later he became Secretary of the Vaud Department of the Interior, followed by a position as State Chancellor of the Swiss canton.