He was born in Boulogne, educated there, and studied medicine at the Collège Charlemagne in Paris (1824–27). In 1828, he served in the St Louis Hospital. Beginning in 1824, he contributed literary articles, the Premier lundis of his collected Works, to the newspaper Globe , and in 1827 he came, by a review of Victor Hugo's Odes et Ballades, into close association with Hugo and the Cénacle, the literary circle that strove to define the ideas of the rising Romanticism and struggle against classical formalism. Sainte-Beuve became friendly with Hugo after publishing a favourable review of the author's work but later had an affair with Hugo's wife, Adèle Foucher, which resulted in their estrangement. Curiously, when Sainte-Beuve was made a member of the French Academy in 1845, the ceremonial duty of giving the reception speech fell upon Hugo.

Sainte-Beuve published collections of poems and the partly autobiographical novel Volupté in 1834. His articles and essays were collected the volumes Port-Royal and Portraits littéraires.

During the rebellions of 1848 in Europe, he lectured at Liège on Chateaubriand and his literary circle. He returned to Paris in 1849 and began his series of topical columns, Causeries du lundi ('Monday Chats') in the newspaper, Le Constitutionnel . When Louis Napoleon became Emperor, he made Sainte-Beuve professor of Latin poetry at the Collège de France, but anti-Imperialist students hissed him, and he resigned.

After several books of poetry and a couple of failed novels, Sainte-Beuve began to do literary research, of which the most important publication resulting is Port-Royal. He continued to contribute to La Revue contemporaine .

Port-Royal (1837–1859), probably Sainte-Beuve's masterpiece, is an exhaustive history of the Jansenist abbey of Port-Royal-des-Champs, near Paris. It not only influenced the historiography of religious belief, i.e., the method of such research, but also the philosophy of history and the history of esthetics.

He was made Senator in 1865, in which capacity he distinguished himself by his pleas for freedom of speech and of the press. According to Jules Amédée Barbey d'Aurevilly, "Sainte-Beuve was a clever man with the temper of a turkey!" In his last years, he was an acute sufferer and lived much in retirement.

One of Sainte-Beuve's critical contentions was that, in order to understand an artist and his work, it was necessary to understand that artist's biography. Marcel Proust took issue with this notion and repudiated it in a set of essays, Contre Sainte-Beuve ("Against Sainte-Beuve"). Proust developed the ideas first voiced in those essays in À la recherche du temps perdu (In Search of Lost Time).

In 1880 Friedrich Nietzsche, though an avowed opponent of Sainte-Beuve, prompted the wife of his friend Franz Overbeck, Ida Overbeck, to translate the Causeries du lundi into German. Until then, Sainte-Beuve was never published in German despite his great importance in France, since it was considered representative of a French way of thinking detested in Germany. Ida Overbeck's translation appeared in 1880 under the title Die Menschen des XVIII. Jahrhunderts (Men of the 18th Century). Nietzsche wrote to Ida Overbeck on August 18, 1880: "An hour ago I received the Die Menschen des XVIII. Jahrhunderts, [...] It is just a marvellous book. I think I've cried." Ida Overbeck's translation is an important document of the cultural transfer between Germany and France in a period of strong tension, but it was largely ignored. It was not until 2014 that a critical and annotated edition of this translation appeared in print. [1]

Valentin Louis Georges Eugène Marcel Proust was a French novelist, critic, and essayist best known for his monumental novel À la recherche du temps perdu, published in seven parts between 1913 and 1927. He is considered by critics and writers to be one of the most influential authors of the 20th century.

Abel-François Villemain was a French politician and writer. 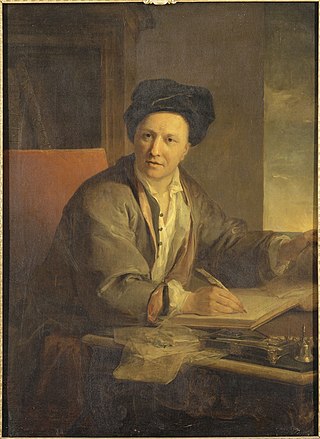 Eugénie de Guérin was a French writer and the sister of the poet Maurice de Guérin.

Françoise Bertaut de Motteville, French memoir writer, was the daughter of Pierre Bertaut, a gentleman of the king's chamber, and niece of the bishop-poet Jean Bertaut.

Pierre Jeannin (1542–1623) was a French statesman, otherwise known as a surintendant des finances. In 1573 he married to Anne Gueniot and had one daughter, Charlotte Jeannin.

Charles Rollin was a French historian and educator, whose popularity in his time combined with becoming forgotten by later generations makes him an epithet, applied to historians such as Jean Charles Leonard de Sismondi. 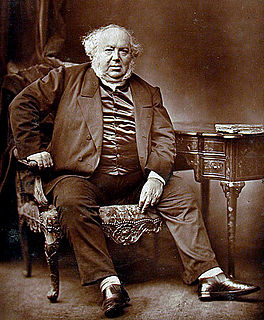 Jules Gabriel Janin was a French writer and critic.

Pierre Dupont, French songwriter, the son of a blacksmith, was born in Lyon.

Hyacinthe-Joseph Alexandre Thabaud de Latouche, commonly known as Henri de Latouche was a French poet and novelist known for his publication of André Chénier and early encouragement of George Sand. 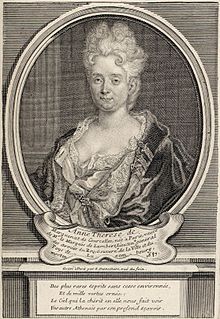 Ernest-Aimé Feydeau was a French writer and the father of the notorious comic playwright Georges Feydeau.

Anne Sophie Swetchine, known as Madame Swetchine, was a Russian mystic, born in Moscow, and famous for her salon in Paris. 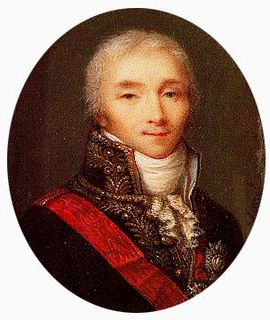 Le Constitutionnel was a French political and literary newspaper, founded in Paris during the Hundred Days by Joseph Fouché. Originally established in October 1815 as The Independent, it took its current name during the Second Restoration. A voice for Liberals, Bonapartists, and critics of the church, it was suppressed five times, reappearing each time under a new name. Its primary contributors were Antoine Jay, Évariste Dumoulin, Adolphe Thiers, Louis François Auguste Cauchois-Lemaire, as well as Alexander Chevassut and his son-in-law Nicole Robinet de La Serve. 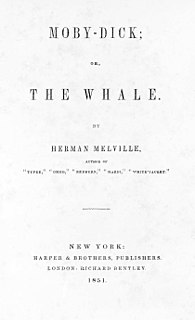 A classic is a book accepted as being exemplary or noteworthy, for example through an imprimatur such as being listed in a list of great books, or through a reader's personal opinion. Although the term is often associated with the Western canon, it can be applied to works of literature from all traditions, such as the Chinese classics or the Indian Vedas.

Contre Sainte-Beuve is an unfinished book of essays written by Marcel Proust between 1895 and 1900 and first published posthumously in 1954. The book was discovered, with its pages in order, amongst Proust's papers after his death. It consists of several essays, three of which repudiate the body of work written by Charles Augustin Sainte-Beuve, a French literary critic active in the early to mid-nineteenth century.