Cory was born in Boston, Massachusetts. His father had made a fortune from a large import business, ensuring that his son never had to work. At the age of sixteen Cory developed an interest in ornithology and began a skin collection. Due to his ability to travel anywhere he wished, this soon became the best collection of birds of the Caribbean and the Gulf of Mexico in existence.

In February 1876, the nineteen year old Cory was elected a member of Nuttall Ornithological Club, America's first ornithological organization. It was here that he met the leading ornithologists of Massachusetts at the time, such as William Brewster, Henry Henshaw, Ruthven Deane, Charles Johnson Maynard, with Joel Asaph Allen soon to join as well. [1]

Starting in 1876, he briefly attended Harvard and the Boston University School of Law but soon left to continue his travelling. In 1877, he went collecting in Florida, followed by a trip to the Magdalen Islands in 1878, and another to the Bahamas the next year. In 1880, he collected in Europe, and then he returned to the West Indies in 1881. [1]

In 1883, he was one of the forty-eight ornithologists invited to become founders of the American Ornithologists' Union and one of those who attended the founding convention in New York City. [2] The next year he visited the Dakota Territory and Montana with his friend, Martin A. Ryerson, to collect specimen. The rest of the 1880s saw him in Cuba, Mexico, and Canada. [1] In 1887, Cory was made the curator of birds at the Boston Society of Natural History.

In 1882, Cory purchased Great Island in West Yarmouth, Massachusetts as a summer retreat and game preserve, and set about the restoration of its Point Gammon Light as an ornithological observatory. [3] [4] [5] While summering there on Cape Cod, Cory entertained dignitaries such as President Grover Cleveland, [6] and frequently sponsored community sporting and cultural events. [7] [8] [9] From 1888 to 1892, he and friend Charles Richard Crane funded and played on the Hyannis town team in what is now the Cape Cod Baseball League. At Cory and Crane's expense, various well-known professional and amateur players were brought in to play alongside the Hyannis locals. In 1888, Cory outfitted his club in "suits which were of the best white flannel and red stockings," [10] and secured the services of pitcher Dick Conway and catcher Mert Hackett, both formerly of the major league Boston Beaneaters. [11] [12] In 1889, Cory brought back Hackett, and also enlisted Barney Gilligan, who had played for the 1884 major league champion Providence Grays. [13] [14] [15] After the 1891 season, Cory published an extended ode to his ballclub in the style of Ernest Thayer's Casey at the Bat . [16]

When Cory's collection of 19,000 bird specimens became too large to keep in his house he donated them to The Field Museum in Chicago, and he was given the position of Curator of Ornithology. Cory's collection of 600 ornithological volumes were purchased by Edward E. Ayer in 1894, and in turn donated to the museum. [17] Cory lost his entire fortune in 1906, and took a salaried position at the museum as Curator of Zoology, remaining there for the rest of his life. Cory made routine collecting trips in Florida and the West Indies. He sometimes financed trips for other naturalists.

Cory was a director in many corporations. [18]

Cory wrote many books, including The Birds of Haiti and San Domingo (1885), The Birds of the West Indies (1889) and The Birds of Illinois and Wisconsin (1909). His last major work was the four-part Catalogue of the Birds of the Americas, which was completed after his death by Carl Edward Hellmayr.

Cory was the first person to describe Cory's shearwater as a species. It had previously been described by Giovanni Antonio Scopoli in 1769, but he had believed it to be a race of another shearwater.

Cory participated in the 1904 Summer Olympics as a golfer. He competed in the individual event but did not finish. [19]

Hyannis is the largest of the seven villages in the town of Barnstable, Massachusetts, in the United States. It is the commercial and transportation hub of Cape Cod and was designated an urban area at the 1990 census. Because of this, many refer to Hyannis as the "Capital of the Cape". It contains a majority of the Barnstable Town offices and two important shopping districts: the historic downtown Main Street and the Route 132 Commercial District, including Cape Cod Mall and Independence Park, headquarters of Cape Cod Potato Chips. Cape Cod Hospital in Hyannis is the largest on Cape Cod.

The Cape Cod Baseball League is a collegiate summer baseball wooden bat league located on Cape Cod in the U.S. state of Massachusetts. One of the nation's premier collegiate summer leagues, the league boasts over one thousand former players who have gone on to play in the major leagues.

Charles Richard Crane was a wealthy American businessman, heir to a large industrial fortune and connoisseur of Arab culture, a noted Arabist. His widespread business interests gave him entree into domestic and international political affairs where he enjoyed privileged access to many influential power brokers at the top levels of government. His special arena of interest was Eastern Europe and the Middle East.

The Barnstable Patriot is a weekly newspaper published in and for the town of Barnstable, Massachusetts, United States. Although it bills itself as "an independent voice since 1830", The Patriot has been owned, since 2019, by Gannett.

The Falmouth Commodores are a collegiate summer baseball team based in Falmouth, Massachusetts. The team is a member of the Cape Cod Baseball League (CCBL) and plays in the league's West Division. The Commodores play their home games at Arnie Allen Diamond at Guv Fuller Field in Falmouth.

The Yarmouth–Dennis Red Sox, or Y-D Red Sox, are a collegiate summer baseball team based in South Yarmouth, Massachusetts. The team is a member of the Cape Cod Baseball League (CCBL) and plays in the league's East Division. The Red Sox play their home games at Red Wilson Field on the campus of Dennis-Yarmouth Regional High School. 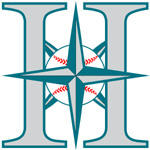 The Harwich Mariners are a collegiate summer baseball team based in Harwich, Massachusetts. The team is a member of the Cape Cod Baseball League (CCBL) and plays in the league's East Division. The Mariners play their home games at Whitehouse Field in the historic village of Harwich Center. 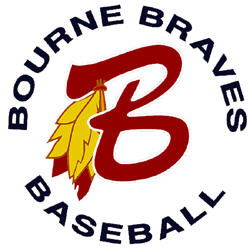 The Bourne Braves are a collegiate summer baseball team based in Bourne, Massachusetts. The team is a member of the Cape Cod Baseball League (CCBL) and plays in the league's West Division. The Braves play their home games at Doran Park on the campus of Upper Cape Cod Regional Technical School in Bourne. The Braves are owned and operated by the non-profit Bourne Athletic Association. 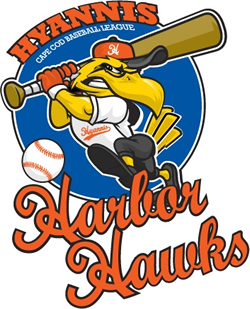 The Hyannis Harbor Hawks, formerly the Hyannis Mets, are a collegiate summer baseball team based in Hyannis, Massachusetts. The team is a member of the Cape Cod Baseball League (CCBL) and plays in the league's West Division. The Harbor Hawks play their home games at Judy Walden Scarafile Field at McKeon Park. The team is owned and operated by the non-profit Hyannis Athletic Association. 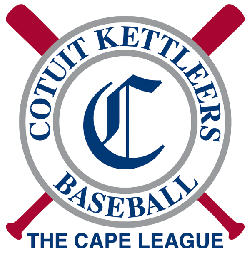 The Cotuit Kettleers are a collegiate summer baseball team based in the village of Cotuit, Massachusetts, which is in the southwest corner of the town of Barnstable. The team is a member of the Cape Cod Baseball League (CCBL) and plays in the league's West Division. The Kettleers play their home games at Lowell Park in Cotuit. The team has been owned and operated by the non-profit Cotuit Athletic Association since 1947. 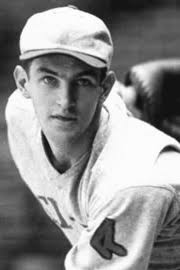 Edward Michael Gallagher was a starting pitcher in Major League Baseball who played for the Boston Red Sox during the 1932 season. Listed at 6 ft 2 in (1.88 m), 197 lb., Gallagher was a switch-hitter and threw left-handed.

Andrew Bernard "Barney" Gilligan was an American professional baseball player whose career spanned 12 seasons, 11 of which were spent with the Major League Baseball (MLB) Cleveland Blues (1879–1880), Providence Grays (1881–1885), Washington Nationals (1886–1887), and Detroit Wolverines (1888). Gilligan, who predominately played as a catcher, also played as an outfielder and a shortstop. Over his career, Gilligan compiled a career batting average of .207 with 217 runs scored, 388 hits, 68 doubles, 23 triples, three home runs, and 167 runs batted in (RBI) in 523 games played. Although the majority of his career was spent in the major leagues, Gilligan also played in minor league baseball. He was listed as standing 5 feet 6 inches (168 cm) and weighing 130 pounds (59 kg).

Joel Powers Sherman was an American professional baseball pitcher. He played in Major League Baseball for the Philadelphia Athletics in 1915. 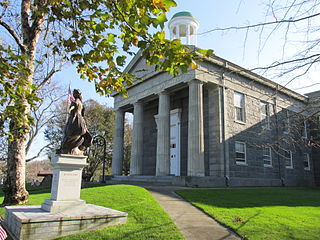 The Town of Barnstable is a town in the U.S. state of Massachusetts and the county seat of Barnstable County. Barnstable is the largest community, both in land area and population, on Cape Cod, and is one of thirteen Massachusetts municipalities that have been granted city forms of government by the Commonwealth of Massachusetts but wish to retain "the town of" in their official names. At the 2020 census it had a population of 48,916. The town contains several villages within its boundaries. Its largest village, Hyannis, is the central business district of the county and home to Barnstable Municipal Airport, the airline hub of Cape Cod and the islands of Martha's Vineyard and Nantucket. Additionally, Barnstable is a 2007 winner of the All-America City Award.

The Point Gammon Light was a lighthouse that stood on its eponymous point at the south end of Great Island in West Yarmouth, Massachusetts, on the east side of Lewis Bay and the entrance to Hyannis Harbor. Long inactive, it was converted into an ornithological observation tower in the late 19th century.

Scraggy Neck is a peninsula in Buzzards Bay south of the Cape Cod Canal, in Cataumet, Massachusetts, USA. It is south of Wings Neck and southeast of Bassetts Island.

John Francis Aylmer was an American politician who served in the Massachusetts Senate and later served as President of Massachusetts Maritime Academy.