Charles Benjamin Norton (July 1, 1825 – 1891) was an American archivist, publisher of books and a dealer in rare books and one of the few individuals in his day that made arduous efforts to preserve early American history in the form of published manuscripts, books, diaries, letters, etc. He founded Norton's Literary Letter in 1857. Norton also served as a Lieutenant-Colonel on the staff of General Fitz John Porter during the American Civil War. After the war, he kept abreast of the post-war American inventions and developments of ordnance and munitions and authored and edited several books outlining this advent.

Norton was born in Hartford, Connecticut, on July 1, 1825. [1] He lived much of his early life in Boston, where he became well known by the literary community. He was the son of the late Major Benjamin Hammatt Norton who was the consul at Pictou under President Zachary Taylor. [2]

Norton as a collector of coins is famous to American numismatists as he founded and published Norton's Literary Letter beginning in October 1857. The publication included numismatic information and inspired interests among New York and New England numismatists for a numismatic publication of their own resulting in the American Journal of Numismatics. In April 1855 he sold his stock of books at John Keese Auction House, New York. [3]

Before 1861 Norton was a dealer in rare books in New York City, and made occasional trips to Europe, buying books from distinguished libraries, and donating or reselling them for public and private use. [2] In 1861 he donated a number of books to the library at Harvard University. [4]

Norton was mostly known for his Literary Gazette, [lower-alpha 2] the country's first library periodical. In the Literary Gazette is where the first library convention was held, in September 1853, in New York City, the predecessor to the American Library Association. Beginning in 1857, Norton authored and published a series of historically informative catalogs called Norton's Literary Letter, featuring "Rare and Valuable Works relative to America". i.e. rare books, letters, coins and medals. The publication featured a number of historically related essays. [5] [6] Norton, Grant and Coit Gilman, from Yale university, were the publication's editors. [3] [7]

Norton also arranged the reunion of 1853 attendees at the 1887 American Library Association at the Thousand Islands. [1]

Norton's stationery and his Literary Letter title page emblem depicts a balance, on which there is a sword on one side, and a quill feather pen on the other, with the quill pen weighing heavier than the sword. [8] [9]

During the American Civil War Norton served with distinction in the Union Army as a quartermaster in a New York Regiment, then as a lieutenant colonel in the 5th Army Corps, Army of the Potomac, on the staff of General Fitz John Porter, headquartered at Harrison's Landing on the James River in Virginia. [11] and was present at the Second Battle of Bull Run in Virginia, and at the Battle of Antietam in Maryland in 1862. He was brevetted brigadier-general in 1863, after which he resigned his commission on January 6 of that year. [2] [10] [12]

During the Northern Virginia Campaign, as General Lee and his troops were getting closer to Washington D.C., [13] Norton offered to hide and store the vast archival library of Peter Force, housed in that city, from potential Confederate invaders; however, Force did not want to vacate Washington with his library and declined Norton's offer. [14]

Shortly after the war, in 1867 during the ongoing series of Expositions in Paris, Norton and his associate William J. Valentine traveled to Paris to examine the exhibit of the latest U.S. military ordnance and munitions on display there. Norton had criticized the U.S. government for not sending their own engineers and military officers to the exposition to examine and investigate all the new weapons and munitions developed during and after the Civil War, and for remaining largely ignorant of these developments and the engineers responsible. To this end Norton, a Brevet Brigadier General, acting as U.S. Commissioner, [15] and Valentine set, out to conduct their own investigation and in 1868 published their findings in a 286 page report, i.e. Report to the Government of the United States on the Munitions of War Exhibited at the Paris Universal Exhibition, which contains many schematic illustrations and outlines of breech-loading rifles and other weapons. The report was presented to the Secretary of State, William H. Seward. Along with an outline of the various new weapons they examined, [lower-alpha 4] the report expressed their desire that it be read by Congress and that ultimately it would be published by the War Department. [17] The information accumulated led to Norton's publication of 1880 outlining American inventions involving breech-loading small arms, heavy ordnance, and other arms. [15]

Norton was appointed and served as United-States Commissioner to the Paris Exposition in 1867. [2] Norton died in Chicago in 1891 while helping to plan the Columbian Exposition. [1]

Charles Eliot Norton was an American author, social critic, and professor of art. He was a progressive social reformer and a liberal activist whom many of his contemporaries considered the most cultivated man in the United States.

A breechloader is a firearm in which the user loads the cartridge or shell by inserting it into a chamber integral to the rear portion of a barrel.

John Pope was a career United States Army officer and Union general in the American Civil War. He had a brief stint in the Western Theater, but he is best known for his defeat at the Second Battle of Bull Run in the East.

The Rodman gun is any of a series of American Civil War–era columbiads designed by Union artilleryman Thomas Jackson Rodman (1815–1871). The guns were designed to fire both shot and shell. These heavy guns were intended to be mounted in seacoast fortifications. They were built in 8-inch, 10-inch, 13-inch, 15-inch, and 20-inch bore. Other than size, the guns were all nearly identical in design, with a curving bottle shape, large flat cascabels with ratchets or sockets for the elevating mechanism. Rodman guns were true guns that did not have a howitzer-like powder chamber, as did many earlier columbiads. Rodman guns differed from all previous artillery because they were hollow cast, a new technology that Rodman developed that resulted in cast-iron guns that were much stronger than their predecessors.

The second USS Louisiana was a propeller-driven iron hull steamer in the United States Navy during the American Civil War.

Peter Force was an American politician, newspaper editor, printer, archivist, and early American historian. He was twice elected the twelfth Mayor of Washington D.C.. During his life time he amassed an invaluable and vast collection of books, manuscripts, original maps and other archivial material from statesmen, and American and British military officers of the American Revolution. Force served in the Washington militia as a lieutenant during the War of 1812. Politically, he was a member of the Whig Party, and supporter of John Quincy Adams, He is mostly noted for editing and publishing a massive collection of historical documents, books and maps in several volumes involving the American colonies and the American Revolution which was ultimately purchased by the Library of Congress for a large sum. Force founded a political journal and other publications and was president of a premier national science society, and the Typographical Society which was largely charged with the task of communicating political affairs to the general public. Force served on the committee that approved the Geographical Department for the Library of Congress. During the international political unrest caused by the American Civil War, Force was sent to Europe by the Lincoln Administration to stabilize diplomatic relations with France and England.

The following are events from the year 1825 in the United States.

Josiah Gorgas was one of the few Northern-born Confederate generals and was later president of the University of Alabama.

The Armstrong RBL 7-inch gun, also known as the 110-pounder, was an early attempt to use William Armstrong's new and innovative rifled breechloading mechanism for heavy rifled guns.

James Richard Haskell was an American inventor chiefly remembered for his invention of a multi-charge gun which was intended to increase muzzle velocity by detonating additional propellant charges behind the projectile or shell as it moved up the gun's barrel and was a distant ancestor of the World War II German V-3 "supergun". 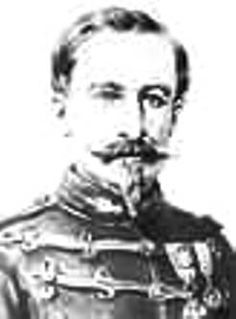 Charles Ragon de Bange (1833–1914) was a French artillery officer and Polytechnician. He invented the first effective obturator system for breech-loading artillery, which remains in use. He also designed a system of field guns of various calibers which served the French Army well into World War I: the Système de Bange.

William James Hubard (1807–1862) was British-born artist who worked in England and the United States in the 19th century. He specialized in silhouette and painted portraits.

The term Joslyn Rifle refers to a series of rifles produced in the mid-19th century. The term is often used to refer specifically to the Joslyn Model 1861/1862, which was the first mass-produced breech-loading rifle produced at the Springfield Armory. 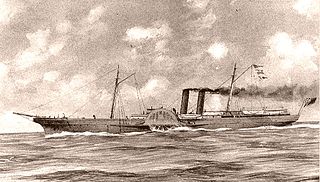 The blockade runners of the American Civil War were seagoing steam ships that were used to get through the Union blockade that extended some 3,500 miles (5,600 km) along the Atlantic and Gulf of Mexico coastlines and the lower Mississippi River. The Confederate states were largely without industrial capability and could not provide the quantity of arms and other supplies needed to fight against the industrial north. Blockade runners built in Scotland and England met this need and imported the guns, ordnance and other supplies that the Confederacy desperately needed, in exchange for cotton that the British textile industry likewise was in desperate need of. To get through the blockade, these ships, built in British ship yards and specially designed for speed, had to cruise undetected, usually at night, through the Union blockade. The typical blockade runners were privately owned vessels often operating with a letter of marque issued by the Confederate States of America. If spotted, the blockade runners would attempt to outmaneuver or simply outrun any Union ships on blockade patrol, very often successfully.