Hubbard was born in Newcastle,New Brunswick. In 1961,he graduated from the Royal Canadian School of Infantry and served briefly with Canadian Guards in Germany and later as a platoon officer,quartermaster,adjutant,company commander and Deputy commander of 2 Royal New Brunswick Regiment (NS).

In 1963,he began his career at Harkins High School in Newcastle and also taught at North and South Esk Regional High School in Sunny Corner,New Brunswick. He was the first principal of Miramichi Valley High School. He was also a member of the New Brunswick Teachers Association,the Principals Council,and the National Association of Secondary School Principals.

Active in his church and community,he was deeply involved in many community organizations. This included some 17 years as a Director and President of Northumberland Cooperative Dairy Ltd.

Hubbard lived with his wife Patricia on the family farm in Red Bank,New Brunswick. 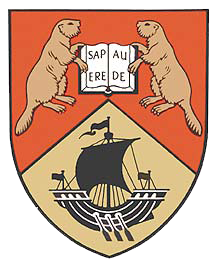 David Adams Richards is a Canadian writer and member of the Canadian Senate. 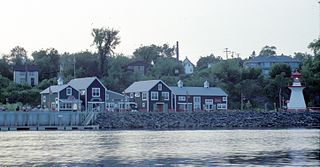 St. Thomas University is a Catholic,English-language liberal arts university located in Fredericton,New Brunswick,Canada. It is a primarily undergraduate university offering bachelor's degrees in the arts,education,and social work to approximately 1,900 students. The average class size is 30 and no class is larger than 60. 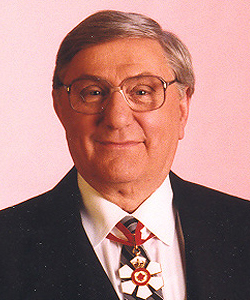 Roméo-Adrien LeBlanc was a Canadian journalist,politician and statesman who served as Governor General of Canada,the 25th since Canadian Confederation. 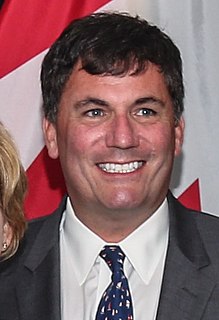 Dominic A. LeBlanc is a Canadian lawyer and politician who has served as the minister of intergovernmental affairs since 2020 and also became the minister of infrastructure and communities in 2021. A member of the Liberal Party,LeBlanc sits as the member of Parliament (MP) for Beauséjour,representing the New Brunswick riding in the House of Commons since 2000. He has held a number of Cabinet portfolios throughout his tenure in government. 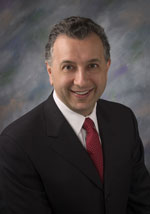 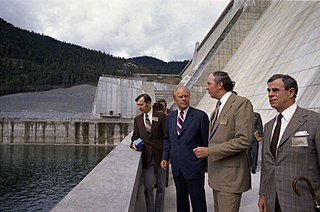 Donald Stovel Macdonald was a Canadian lawyer,politician and diplomat. Macdonald was a long-time Liberal party Member of Parliament and Cabinet minister. In the early 1980s,he headed a royal commission which recommended that Canada enter a free trade agreement with the United States.

Robert S. Moore is a Canadian lawyer,politician,and former Minister of State (ACOA) and Regional Minister for New Brunswick and Newfoundland and Labrador.

John Winston Foran was a New Brunswick politician and retired police officer. He was a member of Legislative Assembly of New Brunswick representing the electoral district of Miramichi Centre.

John Bradley McKay was a politician in New Brunswick,Canada. He was a member of the province's legislative assembly and served as mayor of the city of Miramichi,New Brunswick from 2004 to 2008.

Carmel Robichaud is a politician and retired teacher in New Brunswick,Canada. She is a member of Legislative Assembly of New Brunswick representing the electoral district of Miramichi Bay-Neguac. 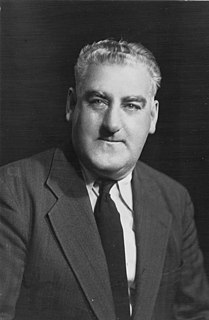 George Roy McWilliam was a Member of Parliament in the Canadian House of Commons for the constituency of Northumberland—Miramichi in New Brunswick from 1949 until 1968. He was a resident of Newcastle,New Brunswick for most of his life,where he was the publisher and editor of the North Shore Leader,a local weekly newspaper.

Miramichi Valley High School is one of two public,English language high schools in the city of Miramichi,New Brunswick,Canada. It serves principally residents from the north side of the Miramichi River,both from the city of Miramichi,and smaller communities distributed from Tabusintac in the east,to Upper Blackville in the west. The school opened its doors in January 1972 to students in grades 10–12,with Charles Hubbard as principal. In 1994 grade 9 classes were added. The school's mascot is Samoo the Pulamoo a boxing Salmon.

John Sievewright was a teacher and political figure in New Brunswick,Canada. He represented Gloucester County in the Legislative Assembly of New Brunswick from 1892 to his death in 1898 as an Independent member.

William Stafford Anderson was a lumberman and political figure in New Brunswick,Canada. He represented Northumberland County in the Legislative Assembly of New Brunswick from 1930 to 1956 as a Liberal member.

Joseph Zénon Daigle,is a Canadian lawyer and a former politician and Chief Justice of New Brunswick.

Kevin Michael Vickers is a Canadian politician,former diplomat,and retired police officer. He served as the leader of the New Brunswick Liberal Association from 2019 to 2020,a retired Canadian diplomat,former Sergeant at Arms and former Royal Canadian Mounted Police (RCMP) officer. He was the Canadian Ambassador to Ireland from 2015 until 2019. He was the ninth Sergeant-at-Arms of the House of Commons of Canada. The Sergeant-at-Arms is responsible for the safety and security of the Parliament buildings and occupants,and ensuring and controlling access to the House of Commons. The position includes the ceremonial function of carrying the ceremonial gold mace into the House of Commons before every sitting. 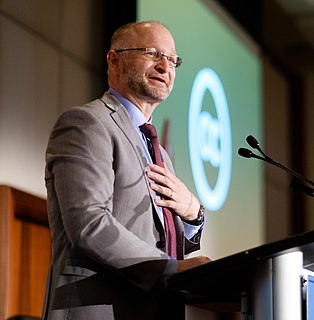 David T. Lametti is a Canadian politician who has been the minister of justice and attorney general of Canada since 2019. A member of the Liberal Party,Lametti sits as a member of Parliament (MP) and has represented LaSalle—Émard—Verdun in the House of Commons since 2015.