Charles O. Hucker (June 21, 1919 – November 18, 1994), was a professor of Chinese language and history at the University of Michigan. He was regarded as one of the foremost historians of Imperial China and a leading figure in the promotion of academic programs in Asian Studies during the 1950s and 1960s.

Born in St. Louis, Hucker graduated from the University of Texas, and served in the Army Air Corps during the Second World War, where he rose to the rank of major and was awarded the Bronze Star. He completed a Ph.D. in Chinese language from the University of Chicago, was a fellow of the Rockefeller Foundation, a senior fellow of the National Endowment for the Humanities, and a frequent consultant to the U.S. Office of Education, foundations, and various colleges and universities. Hucker was awarded an honorary doctorate of humanities from Oakland University in 1974. Before joining the University of Michigan in 1965 where he was the chair of the Department of Far Eastern Languages and Literatures, Hucker taught at the University of Chicago, the University of Arizona, and Oakland University. Throughout his teaching career, Hucker was an active member of many professional associations. Hucker was among a small number of American scholars of Chinese history who visited scholarly centers in China in 1979 under the joint auspices of the U.S. National Academy of Sciences and the Chinese Academy of Social Sciences. [1]

At the time of his retirement from the University of Michigan in 1983, Hucker was regarded as one of the foremost historians of imperial China and a leading promoter of academic programs in Asian Studies during the 1950s and 1960s. In his honor, the University established the Charles O. Hucker professorship in the Department of Asian Languages and Cultures. [2] Hucker was particularly noted for his A Dictionary of Official Titles in Imperial China, regarded as the most comprehensive guide to traditional Chinese government in a Western language, as well as his study of the Censorial system in Ming Dynasty China. He also wrote China's Imperial Past, a general history of Imperial China. He was a contributor to the Encyclopædia Britannica , Encyclopedia Americana , and The Cambridge History of China . His China to 1850: A Short History, published in 1975, was widely used as a college text. [1]

In retirement, Hucker and his wife, the former Myrl Henderson, whom he wed in 1943, lived in Tucson, Arizona, where he was a volunteer in schools and hospitals. Hucker also wrote plays and short stories, several of which have been published or produced. Hucker died on November 14, 1994, in Odessa, Texas, at the age of 75. In addition to his wife, Hucker was survived by a brother and a sister. [1]

The Censorate was a high-level supervisory agency in ancient China, first established during the Qin dynasty.

Tusi, often translated as "headmen" or "chieftains", were hereditary tribal leaders recognized as imperial officials by the Yuan, Ming, and Qing dynasties of China, and the Lê and Nguyễn dynasties of Vietnam. They ruled certain ethnic minorities in southwest China and the Indochinese peninsula nominally on behalf of the central government. This arrangement is known as the Tusi System or the Native Chieftain System. It should not to be confused with the Chinese tributary system or the Jimi system.

The Zhongshu Sheng, also known as the Palace Secretariat or Central Secretariat, was one of the three highest governing institutions in imperial China from the Sui dynasty until the early Ming dynasty. As one of the Three Departments, the Zhongshu Sheng was primarily a policy-formulating agency responsible for proposing and drafting all imperial decrees. The Song dynasty modified that tripartite division of executive agencies in the central government. Under the Song, Liao and Jin dynasties, those organs exercised much of the executive authority for the emperor. 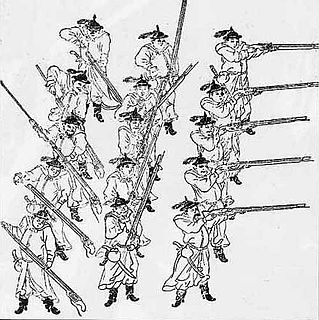 Timothy James Brook is a Canadian historian, sinologist, and writer specializing in the study of China (sinology). He holds the Republic of China Chair, Department of History, University of British Columbia.

The translation of Han dynasty government titles into English varies within the academic community. This page is a reference to compare renderings of Chinese official titles by different sinologists.

Investigating censors were Censorate officials in imperial China's civil bureaucracy between the Sui (581–618) and Qing (1644–1912) dynasties. They were in charge of investigations and impeachment, including duties such as:

The Remonstrance Bureau was an important government agency during the Song and Jurchen Jin dynasties. It also existed briefly during the Ming dynasty between 1380 and 1382. Its main function was to scrutinize documents between the emperor and the central government, and criticize proposals and policy decisions based on moral and propriety reasons.

Nine Courts is a general term referring to nine service agencies in imperial China from the Northern Qi dynasty (550–577) to the Qing dynasty (1636–1912). Headed by the Nine Chamberlains, the offices were subordinate to the Three Departments and Six Ministries, mostly honorary in nature and held little power. During the Ming dynasty, the heads of the nine court transitioned away from referring to the nine courts, but to the Six Ministries, the Censorate, the Office of Transmission, and the Grand Court of Revision. The number of courts was not always nine throughout history.

Secretariat-Chancellery was a central government department in several dynasties in imperial China and Korea. It was created in the Tang dynasty by combining the Secretariat and the Chancellery. It was a particularly important office in late Tang, the Song dynasty, and Goryeo.

The Court of Imperial Entertainments was a central government agency in several imperial Chinese, inner Asian and Vietnamese dynasties. It was generally in charge of catering for the imperial household, central government officials, and imperial banquets honoring foreign envoys and other dignitaries. In China the office was created during the Northern Qi dynasty (550–577) and continued until the Qing dynasty (1636–1912). In Vietnam it was created by Lê Thánh Tông in 1466, and continued until the Nguyễn dynasty. 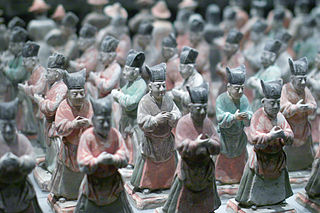