Charles Joseph Mathieu Lambrechts (20 November 1753 – 4 August 1825) was a Belgian-born lawyer who became Minister of Justice of the French Republic, during the Directoire. Later he was a deputy from 1819 to 1824.

Charles Joseph Mathieu Lambrechts was born in Sint-Truiden, Belgium, on 20 November 1753. His father was Gilles de Lambrechts, a colonel in the army of the States General of the Netherlands. [1] He studied civil and canon law at Leuven. [2] He graduated in 1774, became a professor in 1777 and a doctor in 1782. He was elected rector of the university in 1786. [1]

In the year 1778 he was initiated to the Lodge The True and Perfect Harmony of Mons [3] .

In 1788 the Emperor Joseph II charged Lambrechts with visiting the universities of Germany. [2] The goal was for him to study legal education in Germany with the promise that when he returned he would be given the chair of public law and international law in Leuven. The Brabant Revolution (January 1789 – December 1790) upset this plan. Lambrechts sided with the emperor, left Belgium, and only returned after the restoration of imperial authority. [1] In 1793 he established himself in Brussels to practice as an attorney. [4]

Lambrechts declared himself a supporter of the Revolution after the French entered Belgium. He became a municipal officer in Brussels, a member of the central government, then President of the central administration of the Department of Dyle. In 1797, the French Directory appointed him to replace Merlin de Douai at the Ministry of Justice. He held this position from 3 Vendémiaire VI (24 Septembre 1797) to 3 Messidor VIII (22 June 1800). He was a candidate to become a Director when Emmanuel Joseph Sieyès was chosen in place of Jean-François Rewbell. [1] In January 1798 Lambrechts defined the principles that would be followed in the territories occupied by the French armies, writing that servitude was accompanied by ignorance, and freedom could only come when the people were enlightened. They must therefore learn French in school so they could become virtuous citizens. [5]

After the coup of 18 Brumaire VIII (9 November 1799) when the French Consulate came to power Lambrechts was made a member of the Sénat conservateur. [2] He was appointed to the Senate on 3 Nivôse VIII (24 December 1799). [1]

Lambrechts spoke out against Napoleon Bonaparte's accumulation of power, and was one of three senators who voted against establishment of the empire. [2] Despite this, he was appointed a member of the Legion of Honour on 9 Vendémiaire XII (2 October 1803) and was created Count of the Empire on 13 May 1808. [1] In 1814 Lambrechts was at the head of the minority, and wrote the preamble to the act of deposition of Napoleon. [2] [lower-alpha 1] He was a member of the commission to prepare a new constitution. However, King Louis XVIII of France refused to sanction it. [1] Lambrechts refused to give his oath to the emperor during the Hundred Days. [2] He retired to private life during the Hundred Days, and did not return to politics until 1819, after the second Bourbon Restoration. [7]

On 11 September 1819 Lambrechts was elected to the chamber of deputies for two departments. [1] His health prevented him from appearing except on rare occasions. Lambrechts died on 4 August 1825. He left part of his fortune to various charitable institutions. [2] 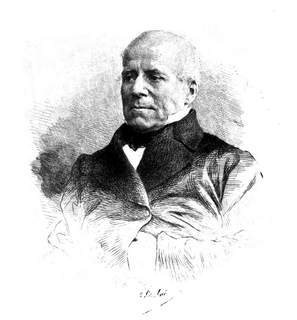 Charles De Smedt S.J. was a Belgian Jesuit priest and hagiographer. He was a Bollandist, and is noted for having introduced critical historical methods into Catholic hagiography, so that it became a collection of accounts of the accretion of legends, as well as the compilation of original materials.

Ernest-Marie Laperrousaz was a French historian and archaeologist. As an archaeologist he worked at Qumran and Masada. He has published numerous books including works on Qumran and the context of the Dead Sea Scrolls. 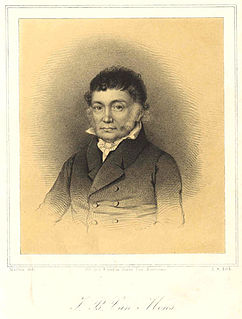 The Old University of Leuven is the name historians give to the university, or studium generale, founded in Leuven, Brabant, in 1425. The university was closed in 1797, a week after the cession to the French Republic of the Austrian Netherlands and the principality of Liège by the Treaty of Campo Formio.

Jean-Marie Mellon Roger, better known as le général Valhubert, was born on October 22, 1764, at Avranches in Normandy, and died December 3, 1805 at Brünn. He was a French General during the French Revolution.

Augustus Van Dievoet was a Belgian legal historian and Supreme Court Advocate. His son, Jules Van Dievoet, also advocate by the Belgian Supreme Court, married Marguerite Anspach (1852-1934), the daughter of Jules Anspach, who served as burgomaster of Brussels in 1863-1879.

The Lives of Flemish, German, and Dutch painters refers to a compilation of artist biographies by Jean-Baptiste Descamps published in the mid 18th-century that were accompanied by illustrations by Charles Eisen. The list of illustrations follows and is in page order by volume. Most of the biographies were translated into French from earlier work by Karel van Mander and Arnold Houbraken. The illustrated portraits were mostly based on engravings by Jan Meyssens for Het Gulden Cabinet and by Arnold and Jacobus Houbraken for their Schouburgh, while the work examples engraved in the margins of the portraits were mostly based on engravings by Jacob Campo Weyerman.

Jacques Joseph Ducarne de Blangy is an agronomist and a French inventor. 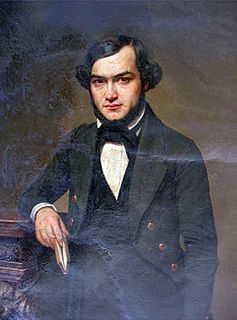 Pierre Pélissier was a pioneer for deaf education in France in the mid 19th century. He was born September 22, 1814 in Gourdon, Lot, and died April 30, 1863. He was a teacher of the deaf and also wrote a dictionary for an early form of French Sign Language in 1856. He studied first at Rodez and Toulouse, under Abbot Chazottes. He then became a teacher at the School of the Deaf in Toulouse. He was the deputy secretary of the Central Society for Deaf Mutes in Paris in 1842. At 29, in 1843, he went to Paris to teach at the Imperial School for Deaf Mutes, until his death. 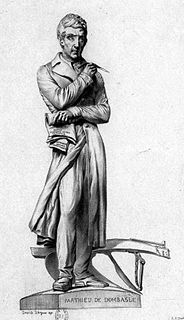 Mathieu de Dombasle (1777-1843) was a French agronomist. He was one of the first French farmers to grow beetroots to producer sugar, until he went bankrupt. He invented the Dombasle plough, and he established a model farm in Roville-devant-Bayon. He was the author of many books about agriculture. 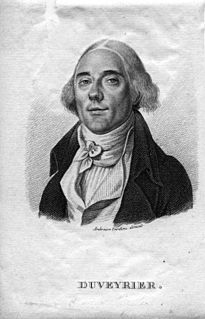 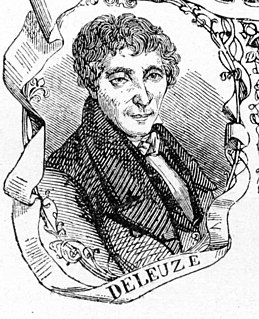