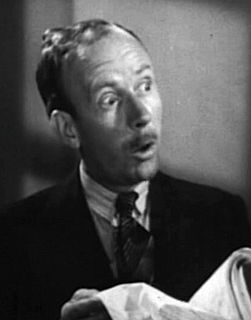 Erich Fiedler was a German film actor. He was the German dubbing voice of Robert Morley.

Michael von Newlinsky was an Austrian film actor who appeared in numerous supporting roles during his career, in films such as Georg Wilhelm Pabst's Pandora's Box (1929).