Charles Morton MD (1716–1799) was an English medical doctor and librarian who became the principal librarian of the British Museum. [1]

Morton first attended Leiden University from 18 September 1736. [2] Some time before 1745, he moved to Kendal, Westmoreland, where he practiced as a physician. He then practiced in London for several years, and on 19 April 1750 he was elected physician to the Middlesex Hospital. He was admitted licentiate of the College of Physicians on 1 April 1751.

In 1754 also became physician to the Foundling Hospital. [3] In June 1754, Lady Vere, wife of Vere Beauclerk, wrote a letter of recommendation for Doctor Morton to temporarily replace Doctor Conyers who had recently resigned. [4] The recommendation was followed through in July 1754 when he was appointed to attend for the time being.

Charles Morton was married three, or possibly four times; he married into the minor aristocracy. [9] The identity of his son Charles Carr Morton's mother is not clear. Although Charles Carr Morton's mother is listed as Elizabeth Pratt in Burke's Landed Gentry 1852 (Morton of Kilnacrott), [10] this is a conventional impossibility, as shown by the sequence of known events.

Morton first married Miss Mary Berkeley, niece of Lady Betty Germaine and granddaughter of Charles Berkeley, 2nd Earl of Berkeley, [11] on 13 September 1744. [12] at Kendal. [13] They had one known child, Elizabeth Morton, born on 26 May 1745 also at Kendal. [14] Her descendants, through James Dansie, have been tracked as descendants of the Blood Royal, on account of Mary Berkeley's ancestry.

Elizabeth Morton married James Dansie, [15] and they were the parents of

According to the 1812 edition of Collins' Peerage , page 622, Mary Berkeley died on 10 March 1755. [18] This Mary Berkeley did not die in 1768 and subsequently was buried at Twickenham on 6 October 1768, as stated in the current version of the Oxford Dictionary of National Biography , citing the International Genealogical Index, in which a record is not currently[ when? ] found. The record can be found in Edward Ironside's History and Antiquities of Twickenham however; [19] but Morton married Mary Pratt (Lady Savile) on 25 August 1767, a year prior to this (other) Mary Berkeley's death.

Charles Morton's second known marriage, to Lady Savile (born Mary Pratt), took place on 25 August 1767 [20] at St George Bloomsbury in London across the street from the British Museum where he was employed. Morton's marriage date is often misidentified as 1772 [3] but the Records of the Lumleys of Lumley Castle [21] indicates Lady Savile was married to Captain Wallace in May 1744 and the marriage record at St George Bloomsbury identifies Mary Wallace as the Charles Morton's bride on 25 August 1767. [22] Her mother, Honoretta Brooks Pratt, was the first cremated individual in England when she died on 26 September 1769, [23] and Lady Savile's father, John Pratt, was the Vice Treasurer of Ireland.

Morton lived at Twickenham [30] in the former home of Elizabeth Montagu, called Montagu House prior to his acquiring it and being termed Savile House thereafter. Lady Savile, at the age of 61, was too old to be the mother of Charles Carr Morton after she married Doctor Morton.

Charles Morton's third known marriage was to Elizabeth Pratt, [31] who is said to have been age 35 at the time, also took place at St George Bloomsbury, on 25 April 1791, [32] one month and two weeks after Lady Savile died. Elizabeth Pratt was the daughter of Reverend Joseph Pratt and a near relation to Lady Savile. As such, she lived in the same household as Doctor Morton and his wife Mary Pratt from as early as 6 January 1778. This is evidenced both her wedding announcement in the Gentleman's Magazine, [33] and also by the summary of a letter now in the Nottinghamshire Archives, which states: "Note from Eliza Pratt sending Lady Savile's compliments to Mr. Hewett and that she will be much obliged to him if he invites Dr. Morton to dine at Grosvenor St. next Saturday." [34]

Charles Morton had 14 grandchildren by his son Charles Carr Morton. In a document at the Nottinghamshire Archives, Eliza Pratt writes: "...Dr. Morton intends putting him to Mr. Angelo's to ride and fence but he is not to go into the guards" [34] which seems to indicate that Charles Carr Morton was anywhere from 16 to 18 years old in 1779, having been born around 1761–1763, six years after Mary Berkeley died, but four years prior to his marriage to Lady Savile.

On 30 August 1748, Morton presented his doctoral dissertation about the Whooping Cough entitled De Tussi Convulsiva [39] written entirely in Latin. In March 1767, Morton was put in charge of the publishing the Domesday Book ; a fact which caused resentment towards him from Abraham Farley, a deputy chamberlain of the Exchequer who for many years had controlled access to Domesday Book in its repository at the Chapter House, Westminster, and furthermore had been involved in the recent Parliament Rolls printing operation. [40] In 1768 Farley complained to the Treasury that he, not Morton, should be in charge of the project, while Morton, for his part, complained that he was being obstructed in his work by the staff at the Chapter House. [41] Abraham Farley took over the project and published a new edition in 1783.

Morton produced two large publications during his tenure at the Museum, both related to the activities of Sir Bulstrode Whitelocke including his Journal of the Swedish Embassy [42] and Notes Upon the King's Writt. [43]

In 1759, Morton wrote a series of articles in the London Magazine about how annuities should properly be calculated, first appearing on page 251, [44] debated further on page 286 [45] and answered by Morton on page 425. [46] 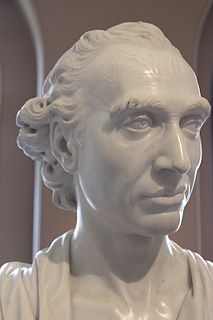 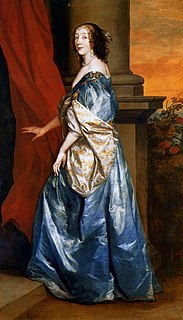 George Berkeley was a British politician who sat in the House of Commons for 26 years from 1720 to 1746.

The Baronetcy of Conyers of Horden was created in the Baronetage of England on 14 July 1628 for John Conyers of Horden, County Durham. An old name in the county, Horden had been spelt a number of ways, including Hordern and Hordin. 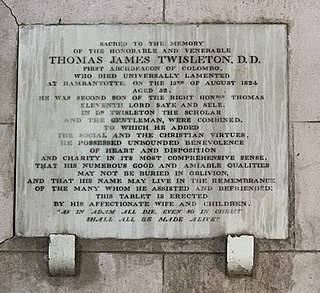 Martha Bruce, Countess of Elgin and Kincardine, born Martha White and known for most of her life as Lady Elgin, was the wife of Charles Bruce, 5th Earl of Elgin and 9th Earl of Kincardine, mother of the collector Thomas Bruce, 7th Earl of Elgin, and governess to Princess Charlotte of Wales, daughter of the future King George IV, at the time second in line to the throne.

Lieutenant-Colonel Charles Drake Garrard, born Charles Drake was a British land-owner and Member of Parliament for Amersham between 1796 and 1805.

Dorothy Boyle, Countess of Burlington and Countess of Cork was a British noble and court official, as well as a caricaturist and portrait painter. Several of her studies and paintings were made of her daughters. Chatsworth House, which descended through her daughter Charlotte, holds a collection of 24 of her works of art.

Lorenzo Moore (1744–1798) was a British Cavalry officer and a Member of the Irish Parliament for the constituency of Dungannon. 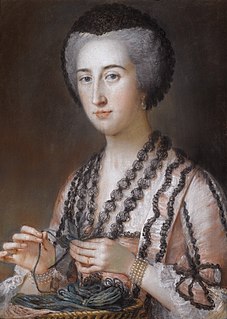