Cat Ballou is a 1965 American western musical comedy film starring Jane Fonda and Lee Marvin, who won an Academy Award for Best Actor for his dual role. The story involves a woman who hires a notorious gunman to protect her father's ranch, and later to avenge his murder, but finds that the gunman is not what she expected. The supporting cast features Tom Nardini, Michael Callan, Dwayne Hickman, and singers Nat King Cole and Stubby Kaye, who together perform the film’s theme song, onscreen, throughout the film.

Mack David was an American lyricist and songwriter, best known for his work in film and television, with a career spanning the period between the early 1940s and the early 1970s. David was credited with writing lyrics or music or both for over one thousand songs. He was particularly well known for his work on the Disney films Cinderella and Alice in Wonderland, and for the mostly-English lyrics through which Édith Piaf's signature song "La Vie en rose" gained much of its familiarity among native speakers of English. 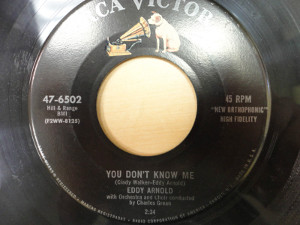 "You Don't Know Me" is a song written by Cindy Walker based on a title and storyline given to her by Eddy Arnold in 1955. "You Don't Know Me" was first recorded by Arnold that year and released as a single on April 21, 1956 on RCA Victor. The first version of the song to make the Billboard charts was by Jerry Vale in 1956, peaking at #14 on the pop chart. Arnold's version charted two months later, released as an RCA Victor single, 47-6502, backed with "The Rockin' Mockin' Bird", which reached #10 on the Billboard country chart. Cash Box magazine, which combined all best-selling versions at one position, included a version by Carmen McRae that never appeared in the Billboard Top 100 Sides listing.

Jerry Livingston was an American songwriter and dance orchestra pianist.

Joel Hirschhorn was an American songwriter. He won the Academy Award for Best Original Song on two occasions. He also wrote songs for a number of musicians, including Elvis Presley and Roy Orbison. Hirschhorn was born in the Bronx and attended the High School of Performing Arts in Manhattan. After graduating, Hirschhorn became a regular performer on New York's nightclub circuit, both as a solo singer and as a member of the rock & roll band, The Highlighters.

The 18th Academy Awards was the first such ceremony after World War II. As a result, the ceremony featured more glamour than had been present during the war. Plaster statuettes that had been given out during the war years were replaced with bronze statuettes with gold plating. Despite this, director Billy Wilder's grim and socially significant drama The Lost Weekend took the top honors. It became the first film to win both the Academy Award for Best Picture and the Palme d'Or. Joan Crawford was absent, claiming she had pneumonia. As it turned out she did win, and the award was delivered to her while in bed that night.

The 19th Academy Awards continued a trend through the late 1940s of the Oscar voters honoring films about contemporary social issues. The Best Years of Our Lives concerns the lives of three returning veterans from three branches of military service as they adjust to life on the home front after World War II.

Anne Voase Coates was a British film editor with a more than 60-year-long career. She was perhaps best known as the editor of David Lean's epic film Lawrence of Arabia in 1962, for which she won an Oscar. Coates was nominated five times for the Academy Award for Best Film Editing for the films Lawrence of Arabia, Becket (1963), The Elephant Man (1980), In the Line of Fire (1993) and Out of Sight (1998). In an industry where women accounted for only 16 percent of all editors working on the top 250 films of 2004, and 80 percent of the films had absolutely no women on their editing teams at all, Coates thrived as a top film editor. She was awarded BAFTA's highest honour, a BAFTA Fellowship, in February 2007 and was given an Academy Honorary Award, which are popularly known as a Lifetime Achievement Oscar, in November 2016 by the Academy of Motion Picture Arts and Sciences.

Elliot Silverstein is an American director, who is best known for being the director of the movie Cat Ballou (1965).

William A. Lyon was an American film editor, from 1935 to 1971. He was born in Texas, and died in Los Angeles, California. Employed by Columbia Pictures for most of his career, he was nominated for the Academy Award for Best Film Editing six times, and won twice, for From Here to Eternity (1953) and Picnic (1955). 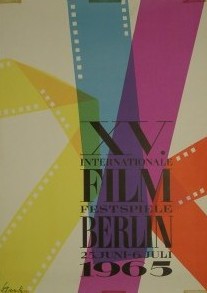 The 15th annual Berlin International Film Festival was held from 25 June to 6 July 1965. The festival started selecting the jury members on its own rather than countries sending designated representatives. The Golden Bear was awarded to the French film Alphaville directed by Jean-Luc Godard.

Inside Llewyn Davis is a 2013 French-American musical comedy-drama film written, directed, produced, and edited by Joel and Ethan Coen. Set in 1961, the film follows one week in the life of Llewyn Davis, played by Oscar Isaac in his breakthrough role, a folk singer struggling to achieve musical success while keeping his life in order. The supporting cast stars Carey Mulligan, John Goodman, Garrett Hedlund, F. Murray Abraham, and Justin Timberlake.

Gene S. Ruggiero was an American film editor. Originally a golf caddy at an exclusive New York country club, Ruggiero was fired from his job and later went to Metro-Goldwyn-Mayer where he was assigned the job of editing. He was initially unhappy with his job and would often skip working to play golf, demoted to assistant editor due to this.

The Chlotrudis Society for Independent Films is a nonprofit organization that honors outstanding achievement in independent and world cinema. The organization gives out the Chlotrudis Awards. Membership in the Society includes "the Boston film community, ... critics, film festival programmers, theater exhibitors, and representatives from consulates in Boston."