Charles Mills Tiebout (1924–1968) was an economist and geographer most known for his development of the Tiebout model, which suggested that there were actually non-political solutions to the free rider problem in local governance. He earned undisputable recognition in the area of local government and fiscal federalism with his widely cited paper “A pure theory of local expenditures”. [1] He graduated from Wesleyan University in 1950, and received a PhD in economics in University of Michigan in 1957. He was Professor of Economics and Geography at the University of Washington. He died suddenly on January 16, 1968, at age 43.

Tiebout is frequently associated with the concept of foot voting, that is, physically moving to another jurisdiction where policies are closer to one's ideologies, instead of voting to change a government or its policies.

In economics and political science, fiscal policy is the use of government revenue collection and expenditure (spending) to influence a country's economy. The use of government revenues and expenditures to influence macroeconomic variables developed as a result of the Great Depression, when the previous laissez-faire approach to economic management became discredited. Fiscal policy is based on the theories of the British economist John Maynard Keynes, whose Keynesian economics indicated that government changes in the levels of taxation and government spending influences aggregate demand and the level of economic activity. Fiscal and monetary policy are the key strategies used by a country's government and central bank to advance its economic objectives. The combination of these policies enables these authorities to target the inflation and to increase employment. Additionally, it is designed to try to keep GDP growth at 2%–3% and the unemployment rate near the natural unemployment rate of 4%–5%. This implies that fiscal policy is used to stabilize the economy over the course of the business cycle.

Robert Merton Solow, GCIH, is an American economist, particularly known for his work on the theory of economic growth that culminated in the exogenous growth model named after him. He is currently Emeritus Institute Professor of Economics at the Massachusetts Institute of Technology, where he has been a professor since 1949. He was awarded the John Bates Clark Medal in 1961, the Nobel Memorial Prize in Economic Sciences in 1987, and the Presidential Medal of Freedom in 2014. Four of his PhD students, George Akerlof, Joseph Stiglitz, Peter Diamond and William Nordhaus later received Nobel Memorial Prizes in Economic Sciences in their own right.

Thomas John "Tom" Sargent is an American economist, who is currently the W.R. Berkley Professor of Economics and Business at New York University. He specializes in the fields of macroeconomics, monetary economics and time series econometrics. As of 2014, he ranks fourteenth among the most cited economists in the world. He was awarded the Nobel Memorial Prize in Economics in 2011 together with Christopher A. Sims for their "empirical research on cause and effect in the macroeconomy".

Foot voting is expressing one's preferences through one's actions, by voluntarily participating in or withdrawing from an activity, group, or process; especially, physical migration to leave a situation one does not like, or to move to a situation one regards as more beneficial. People who engage in foot voting are said to "vote with their feet".

Robert Graham King is an American macroeconomist. He is currently Professor at the Department of Economics at Boston University, editor of the Journal of Monetary Economics, research consultant to the Federal Reserve Bank of Richmond, and a member of the National Bureau of Economic Research. 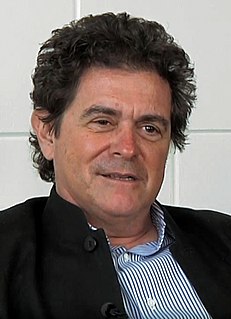 Alberto Francesco Alesina is an Italian political economist. He has published much-cited books and articles in major economics journals. 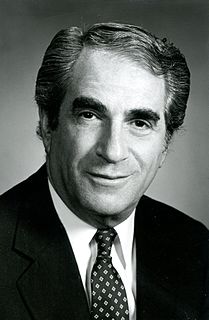 Leonard A. Rapping was an American economist, who advised several Federal agencies. He also helped develop theories on the interplay of human behavior and business cycles. He was most famous for his work with Robert E. Lucas which laid the foundations for real business cycle theory, which holds that the financial expectations of business executives and consumers help mold their decisions, therefore influencing economic outcomes. That theory helped analyze the 1970s phenomenon of "stagflation", in which prices rose despite economic stagnation and recession.

Kjetil Storesletten is a Norwegian economist. He is a professor of economics at the University of Oslo. Between 2009 and 2012 he was a monetary advisor to the Federal Reserve Bank of Minneapolis.